We think there's some developments going on with regards to Divyanka's upcoming show.

TV’s popular actress Divyanka Tripathi has won millions of hearts in her career span. Her popularity rose to leaps and bounds when her character Ishi Maa from Star Plus’ Yeh Hai Mohabbatein, was widely accepted. As the daily progressed, Tripathi’s popularity escalated, to such that she has become one of the top actresses of the TV scenario. Off lately, there were reports that the actress might make her digital debut with Ekta Kapoor’s next web series Although, neither Ekta nor Divyanka, officially commented on the project, the speculations and conjectures never ceased. There were also reports that Tripathi who plays a mother in her ongoing program, might play a chef in the upcoming series. While, there’s still no confirmation, we think there’s some developments going on with regards to the show. Also Read - Bigg Boss 15: Before the Salman Khan hosted show begins, test your BB knowledge here with this quiz

If you have a look at Tripathi’s recent Instagram story, you’ll feel the same. Divyanka shared a picture as a story where she is shooting for something. What made us skeptical was her caption. The picture was captioned, “first shoot”. Well, we all know what is the next thing Divyanka is shooting. Probably the actress could be shooting for the web series. With a table and lemon placed in front of the lady, our doubts have intensified. Chances are quite high that she might have started the shoot. Also Read - Trending TV News Today: Divya Khosla Kumar supports Pearl V Puri, Anjali Gaikwad on Aditya Narayan's statements and more 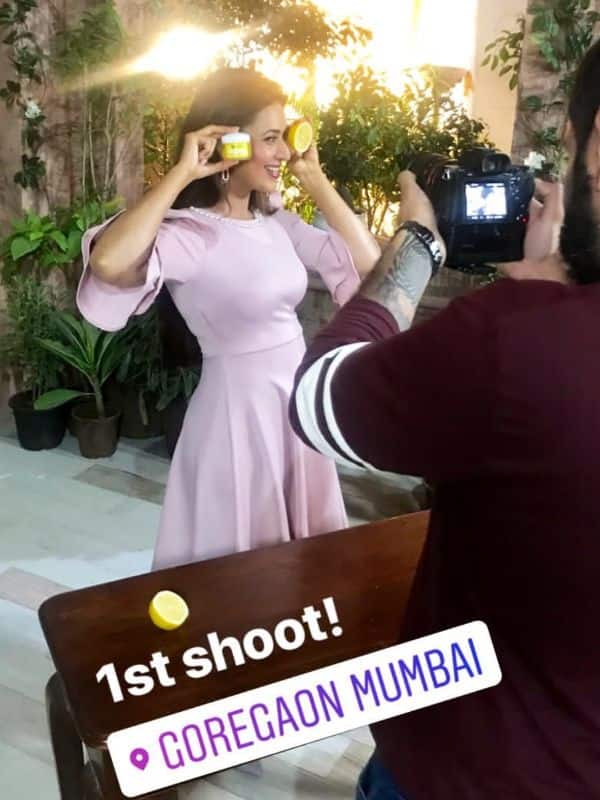 Or else, it could also be a brand endorsement? But why would the lady call it a first shoot? Irrespective, it is quite pleasing to look at the actress draped in pink.

What do you think?