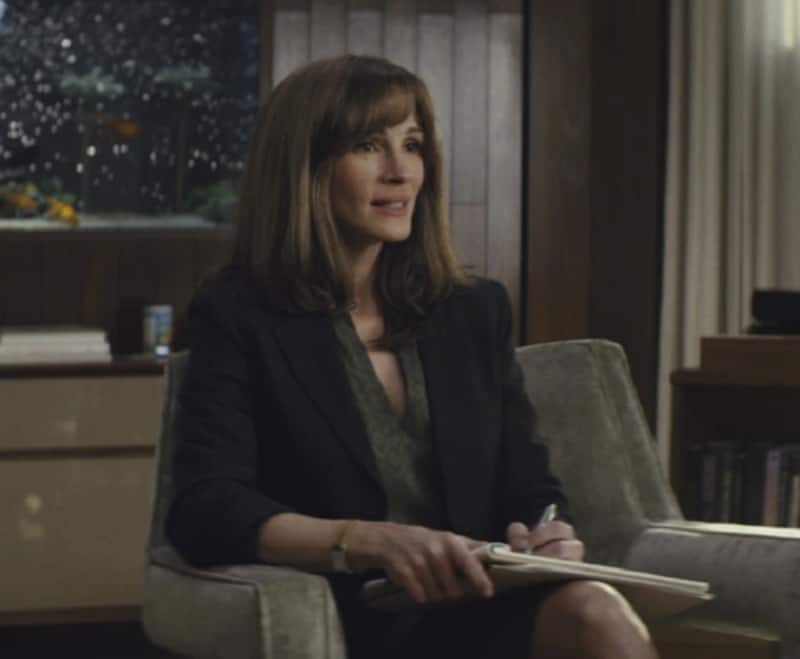 Actress Julia Roberts says working on the thriller "Homecoming" was a challenge, and feels the show can be renamed "No Easy Days". Also Read - Will Smith on a spiritual trip to India, here's a look at Hollywood actors who visited temples [View Pics]

"I was really taken with the podcast," said Roberts in a statement to IANS. Also Read - Stink Attack: 11 Hollywood celebs who smell so bad that working with them was a punishment for co-stars

"The characters were terrific. (Actress) Catherine Keener is a friend of mine -- she played Heidi in the podcast -- and she was fantastic. I was listening to it with (a TV series) in mind. The audio, the sound production, the fish-tank bubbles… it was all so visual. Micah and Eli know this material inside and out," she added.

Directed by Sam Esmail, the show follows the life of case worker-turned-waitress Heidi Bergman (Roberts) as she struggles to remember her time working at a facility that treats soldiers returning from war.

The actress was happy to work with Esmail.

"He's an incredible intellect and has such a very specific vision," she said.

"I come from films where there's just one captain throughout. And I know from friends and family who work in television that there's a changing-of-the-guard in every episode, which I'm unaccustomed to."

"Homecoming" was just so surgical in its complexity, said the actress.

"The different time periods, all the different characters - they required a need for one voice behind it the whole time.

"I said from the beginning that I really wanted one person to direct all the episodes. And if that person wasn't Sam, then I probably wouldn't do it."

Roberts echoes her collaborators' enthusiasm about the show's set design.

The "Eat Pray Love" star said: "They built it so that we could do these incredible camera manoeuvres. I think there are days when we've done 11 pages of dialogue in one camera move up and down hallways, downstairs, through huge conference rooms and cafeterias - it's pretty amazing.

"It's been pretty challenging. The show could be renamed, 'No Easy Days' because there were none! But my collaboration with Sam has been so joyful. We're just two peas in a pod. He's very specific and clear in his direction. It's been relatively effortless."

"Homecoming" will stream on Amazon Prime Video from November 2.