These pics confirm that Kapil and Ginni are very much together

Kapil Sharma, who is currently gearing up for the release of his second film Firangi, celebrated his lady love Ginni Chatrath's birthday along with his film's co-stars and industry friends, today. The comedian, who has been busy promoting his upcoming film on twitter, surprisingly didn't share any birthday pictures on social media. Also Read - Kapil Sharma's rockstar daughter Anayra dancing to Honey Singh's Jingle Bell is the cutest video on the internet today

Popular comedienne Bharti Singh was also present at the private bash and thanks to her Insta stories, we got to peep inside Ginni's birthday celebration. The happiness on Kapil's face was just unmissable. The comedian-turned-actor looked visibly happy in his lady love's presence as he cheerfully sung the birthday song for her. Ginni too looked joyful as she thanked all his friends for their wishes and gifts. Also Read - Here's what Kapil Sharma replied when a fan asked him about his newborn son — read tweet

Here are some pics - 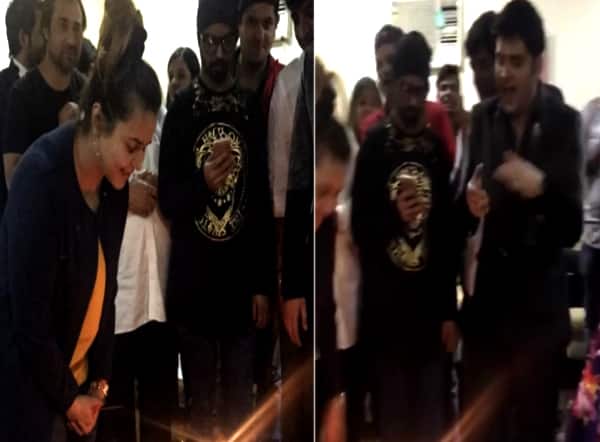 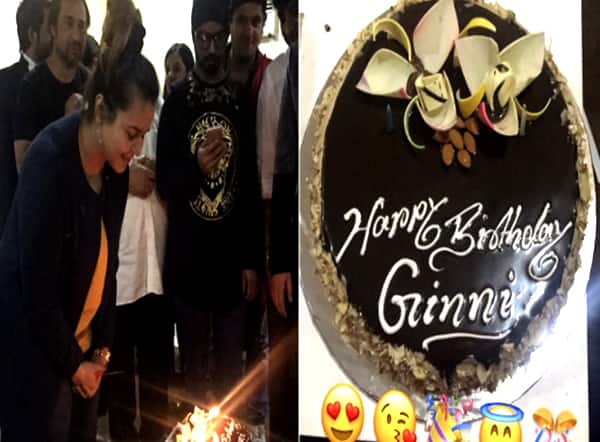 The couple was reported to have had a break up but Kapil always maintained silence on the matter. On Firangi's trailer launch, too, he refused to talk about this one topic while he opened his heart in front of the media on all the other controversies related to his life.

Kapil and Ginni quashed all the break-up rumours when they together visited Shirdi Sai Baba temple with Kapil's mother a few months back. Kapil shared his relationship status with the world in March this year, when he posted a selfie with Ginni and wrote, "Will not say she is my better half...she completes me... love u ginni... please welcome her .. I love her so much :)"

Ginni has been constantly supporting Firangi on social media, which again speaks volumes about their relationship. It's said that she had a huge role to play in Kapil's recovery.