Should we expect another crying video Bieber? 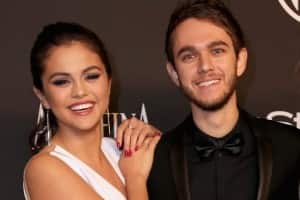 will reportedly grace this year's Grammy Awards with music producer Zedd, and one person who is said to be “depressed” about this is her former boyfriend Justin Bieber. Also Read - Indian Idol 12: Unlike previous episodes, Shanmukhapriya garners praises from netizens; fans compare her to Shakira and Justin Bieber

According to a source, Gomez, 22, is moving forward with her new life with Zedd, 25, in a big way, and it’s making Bieber, 20, feel devastated, reports hollywoodlife.com. “Selena’s totally with Zedd now. They’re going to the Grammys together and Justin is super depressed about it,” the source said. Also Read - Trending Hollywood news today: BTS and Jennifer Lopez collaboration on the cards, Ryan Reynolds opens up about his 'fairytale romance' with Blake Lively and more

Gomez and Bieber were seen together in the 2011 American Music Awards and the 2011 and 2013 Billboard Music Awards. The 2015 Grammy awards will take place Feb 8 at the Staples Center here. Also Read - Trending Hollywood new today: BTS' shocking confession regarding Ed Sheeran, Britney Spears feeling 'blessed' after hiring a new attorney and more