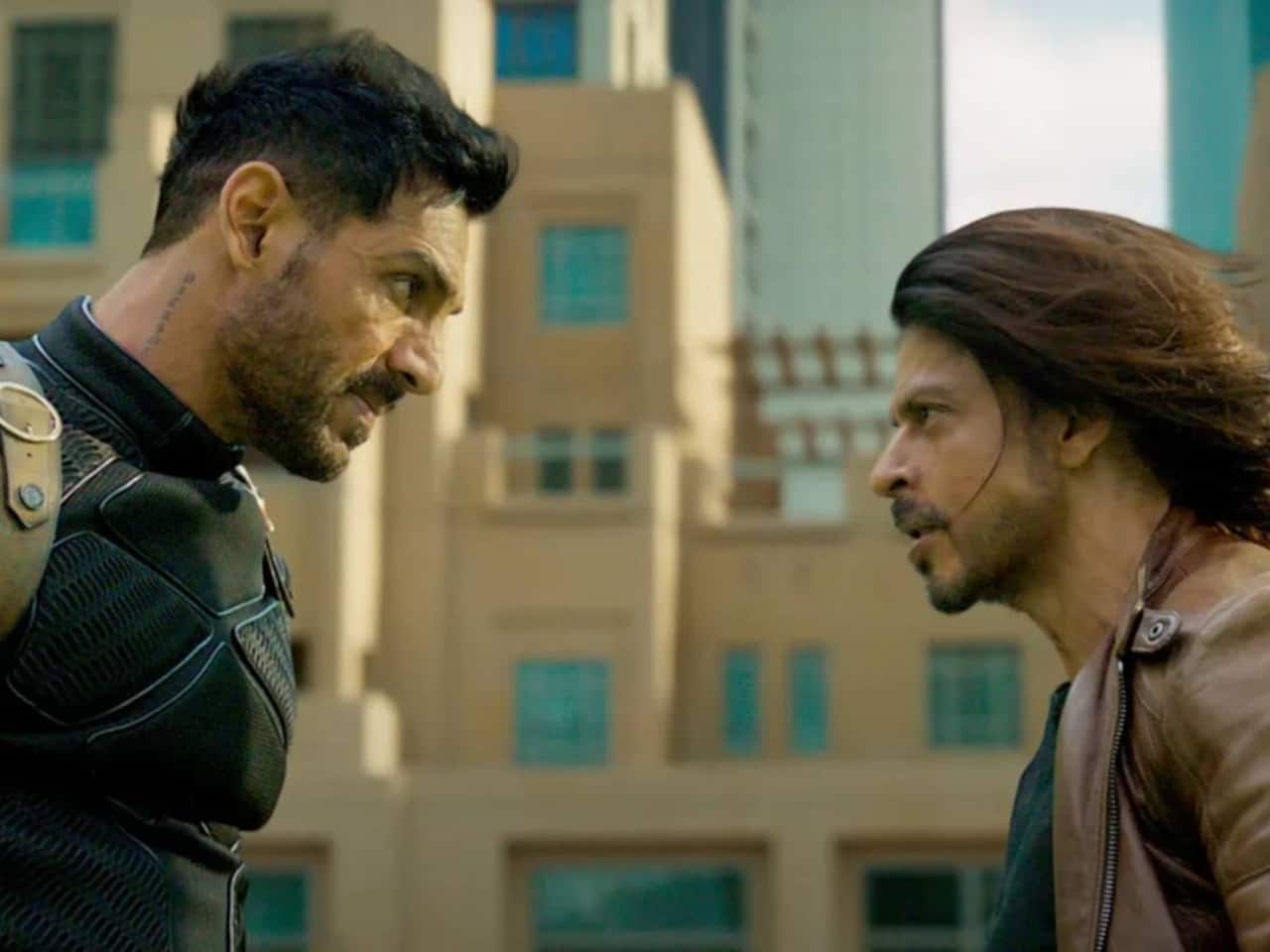 The highly anticipated and much-awaited film of the year Pathaan is nearing its mega release. The team is just promoting the film through the trailer and songs which is quite enough for the film to make record-breaking business already through advance booking. Helmed by Siddharth Anand the actioner holds a patriotic side in the story starring Shah Rukh Khan, Deepika Padukone, and John Abraham. Ahead of the high-octane thriller release SRK sang praises of his co-star John Abraham. Also Read - Pathaan Box Office: Shah Rukh Khan's film to shine in the Telugu market, shows at Hyderabad cinema hall sold out

The makers held a chat session with the superstar and shared the video on the official Twitter handle of Yash Raj Films. Bollywood Badshah shared his experience of working with John Abraham and reveals he is a gentle giant. This marks the duo’s first movie together however they have known each other ever since King Khan moved to Mumbai. Khan revealed that John is one of his first friends or first acquaintances to start with later turned into friendship. Adding further he said, the actor is very shy, very quiet, and very reclusive. Also Read - With Pathaan Shah Rukh Khan fulfills his dream of 32 years, 'I love DDLJ and Rahul, Raj but... '

Shah Rukh Khan says it was nice working with John Abraham who plays the antagonist in the movie and realized he is a gentle giant. The actor shared an anecdote where he had to convince John a lot to punch him for the scene as he didn’t want to hurt SRK calling him a national treasure. Also Read - Varisu vs Thunivu day 7 box office collections: Thalapathy Vijay starrer enters Rs 100 crore club in India; Ajith Kumar yet to catch up

To play a bad guy it takes a lot of guts when you are a lovable hero, said the superstar. He has a deep respect for John who owns franchises where he has cool action films. SRK added John is a top star and heroes don’t play bad guys. The actor further stated that the Force actor is proficient in action and helped him look nice. Shah Rukh Khan hopes when Pathaan comes out one of the most liked characters, genuinely is John's.