After Alia Bhatt, Ranbir Kapoor announce pregnancy, a condom brand extends FUNNIEST wish to the couple; it has a Channa Mereya connect

Alia Bhatt and Ranbir Kapoor have been flooded with congratulatory messages from the media, fans and industry insiders ever since they announced the former's pregnancy, but the wittiest wish of all has hands down come from this condom brand 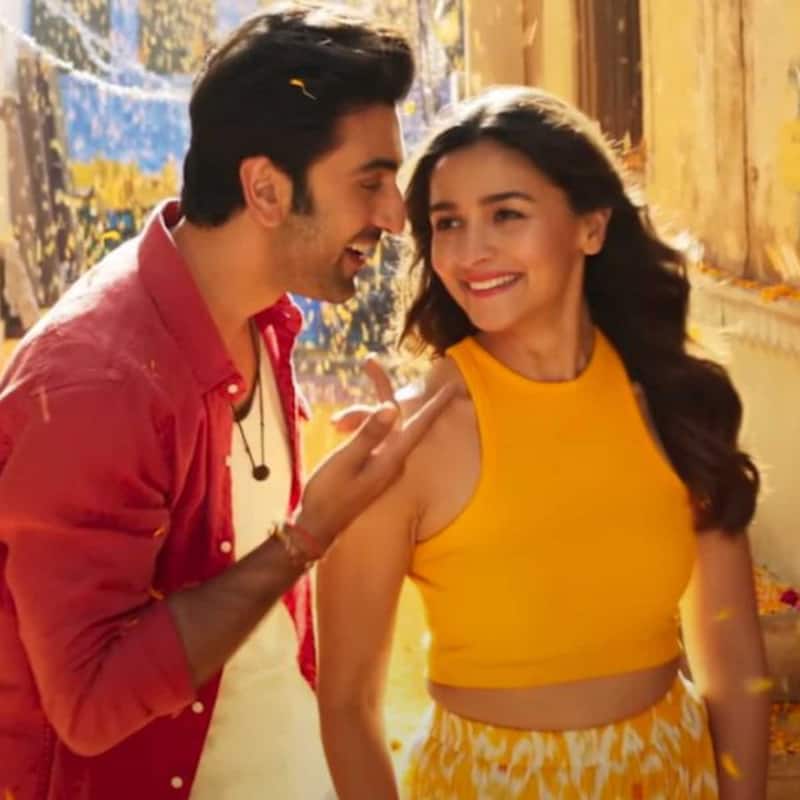 Alia Bhatt is expecting her first baby. Barely a little over two months since tying the knot with Ranbir Kapoor, the happy couple has exuberantly announced to the world that they're on the road to become parents. Alia Bhatt took to her official Instagram handle earlier today, 27th June, to break the news to all her fans and the rest of the world in a cute post, where she can be seeing lying on a hospital bed, wistfully looking at the sonography screen of her baby (covered with a large heart emoji) to obstruct the pic from the public's view while hubby Ranbir Kapoor looks on though we can only see him from the back. She captioned the post: “Our baby ….. coming soon.” Check it out below: Also Read - Katrina Kaif-Vicky Kaushal spotted at a clinic amid the rumours of actress' pregnancy; fans say, 'Baby loading' [View Pics]

Alia Bhatt and Ranbir Kapoor have been flooded with congratulatory messages from the media, fans and industry insiders ever since they announced the former's pregnancy, but the wittiest wish of all has hands down come from condom brand Durex who shared a post that read: “Mehfil mein teri, hum toh clearly nahi the,” and captioned it: “The JOMO is REAL! Congratulations Alia & Ranbir. #ranbiralia #Ralia #AliaBhatt .” Check it out below: Also Read - Trending TV News Today: Raju Srivastava remains critical in coma, Nupur Alankar gives up acting for sanyas and more

So, what will now happen to Alia Bhatt's upcoming Hollywood debut, Heart of Stone, which she's currently shooting for with Gal Gadot aka Wonder Woman and Jamie Dornan (Fifty Shades of Grey). Well, a source close to the actress has exclusively apprised BollywoodLife that Alia Bhatt will continue her shooting assignment for the Netflix movie as per her commitments as her pregnancy phase has just begun and there's no reason why she needs to go off work in the foreseeable future.

Alia Bhatt to promote Brahmastra as planned during pregnancy

So, what about her upcoming commitments to Brahmastra? Another well-placed source in the industry has informed us that her schedule to promote the Karan Johar and Ayan Mukerji film, costarring husband Ranbir Kapoor in the lead will also go on as planned as even by then she'll just be midway through her pregnancy. Well, it's good to see work not taking a back seat till it has to, right? Also Read - Liger star Vijay Deverakonda is TIRED of restless promotions; talks about taking a proper break and his next with Samantha Ruth Prabhu