83 FIRST movie review OUT: Ranveer Singh and Deepika Padukone’s film is a MASTERPIECE

Kabir Khan’s wife Mini Mathur, on her Insta story, has shared the reviews of the people who have watched the film. While some are calling 83 a masterpiece, some have said that they got goosebumps multiple times while watching the movie. From performances to direction, everything about the film is being praised. Check out the posts of Mini below… Also Read - Trending OTT News today: Deepika Padukone trolled for her outfit, Baahubali – Before the Beginning canned and more 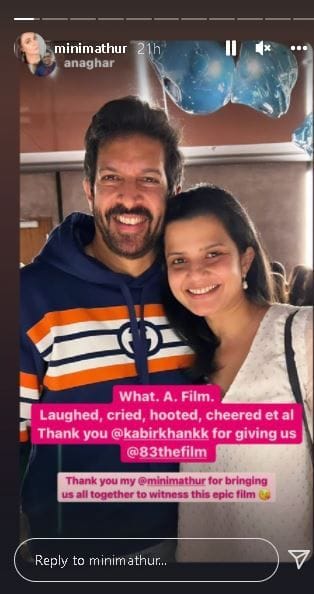 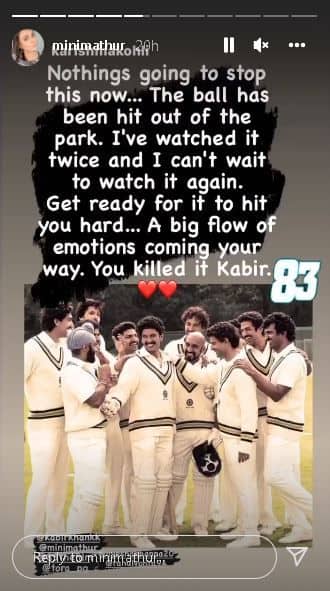 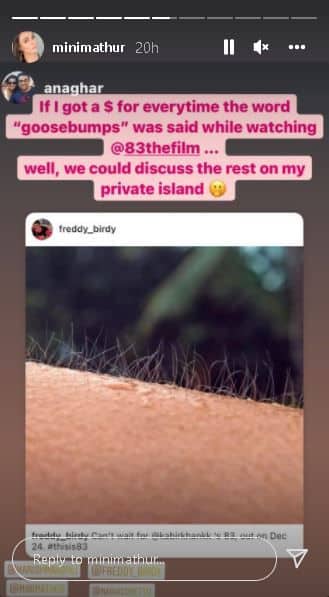 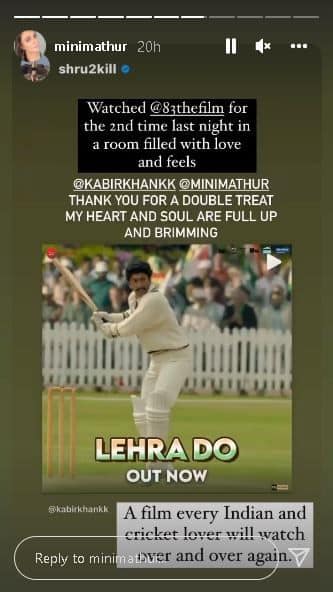 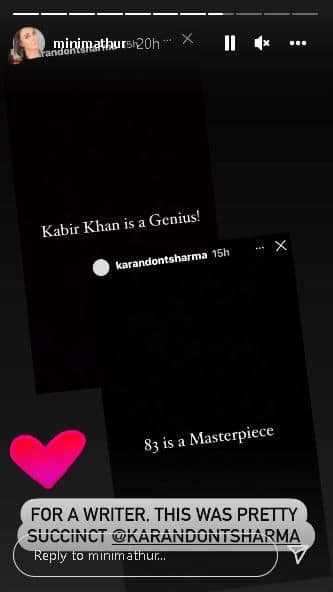 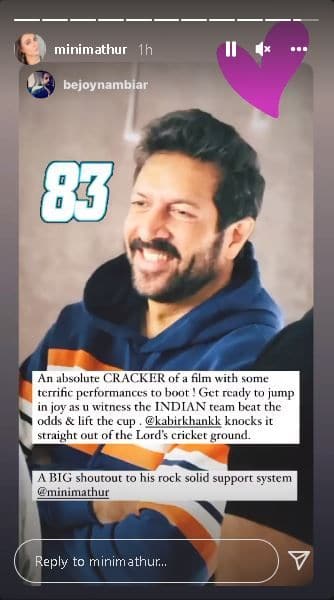 83 is based on the Indian cricket team’s victory at the 1983 World Cup. It was a historic moment for the country. Ranveer will be seen playing the role of Kapil Dev in the movie, and Deepika portrays the character of Dev’s wife Romi Bhatia. The looks of both the actors have been the talk of the town since the trailer has released. Deepika is not just acting in the film, but she is also one of the producers.

The movie is shot in Hindi, but it will be dubbed and released in various languages like Tamil, Telugu, Kannada, and Malayalam. It will also be released in 3D.

While sharing the trailer of the film, Deepika had posted on Instagram, “The incredible true story of the underdogs who pulled off the unthinkable! #83Trailer in Hindi Out Now: https://bit.ly/83HindiTrailer 83 RELEASING IN CINEMAS ON 24TH DECEMBER, 2021!”

83 is expected to take a flying start at the box office. It is releasing during a holiday period (Christmas), and there's no other biggie hitting the big screens with the movie.