An Action Hero starring Ayushmann Khurrana and Jaideep Ahlawat has made it to the theatres. Going by the Twitter reaction, the films seems to have impressed all. 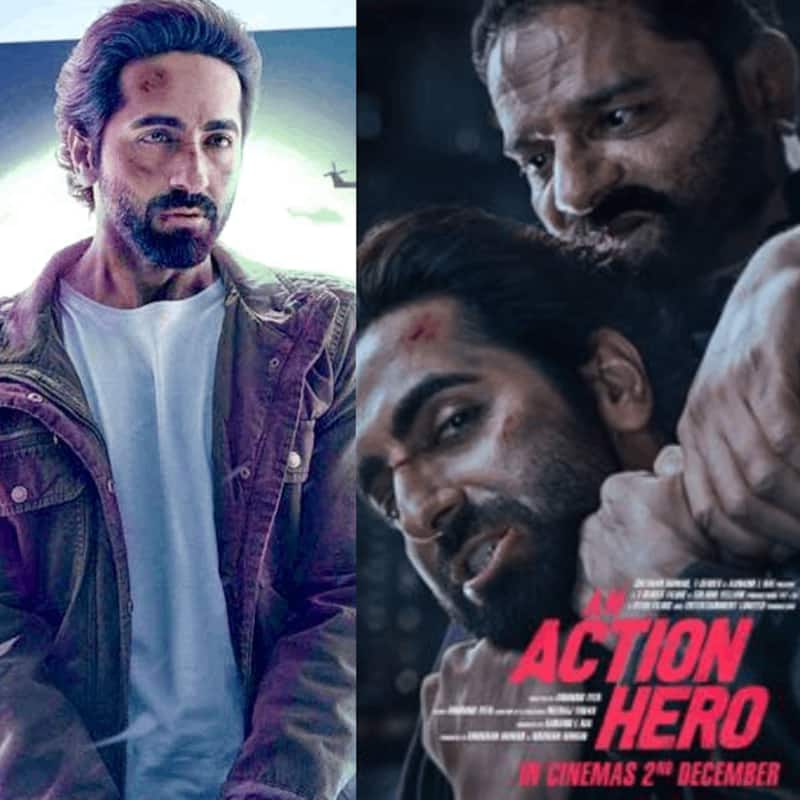 It is a busy month for Bollywood. Quite a few films are making it to the theatres. From Drishyam 2 to Bhediya - a lot of Bollywood films have hit the theatres. This Friday, An Action Hero starring Ayushmann Khurrana and Jaideep Ahlawat has made it to the screens. Ayushmann Khurrana is known for his content-driven and light-hearted films. But this time, he has donned the cape of an action hero. Jaideep Ahlawait who is a critically-acclaimed actor gives him company. As the movie makes it to the screens, Twitter is filled with reactions. Also Read - From Kartik Aaryan to Anil Kapoor: Bollywood actors who are desparately looking to work in south films

Netizens and critics are quite impressed with An Action Hero. The film seems to have all the needed drama and action that is required. Plus, there is a special cameo of none other than Akshay Kumar. Many are also very impressed with the unexpected climax scene. In all, everyone only has good things to say about Ayushmann Khurrana's latest offing. Also Read - Shah Rukh Khan on Pathaan's opening day collection; one word for KGF star Yash, favourite player in FIFA World Cup 2022 and more from #AskSRK session

Had a blast watching 'An Action Hero' - a hilarious satire of many current events surrounding Bollywood, our news media and the fickle nature of fandom. And the action kicks ass too. This is now my favorite @ayushmannk movie.

#AkshayKumar in #AnActionHero is THE AKSHAY KUMAR we all have been missing for years now. Don't remember when was the last time, a star's cameo made me laugh this much in just a few minutes. PLEASE laut aao Akshay! @akshaykumar #AyushmannKhurrana #ActionHero

What a Amazing Movie ?? Loved it

Thank you @ayushamnnk @JaideepAhlawat for Giving a Wonderful & Blockbuster Movie.

#AnActionHeroReview: On the whole, #AnActionHero is brawny, dynamic and witty. #AnirudhIyer's direction is first-rate and quite good for a debut. The first half is tremendous, while the second half takes a dip, with the film picking up toward the climax. Give this one a shot!

#AnActionHero #AyushmannKhurrana never disappoint us with his script selection or acting.
From start to end, this movie will keep the audience on the edge of their seat.
Congratulations @ayushmannk @JaideepAhlawat for your brilliant performance#AnActionHeroReview ⭐⭐⭐⭐ ?

Are you ready to watch An Action Hero now? It seems it is time to flock the theatres. Also Read - Top OTT updates: Aarya 3, Mirzapur 3, Malaika Arora reacts to Nora Fatehi's walkout and more