Jackie Shroff, Pratik Gandhi and others starrer Atithi Bhooto Bhava is out on Zee5. Is it worth watching? Read the review here. 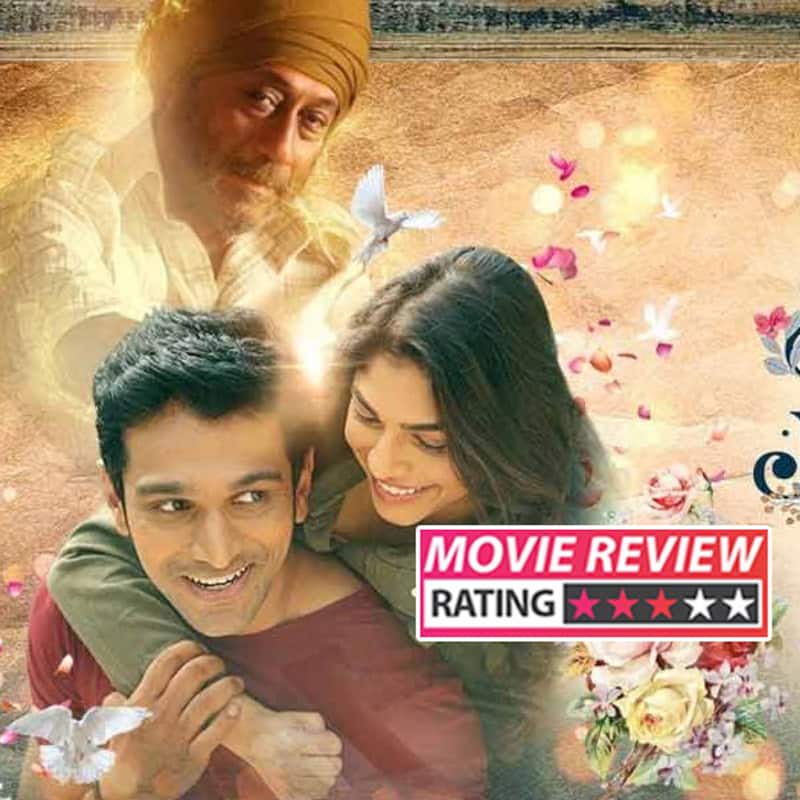 In the mix of content-driven and full-on masala entertainers, horror/supernatural movies do take up some space. There are very few movies in the supernatural genre that have managed to impress the audience. From Bhootnath Returns to recent being Stree, viewers have started liking these movies that touch an emotional chord. Adding to the list of such films is Atithi Bhooto Bhava. Also Read - Ranveer Singh losing a role to Ranbir Kapoor, Janhvi Kapoor labelling it a 'never-ending debate' and more Bollywood stars' recent fiery statements on nepotism

Pratik Gandhi, Jackie Shroff, Sharmin Segal, Divinaa Thackur and Siman Sharma starrer is a story about a new-age couple that is in a live-in relationship. Pratik Gandhi aka Srikant is a stand-up comedian whereas his girlfriend Sharmin Segal aka Netra is an air hostess. The couple has lost love and needs a dash of romance to add spice. When Pratik Gandhi goes the Pyaar ka Panchnama way ranting against his girlfriend through his comedy, boom Jackie Shroff appears. He plays the role of Makkhan - a ghost. He meets Pratik Gandhi and then begins a journey to complete Makkhan - a ghost's love story. Pratik, his girlfriend, their friend and the ghost then embark on a road journey to Uttar Pradesh, to Makkhan's village, to find his childhood love. The twist comes in the end but we won't give out spoilers. But as a teaser, we'll tell you that Pratik Gandhi aka Srikant was Makkhan's grandfather in his previous life. Well, how the road trip goes and what comes in the end, is for you to watch. Also Read - Jitendra Kumar in Panchayat 2, Manoj Bajpayee in The Family Man 2 and more – check out the 10 highest paid actors on OTT and their hefty fees

Watch the trailer of Atithi Bhooto Bhava below

The movie begins with a picturesque view of nature and farm fields. It basically jumps from past into present and back, thus giving a beautiful view of the two eras. The USP of the movie definitely is Jackie Shroff. He is cute as Makkhan - a character that holds emotions of pain and love. He is basically meeting his Daduji who is now much younger than him. His antics as a ghost are sweet to watch. Pratik Gandhi does his best to hold the plot in place with his natural acting, however, the expectations from him are sky high now post the success of Scam 1992. He manages to throw some good punch lines and make you chukle, his talent appears to be underused in the film. The background score done by Prasad S is soulful. The romantic songs in the film add the feel to the film.

While Jackie Shroff and Pratik Gandhi have tried hard to keep their act as natural as possible, the supporting cast like Divinaa Thakur and more have gone a little overboard. Further, the statement like 'Galliyan saari Chinese ki tarah hai, sab ek jaisi hi dikhti hain' was totally unwarranted. The script of the film could have been crisp and the writer could have avoided contrasting scenarios. At one point it's shown that a man willingly makes breakfast for his girlfriend while at one point it's shown that a man can simply cannot stop boasting about how 'men' in the family are handsome thanks to their genes in front of his daughter. This to make people believe that one needs to accept partner with flaws. No, why? In the bid to make the climax twisted, the story gets stretched. At one point, when there are two contrasting eras showcased, the film appears a mix of Anushka Sharma's Phillauri and Saif Ali Khan-Deepika Padukone's Love Aaj Kal.

Atithi Bhooto Bhava is a good attempt by director Hardik Gajjar to provide a funny yet heart touching film. It is a one time watch film but do not keep high expectations.