Bhool Bhulaiyaa 2 movie review: Kartik Aaryan is all fire and brimstone in this rare sequel that's better than its predecessor

Bhool Bhulaiyaa 2 revolves around Kartik Aaryan, who accompanies Kiara Advani to her ancestral, palatial home in Rajasthan to help her pull of a huge lie with her family, but the injection of Manjulika, the family's ancient, evil spirit, turns things upside down. 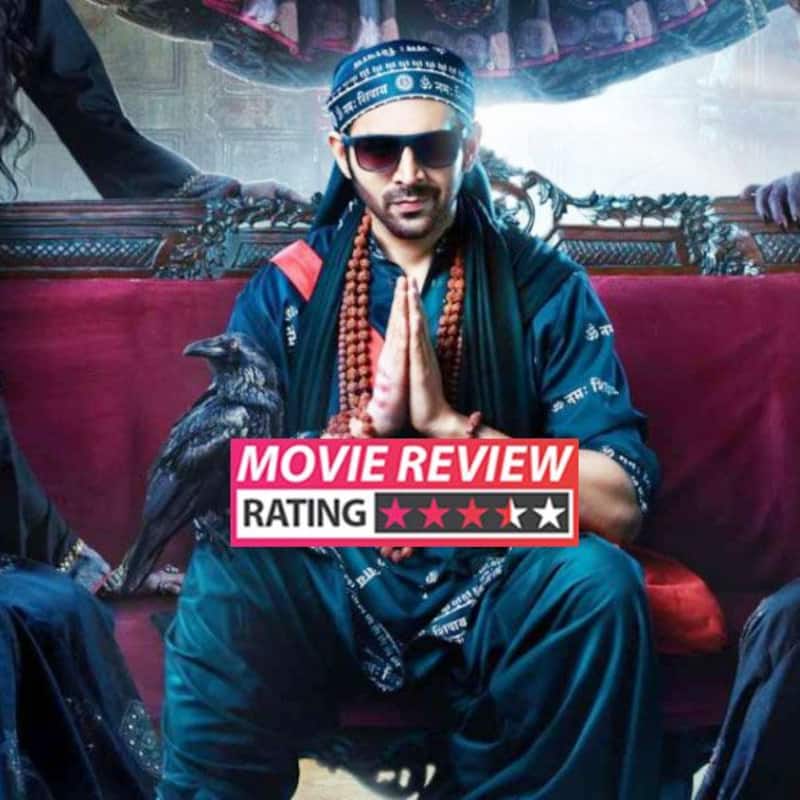 In all fairness, the first Bhool Bhulaiyaa gets a much better rep than it probably deserves, at least according to me. It's nowhere near the same league as one of iconic comedy Director Priyadarshan's better films, and truth be told, lacks a bit in terms of horror or comedy for a horror comedy, mainly clicking due to Akshay Kumar and Vidya Balan rising leaps and bounds above the script, and a big, neat, pre-climax twist before a time people had easy access to South originals to known what they were getting into with the remake. So, while many might be on the fence about a sequel arriving 15 years later and having to live up to perceived lofty standards of its predecessor, the reality is that Bhool Bhulaiyaa 2 merely needs to get its horror and comedy elements more evened out, more in sync and that's half the job done right there. Well it does that, and then some, with the Kartik Aaryan, Kiara Advani, Tabu, Rajpal Yadav and Sanjay Mishra starrer also boasting a tight script for the most part and an even better pre-climax twist this time around. Also Read - Neetu Kapoor badly trolled for living her life after Rishi Kapoor's demise; ‘Rishi sir kya gaye, ye toh...'

After meeting on a bus, Ruhan (Kartik Aaryan) accompanies Reet (Kiara Advani) to her ancestral, palatial home in Rajasthan to help her pull of a huge lie with her family. While her family and the surrounding village are soon convinced that he can communicate with spirits, christening him Rooh Baba, both his façade and Reet's lie are quickly threatened with her family's ancient evil spirit, Manjulika, enters the fray.

Watch the Bhool Bhulaiyaa 2 trailer below:

First things first: Kartik Aaryan is Bhool Bhulaiyaa 2 and Bhool Bhulaiyaa 2 is Kartik Aaryan as her outshines Akshay Kumar from the first part, delivering his best act yet, toeing multiple tight ropes of comedy, emotion, romance, anxiety, swag and dance like a pro. He reminds one and all how a solid commercial script and a strong leading role, backed by a very good commercial actor can offer said actor the scope to display their entire range more than probably an art of middle-of-the-road film ever could.

Kiara Advani adds more promise to her burgeoning skill-set, holding her own despite a slightly under-cooked part, whereas Tabu is given the meatiest role after Kartik, actually serving as the catalyst of the plot, and no prizes for guessing how her pedigree chews it down to the bone. Coming to the script, it inculcates so many multiple plot devices that it could all have gone horribly wrong, so kudos to Farhad Samji and Aakash Kaushik for keeping it ironed out, non-complicated and tightly wound for the most part, aided further by Anees Bazmee's best directorial work in years.

A special shout out for Aakash Kaushik's rib-tickling punchlines that fly thick and fast from start to end sans any pauses. Another shout out, too, for the near-impeccable makeup, especially how effortlessly young they make Tabu look in the flashback portions. The big twist is also pretty unexpected and satisfying as is the right balance struck between horror and comedy, plus the few albeit genuinely chilling moments that accentuate the horror quotient.

The icing on the cake is how well defined every other character, big or small, is, and how well every supporting actor plays their part – Rajpal Yadav, Sanjay Mishra, Ashwini Kalsekar and Rajesh Sharma making the most of some terrific lines and scenarios with their sublime comic timing. Other high points include Manu Anand's A-class cinematography, the commendable VFX, lavish production design and Sandeep Shirodkar's background score that's necessarily spooky or funky as required which collectively avoid making the supernatural bits look tacky in any way (despite a bomb not being spent on the technical departments).

As satisfying as the pre-climax twist it, it's aftermath is a tad confounding and raises doubts over how things pan out. The final execution also leaves a slightly underwhelming taste in the mouth, especially compared to all that precedes it. Pritam and Tanishk Bagchi's music is a big letdown, with no song, with the forced exception of De Taali making a minor impact. Once again, the editing is an issue, with Bunty Nagi forgetting to snip about 20-25 minu from the film.

Despite some narrative lapses during the climax and its slightly sour aftertaste, Bhool Bhulaiyaa 2 is a very funny, effectively chilling horror comedy, boasting a firecracker Kartik Aaryan in red-hot form, backed by the veteran Tabu doing what she does best, a tight script, Anees Bazmee's best directorial work in years, a game supporting cast, and solid VFX, makeup and production values, making this one of Indian cinema's better horror comedies and an extremely rare sequel that outdoes its predecessor in almost every aspect. I'm going with 3.5 out of 5 stars.