Captain movie review: Arya proves his mettle again in this action thriller that gives you a break from the routine and rom-coms 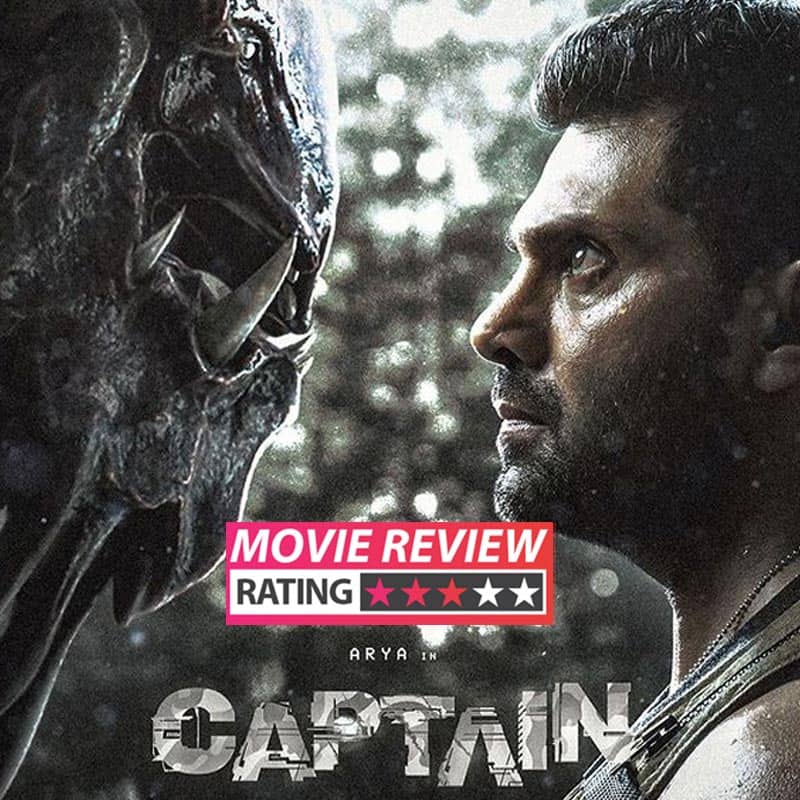 Arya is back in theatres today with Shakti Soundar Raja’s Captain. The Raja Rani hero is known for choosing scripts that are different from the routine. He is undoubtedly one the most bankable actors down the south and once again, with Captain, Arya is back with another actor entertainer. Here’s our review of Captain. Also Read - 'Working with Kangana Ranaut was a massive mistake', Hansal Mehta reveals his Simran experience

What's it about? Also Read - Mahaan: Chiyaan Vikram and son Dhruv Vikram starrer to premiere on Amazon Prime on THIS date – plot deets inside

Somewhere in a deep and thick forest, a bunch of Army officials, traveling in a jeep, get killed. Nobody knows who killed them. This has happened many times with many other officials as well. In the next scene, Major Vijay Kumar (Arya) and his team are in the middle of a mission of saving hostages. After successfully, saving the hostages, Vijay and his team are given the job of going into Sector 42, which is closer to the Indian border with three other countries. Vijay, as a Captain, is asked to go into the forest to find out who’s behind the killings of these officials. Scientist Keerthi (Simran) tells Vijay that there is an alien-like creature behind all these killings. What is this creature? Why is this killing people? Who is the mastermind behind it? This is what Vijay has to unveil with the help of his team and make India proud.

The concept is nice. It is different from the routine and definitely something that Tamil cinema hasn’t explored till now. Director Shakti, earlier, directed a film called Tik Tik Tik and it is a huge hit. Coming to Captain again, the story is simple yet meaningful. It is very clearly told that humans are the mastermind behind various destructions happening on the earth and that one day it is going to put all of us in a danger. VFX is the main asset of the film.

Arya got into the skin of the character and he has done a really good job. He is that perfect man and an Army official any country would want to have. Heroine Aishwarya Lekshmi has nothing big to do in the film and is seen hardly in four to five scenes and a song.

Simran’s role has some negative shades and she is a perfect choice to play the arrogant, egoistic, and rich scientist who can go to any lengths to achieve her dream. That one romantic song between Arya and Aishwarya is beautiful and soothing. BGM and music D Imman have taken the movie to next level for sure.

The director should have focused a little bit more on the narration. He should have increased the length of the film (it is 1 hour 57 min only) and elevated the climax. The main creature dies with the help of two bombs while it is difficult to kill the miniature creatures. In a film, where help from the Indian army is sought to kill creatures, the elevation needs to be big. The story needs to be built on a larger scale and the screenplay is slow, though it is entertaining in bits and pieces.

BL Verdict: This action thriller is a must if you want a break from the routine and rom-coms. Arya is a visual delight here.