Are you planning to watch Rakulpreet Singh, Sumeet Vyas starrer Chhatriwali on Zee5? Read our Chhatriwali review first and decide for yourself... 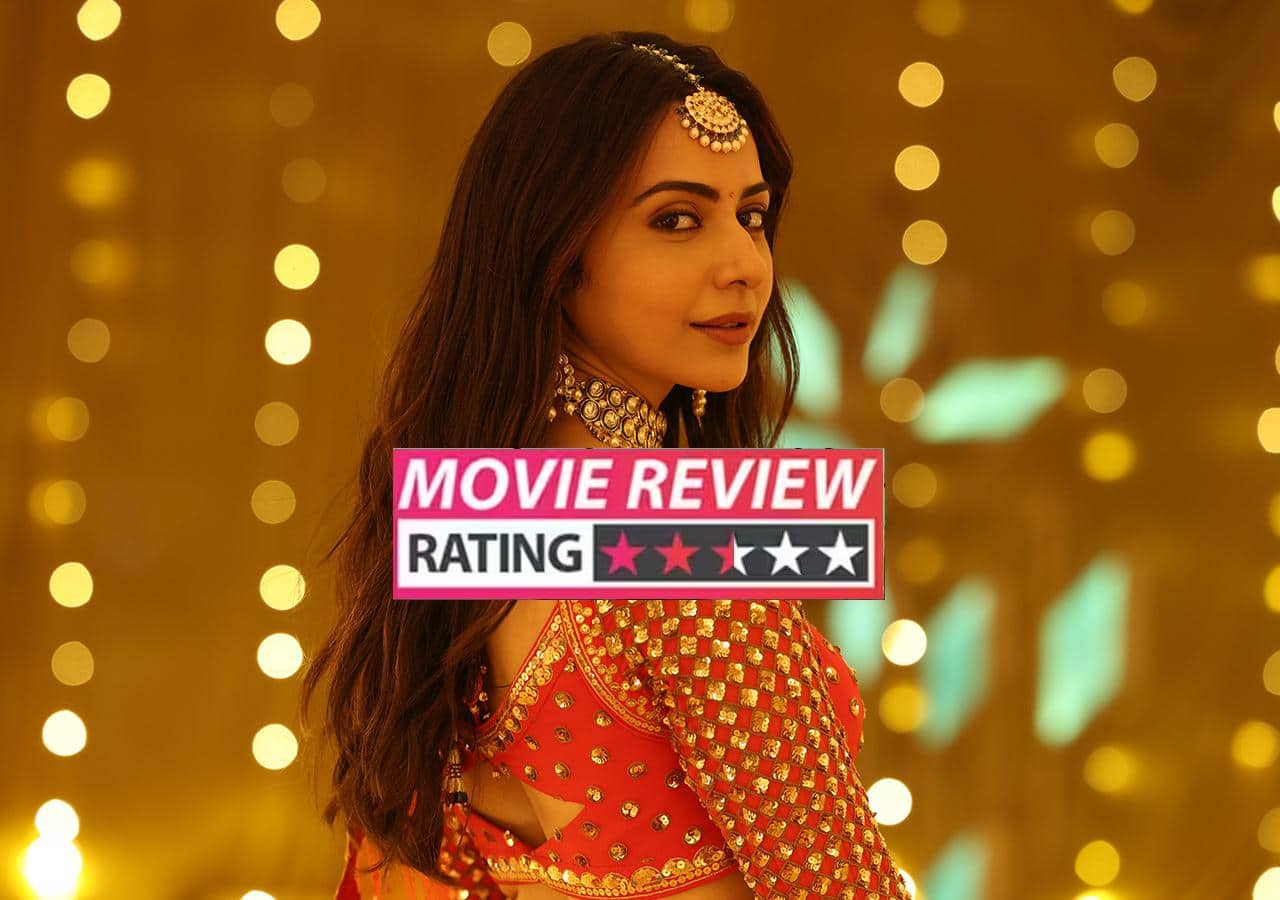 Of late, there have been a lot of remakes, action-thrillers, comedies or period dramas have been releasing in theatres and on OTT platforms as well. And there are only some movies on social causes. While Bollywood has been trying to revive the industry, OTT has picked up some interesting subjects and one such is Chhatriwali.

Chhatriwali follows the life of a simple girl next door Sania Dhingra (Rakul Preet) from Karnal. She is a chemistry graduate and a very good one. But the lack of job opportunities are leaving her demotivated. She tutors kids in her area while she goes from one interview to another to find a decent job. A chance meeting with Ratan Lamba (Satish Kaushik) changes things for her. Impressed by her knowledge of chemistry, he offers her a job in his company as a Quality Control Head. The catch is the product. Lamba owns a condom factory Cando Condoms in Karnal. After fighting her initial notions she finally decides to join the company for the hefty pay that comes with it. How she realises the importance of what she does, change the mindset of her husband Rishi Kalra (Sumeet Vyas) who doesn't want to use condoms as he feels 'raincoat pehenke baarish mein bheegne ka kya mazaa' or makes her brother-in-law who is a biology professor to give up his ideas about sex education and do justice with his teaching about reproductive system forms rest of the story. Along the way she is also able to positively influence students and women in her city, which makes her cause bigger and more impactful.

Rakul Preet Singh carries the film on her shoulder. She plays the girl next door, the kind of role she has aced over her short career and is a delight to watch. The casting is done perfectly and the setting blends with the storyline. Performances are earnest in this film about an important subject that needs to be brought to light time and again.

In the past couple of years, there have been two more films that addressed the issues of safe sex, contraception and advocated the use of condom. One is Aparshakti Khurrana's Helmet, the other is Nushrratt Bharuccha's Janhit Mein Jaari. While the former dealt with the subject in a fun and quirky way, the latter exposed a stark reality of the situation in an impactful way. Chhatriwali falls short of either. The film just touches upon the issues without going deeper or stirring emotions. The lack of these keep it restricted to one family's issue instead of making it a pertinent, universal issue. The storyline is also very similar to Janhit Mein Jaari but that could have been overlooked if the treatment was similarly impactful. Because subjects like these need regular telling.

BL Verdict: A film on an important subject as this deserves attention. However, it could have made a better effort to talk to its TG and drive home the importance of conversation around this taboo topic. Considering the perfect casting, important topic, and earnest performances, we will go with 2.5 stars.