Cirkus Movie starring Ranveer Singh, Pooja Hegde and Jacqueline Fernandez has released today and you MUST read this movie review before you make a decision to watch or ditch Bollywood's BIG Christmas 2022 release. 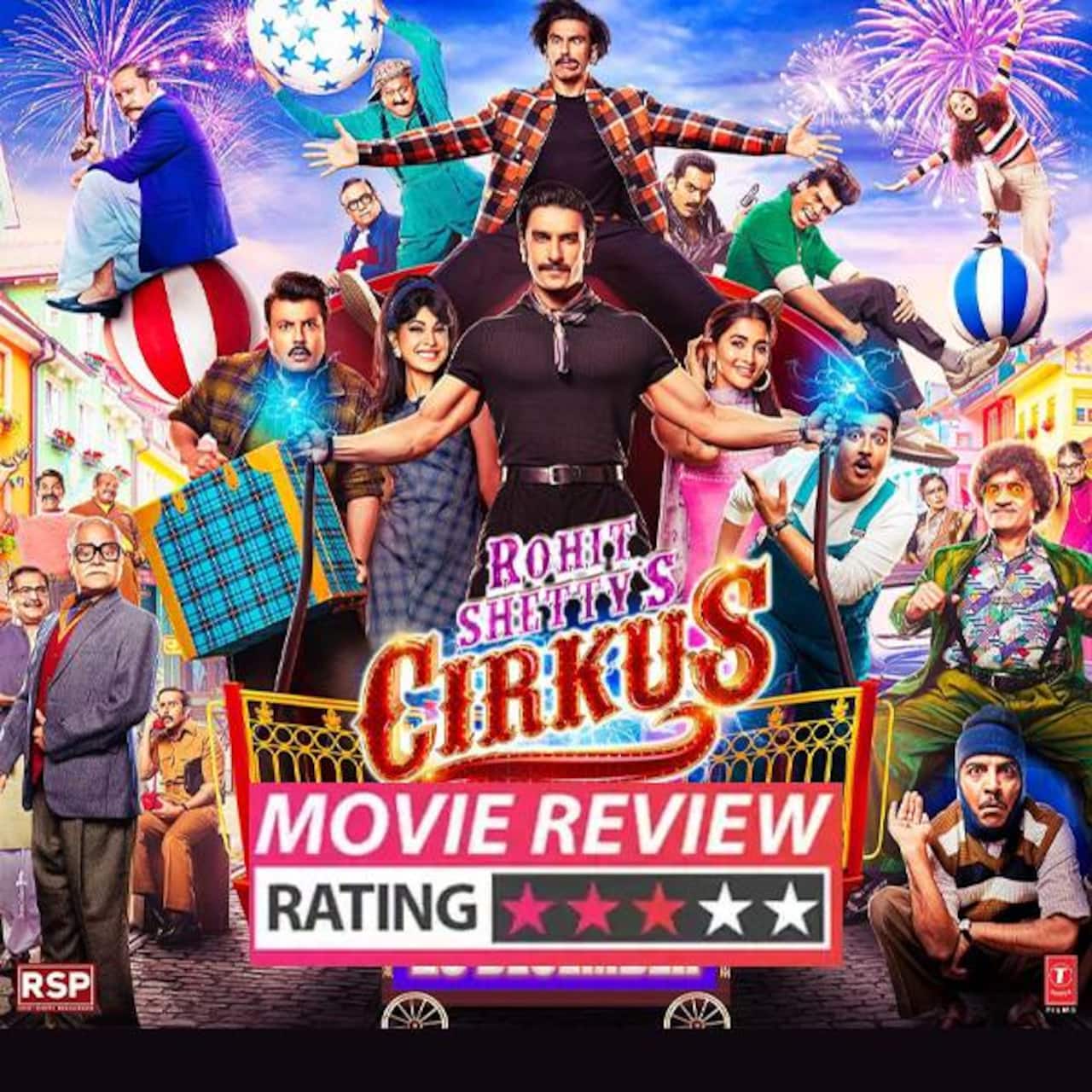 New movie Cirkus has released in theatres today (December 23, 2022). Directed by Rohit Shetty, the film brings together an ensemble cast including Ranveer Singh, Varun Sharma, Pooja Hegde, Jacqueline Fernandez amongst others. Rohit Shetty's brand of films fill audience with certain expectation. He knows how to make that big screen film that warrants community viewing to truly enjoy the experience. You don't even mind if (as Tabu's dialogue from Rohit Shetty's popular blockbuster Golmaal 4 goes) 'cheezon mein logic nahin sirf magic hota hai'. But does this 'comedy of errors', where Shetty takes audience back to a known setting, with familiar characters and punches from his comedy universe, deliver the 'magic'? Read the Cirkus movie review right here to know what it has in store for you. Also Read - Kangana Ranaut calls film industry crass and crude: Times she targetted Bollywood A-listers

What is Cirkus movie story all about

The Jamnadas Anaath Aashram in Ooty is run by two orphans Roy and Joy, who have grown up in the same orphanage. It is a safe haven for all those kids who do not have anyone to call their own. Dr Roy (Murali Sharma) harbours a goal in his heart. He wants to change the way the world sees orphans and make them see and believe that more than a person's family, bloodline or caste and religion, it is the upbringing that matters the most. He strikes gold when two sets of identical twins get chosen by two sets of loving but childless parents. Dr Roy replaces a twin from set A with one from set B, thereby creating a set of brother's Roy and Joy (Ranveer Singh and Varun Sharma), who will be raised by parents who run a successful Cirkus in Ooty and another set of Roy and Joy (Ranveer and Varun), who will be raised by industrialists parents in Bangalore. Many years later, the Bangalore twins land in Ooty setting off multiple instances of mistaken identity leading to chaos and confusion until the twins finally collide.

Rohit Shetty is known to create an immersive experience fit for the big screen and he takes us back to his scenic and colourful universe with Cirkus. While it is a comedy of errors, thankfully the leads Ranveer Singh and Varun Sharma refrain from being caricaturish. The comedy revolves around them, powered by the impeccable comic timings of actors like Sanjay Mishra, Siddharth Jadhav, Johnny Lever amongst others. Their puns and word play will give you a few laughs here and there and special mention to the use of yesteryear songs that fit so well to the situational comedy, adding to the whole experience. Ranveer Singh isn't doing anything extra ordinary in this film for a change, but he sticks to his character without going overboard in a desperation to prove how good an actor he is. The casting is perfect and the side characters, as always, steal the show. Cirkus has a subtle message which is highly relevant and kudos to Shetty for once again touching on something so sensitive without getting preachy and sans any propaganda.

If you go expecting the same amount of laughs as Rohit Shetty's previous films in his comedy universe, you will be disappointed. While there are moments that will crack you up, most of the jokes are juvenile or have a 'seen that', ' heard that' feeling attached to them. The first half is slow but the film thankfully picks up after interval. The side characters in Shetty's films have always stood out. And it is a given that in a universe there will be uniformity when it comes to characters and their nuances. While that is okay, it is high time, there are some new additions with newer quirks to his 'highly exposed' ensemble to add some fresh entertainment. The songs could have been better, nothing stands out apart from Current Laga, that too thanks to Deepika Padukone, who lights up the screens with her performance. Ranveer and Deepika look like they are having fun and makes you want to wish to see more of them in a full fledged film.

Cirkus is directed by Rohit Shetty, the man behind some of the most loved big Bollywood entertainers; it stars Ranveer Singh who is one of the finest actors we have in India right now and the film is fit for the festive-holiday season. 'Tis the season to be jolly! So if you are looking to enjoy a film with the family, with some harmless entertainment this holiday season, Cirkus is for you. Tip: Take the kids and the older folks in the family along for sure.