Dabangg 3 movie review: Salman Khan aka Chulbul Pandey is unstoppable in the massy entertainer of the year

Dabangg 3 traces Chulbul Pandey's origin story; the events that were responsible for his metamorphosis to the Dabangg Policewala Gunda Robinhood Pandey 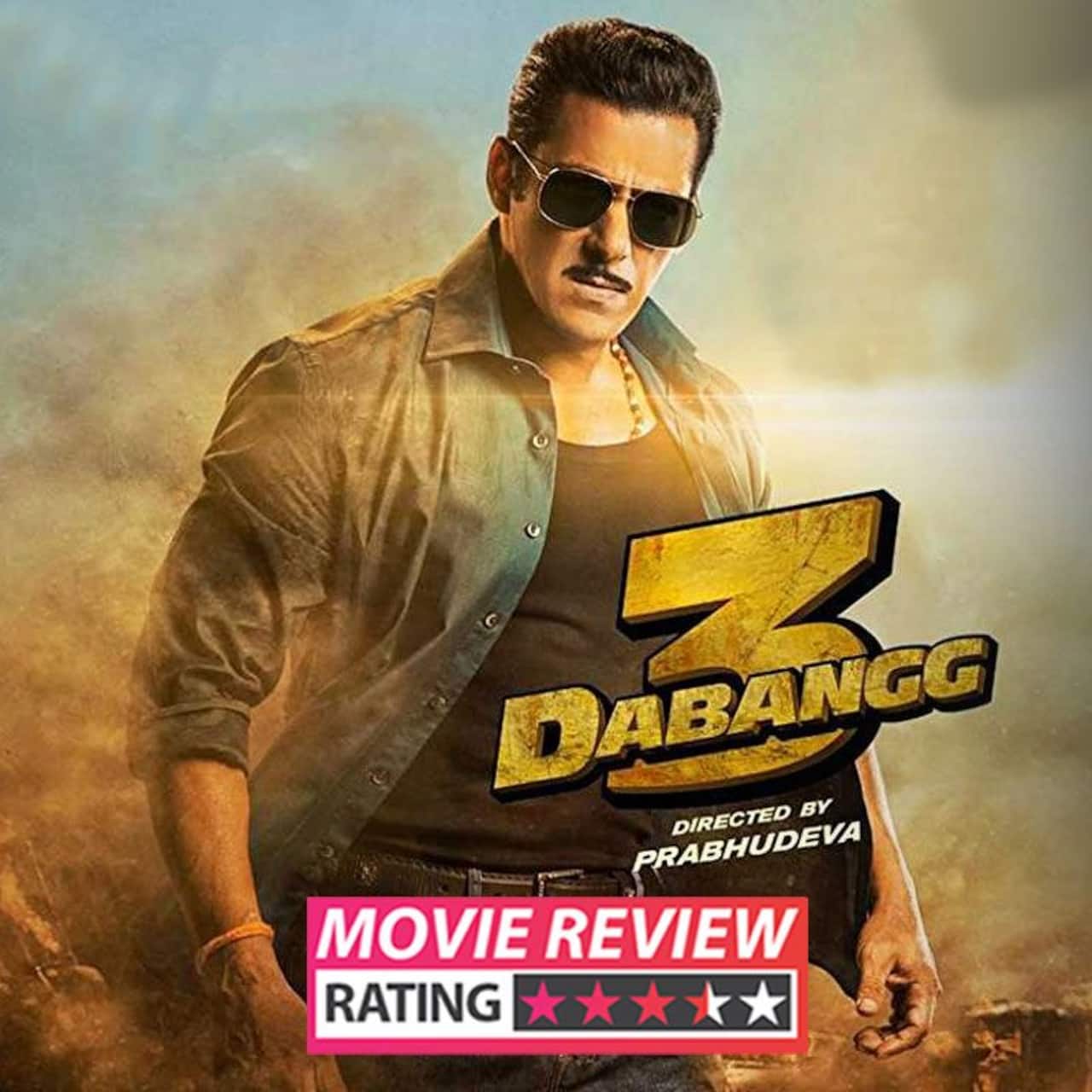 No actor in the history of Hindi cinema, other than Amitabh Bachchan, Dharmendra and Jeetendra, has been as synonymous with masala films as Salman Khan has, and nobody since the 90s comes even close. However, after Bajrangi Bhaijaan happened, Salman, too, hasn't dabbled in the genre, opting instead for films that cut across wider tastes (though he never had any difficulty in catering to all kinds of audience) like Prem Ratan Dhan Payo (family drama) Sultan (sports drama), Tubelight (family drama), Tiger Zinda Hai (out-and-out action), Race 3 (action-thriller) and Bharat (again, a family drama). Of these, only Sultan and TZH worked as per Bhai's lofty standards while PRDP and Bharat, despite achieving hit status, were not really the blockbusters that the superstar is known for. Also Read - Bigg Boss 16: Priyanka Chahar Choudhary-Shiv Thakare, MC Stan-Shiv Thakare; which combination do you see in top two of the show? Vote Now

Finally, Salman Khan is back to doing what he's really know for, in the franchise that truly started his tryst with masala cinema in all earnest. And I'm glad to inform that the wait (his last no-holds-barred film of this brand was 2014's Kick) has been well worth it. Also Read - Pathaan box office success: Which film can BEAT Shah Rukh Khan-Deepika Padukone's starrer? Trade Expert predicts [EXCLUSIVE]

The trailer made it pretty evident that Dabangg 3 traces Chulbul Pandey's origin story — the events that were responsible for his metamorphosis. The plot alternates between past and present, where we're introduced to Chulbul's former love interest, Khushi, her connection with his wife today, Rajjo, and how the antagonist Bali's intrusion in their lives gives birth to the Dabangg Policewala Gunda Robinhood Pandey. Also Read - Gadar 2 on Bigg Boss 16: Sunny Deol and Ameesha Patel to unveil a sneak peek of the movie on Salman Khan show Grand Finale

Salman opens up on his small, content-driven films

Salman Khan, Salman Khan and Salman Khan. He's back just as how we love watching him, and sends us on a rollercoaster ride with each little mannerism to every punchline to his scene-stealing action sequences. Salman plays to the galley with gleeful abandon after ages, and reminds us why he's one of the world's most beloved superstars. Love him or hate him, you can't escape his infectious Dabangg charm in a role he was born to play — not even a better actor can do justice to Chulbul Pandey.

This time through, he's doubled as a writer (only for the fourth time in his career), and aces that department, too. The dialogues, the presentation of an equally strong villain (something that Dabangg 2 lacked), making younger brother Makkhi more than a sidekick and connecting the dots of the story's origins to present times are some of the other major highlights of the film. The correct balance is also struck between the larger-than-life action and just the right amount of over-the-top comedy (just like a masala movie should be). It's true that a superstar alone can't guarantee a film's success, and Salman respects that fact with the efforts he's put into the script.

Moreover, he finds an able ally in director Prabhudheva, who seems to save his best for the superstar, as also in a strong supporting cast, with Sonakshi Sinha, Arbaaz Khan and Kichcha Sudeepa providing terrific support to our hero — the latter taking him toe-to-toe with his brilliant screen presence and menacing aura. Saiee Manjrekar also looks like a decent find. Another worthy mentions need to be given to Mahesh Limaye's camerawork and Sajid-Wajid's background score.

The length is an issue, and not a small one at that (I'm glaring at editor Ritesh Soni while typing this). Also, as brilliant as Sajid-Wajid's background score is, their songs don't match up. Dabangg 3 could've really done with a catch number (not even a raging hit) or two other than Munna Badnaam Hua.

All in all, Dabangg 3 is 'mazedaar', 'dhamakedaar', 'dumdaar', 'zordaar', and above all, full-on 'masaledaar', just as a Salman Khan movie should be. It's a proper Salman Khan mass film after some time and should set the theaters, especially single screens, on fire. I'm going with 3.5 out of 5 stars.