Darlings Movie Review: Alia Bhatt, Vijay Varma and Shefali Shah successfully take us into a middle class Indian home where domestic violence is one of the challenges in this quirky, twisted yet real tale of perpetrators and victims of domestic abuse 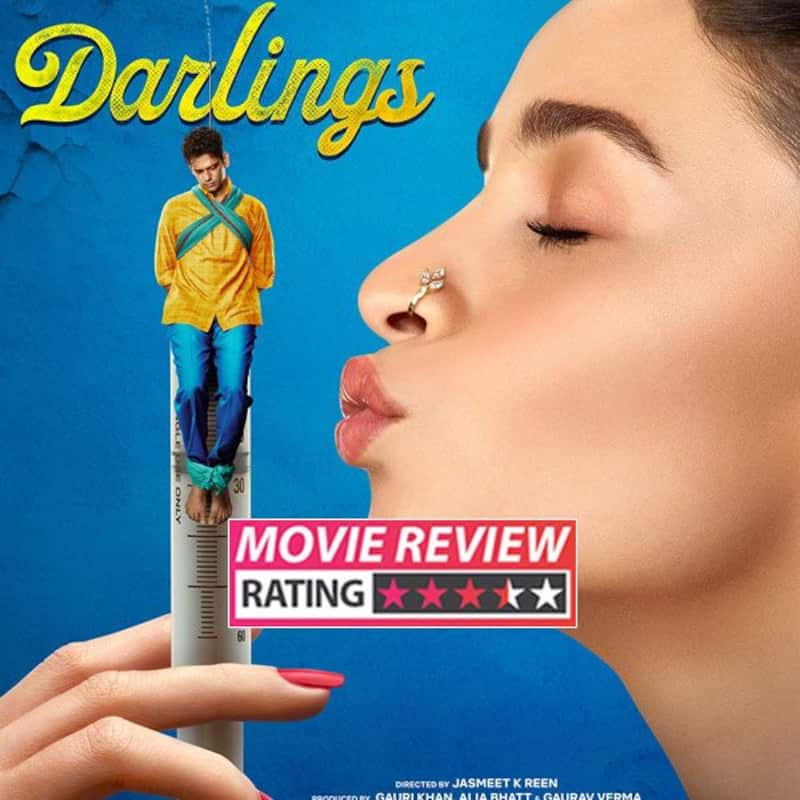 Web Series: Darlings
Darlings cast: Alia Bhatt, Shefali Shah, Vijay Varma, Roshan Matthew
Darlings Director: Jasmeet K Reen
Where to Watch: Netflix
Review by: Urmimala Banerjee
The topic of domestic violence has not been much explored in Bollywood in recent times. Of course, there are exceptions like Thappad. In the past, we have had films like Agni Sakshi, Daraar and the memorable Khoon Bhaari Maang, which were more like thrillers. Jasmeet K Reen's Darlings is a dark comedy around domestic abuse. While most films have had the damsel in distress being rescued by a 'good man', Darlings is more rooted in the reality that it is not easy to escape the circle of domestic violence whether it is on an emotional or psychological level. Also Read - Katrina Kaif-Vicky Kaushal spotted at a clinic amid the rumours of actress' pregnancy; fans say, 'Baby loading' [View Pics]

What makes it interesting is how society views victims of domestic violence? How does one make allies? Darlings is a quirky take on the tale of a woman who has to fight not only for her respect but also to emerge out of the suffering that unfortunately love brings along. Is Darlings a breezy watch? Is it cruel to men? Scroll down for the full review of Darlings.... Also Read - Trending TV News Today: Raju Srivastava remains critical in coma, Nupur Alankar gives up acting for sanyas and more

Badrunissa (Alia Bhatt) has had a love marriage with Hamza Shaikh (Vijay Varma), a senior ticket collector. Their marital life is marred by instances of domestic violence fueled by Hamza's alcoholism. Her mother (Shamshu) tells her to leave her husband, as she sees no hope. But Badru believes that love can conquer all till a horrific incident awakens her darker side. What follows is a comic take on how domestic violence can make a person 'twisted' psychologically? We are not giving any more spoilers... Also Read - Liger star Vijay Deverakonda is TIRED of restless promotions; talks about taking a proper break and his next with Samantha Ruth Prabhu

Watch the trailer of Darlings below

Darlings' cast takes the film to the next level. Vijay Varma leads the pack. As Hamza, he is in absolutely scintillating form. You can feel the dread that Badru experiences when an angry Hamza comes home. He is terrific. Shefali Shah is superb as Alia Bhatt's mother, Shamshu, who has sort of been there done that. Shamshu is emotional, practical and exactly knows that her daughter is chasing an unrealistic dream. Coming to Alia Bhatt, she is amazing as always. Darlings filmmaker Jasmeet K Reen successfully takes us into a world where domestic violence is like an open secret but people accept it as a part of life and its 'challenges'. Roshan Matthew plays the brightest character in the film, a wannabe screenwriter helping Shamshu in her dabba business. Vijay Maurya, Jasmeet K Reen and Parveez Shaikh's dialogues will make you laugh and the actors' timing makes the scenes better.

The climax of the film is rather predictable, but that is expected. Coming to the hullabaloo that such films create further prejudices against men when gender laws are already flawed, well Darlings is centered around women, but on an emotional level it does have some appeal for both the sexes. Could it have been more gender neutral? Yes, perhaps.

Whatever you might feel about gender equality or flawed laws in the space of domestic abuse, Darlings is a good watch. It is realistic, breezy, emotional and terrifying too. The performances of the main cast is the cherry on top.