Delhi Crime 2 doesn't quite match the lofty heights of its first season, but that doesn't take away from it being another good investigate police procedural, which lays bare the dark, grimy belly of Delhi, and elevated by the marvellous Shefali Shah 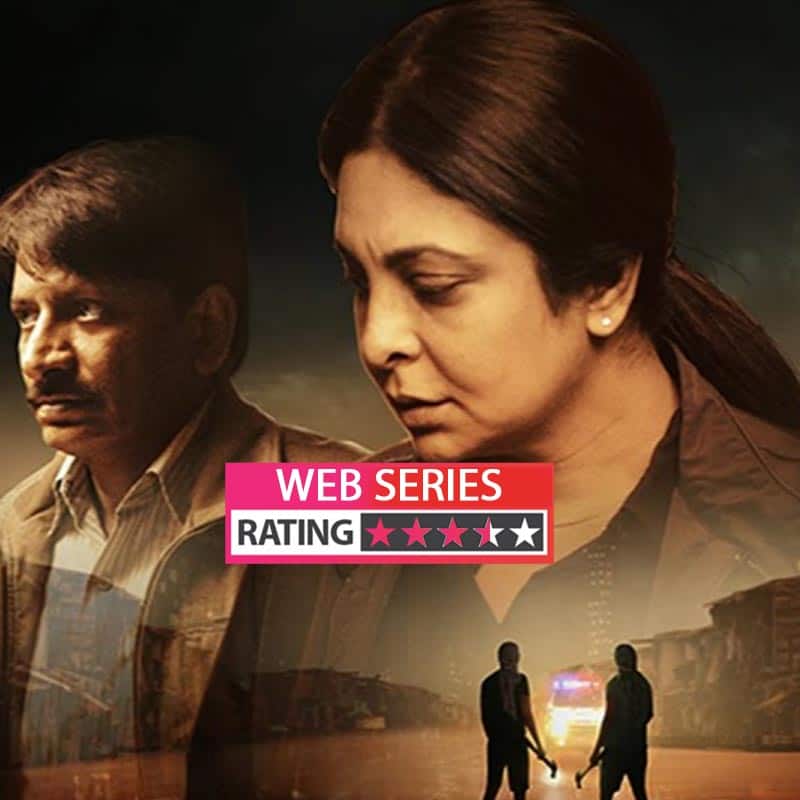 Web Series: Delhi Crime season 2
Delhi Crime 2 Cast: Shefali Shah, Rasika Dugal, Rajesh Tailang, Tillotama Shome
Delhi Crime 2 Director: Tanuj Chopra
Where to Watch: Netflix
Review by: Russel D'Silva
When season 1 of Delhi Crime had premiered on Netflix India, it sprung many a surprise and opened many a day for Indian OTT content. For one, nobody, not even Netflix itself had envisioned how big it would turn out to be and furthermore, it was the first-of-its-kind, non-documentary web series in the country based on a brutal real-life incident that had shook the nation, besides also finally giving Shefali Shah a headlining act worthy of both her talent and her arresting (no pun attended) screen presence. Also Read - Delhi Crime 2 actors Shefali Shah, Rasika Dugal and more reveal how to avoid falling into the trap of weak second seasons [Exclusive Video]

DCP Vartika Chaturvedi (Shefali Shah) and her unit are back and this time, they have to deal with the ghosts of the past as a new, scarier version of the Kachcha-Banyan gang, which terrorised Delhi with robberies and murders back in the 90s, returns to target the elderly of Delhi's elite strata. Also Read - Year Ender 2021: Aarya 2, The Family Man 2, Aspirants and more - Top 10 web series from this year to watch now on OTT

Unlike season 1, the performances take centre stage this time over the actual investigation (we'll get to why is that later). Shefali Shah now lives and breathes Vartika Chaturvedi, switching seamlessly between caring, vulnerable and fierce, while Rasika Dugal and Rajesh Tailang sketch out individual portraits of what it takes to be an honest cop grappling with family life albeit as opposite genders. Tillotama Shome and the rest of the cast are also right on the money. Creator Richie Mehta once again weaves Delhi as a dark, grimy tapestry, well backed up by Tanuj Chopra's astute direction and some spot-on camerawork and editing (it's welcome to see a show ending in 5 episodes with no unnecessary overtures). The class divide in Delhi is all brilliantly highlighted, and the MO of a gang who we all beard of in the 90s is resurrected with a modern texture to good effect.

While season 1 was a gritty investigation till the end, season 2 needs some rescuing by its fine cast as the plot dips after the actual gang is revealed. You just know how thing will proceed from thereon (hence, it was so smart to trim it to 5 episodes), while, ironically, the actual incident, documented previously across the media in the first season, kept us hooked to the very end. The character arcs of the perps are haphazardly etched (barring one, which I can't reveal here) and the investigation become a by-the-numbers course in the final episode. Also, once again, the background score needed to be worked on.

Delhi Crime 2 doesn't quite match the lofty heights of its first season, but that doesn't take away from it being another good investigate police procedural, which lays bare the dark, grimy belly of Delhi, and elevated by the marvellous Shefali Shah, with Rasika Dugal and Rajesh Tailang providing adequate support. I'm going with 3.5 out of 5 stars.