Dhaakad movie review: Kangana Ranaut shines as a badass, daredevil chick but the rest of the film lets her down on ridiculous levels

Kangana Ranaut is tasked with infiltrating and bringing down an international flesh-trade operation, with its roots in India, but double crosses, an unexpected ambush and a pair of exceedingly formidable foes compels her to reevaluate her strategies. 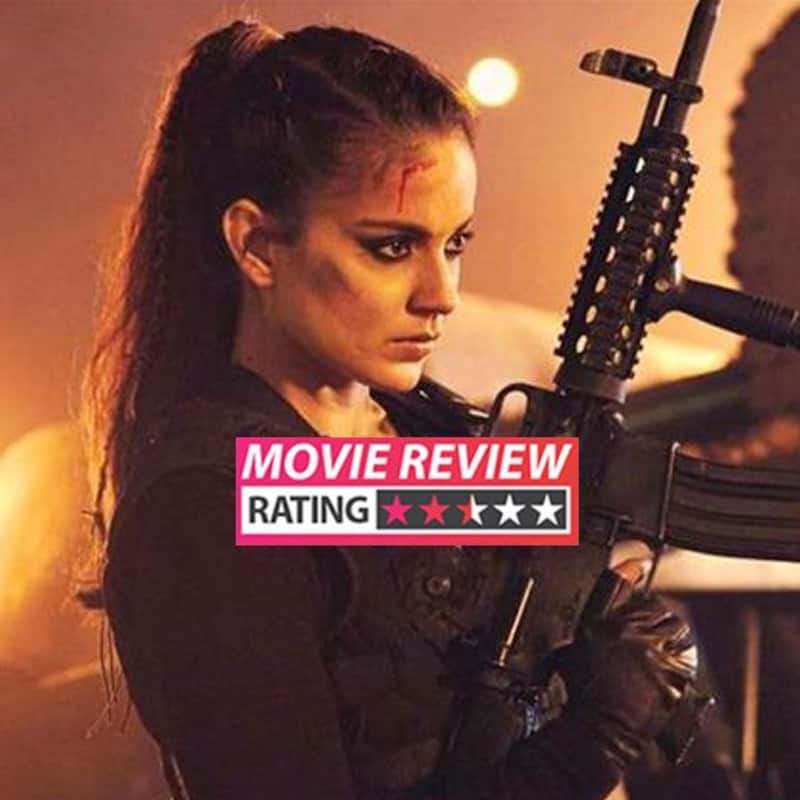 Kangana Ranaut has been waddling through a prolonged stretch of disappointing films, including I Love NY, Katti Batti, Rangoon, Simran, Manikarnika, Judgementall Hai Kya, Panga and Thalaivii, which have failed both critically and commercially. Now, Dhaakad comes along, which is hardly going to alter her fortunes despite showcasing her in a never-before-seen avatar, which she nails to the T. Sadly, her action-packed avatar comes in a film for which it'll hardly strike a footnote, when it deserves to go down as one of the defining action roles in all of Indian cinema. Also Read - Sushant Singh Rajput to Harsh Varrdhan Kapoor; Rhea Chakraborty was linked up with these actors [Watch]

Super-spy Agni (Kangana Ranaut) is tasked with infiltrating and bringing down an international flesh-trade operation, with its roots in India, but double crosses, an unexpected ambush and a pair of exceedingly formidable foes compels her to reevaluate her strategies.

Watch the Dhaakad trailer below:

Kangana Ranaut looks, moves and breathes the part of a no-holds-barred, tough-as-nails, high-octane, death-defying, lean, mean, badass, kickass, daredevilry personified agent in Dhaakad, pulling off every action sequence like an actual pro on the battlefield with years of experience. Divya Dutta and Saswata Chatterjee add good support as one of her adversaries and mentor respectively.

As compelling as Kangana Ranaut is with her action chops, she's terribly let down by extremely weak and jumbled-up action choreography, so much so that some of the combat scenes look like a complete joke. Also, there's so much about her character's graph and the rest of the plot that's all too convenient just to take the plot forward. Arjun Rampal, try as he might, just can't make an impression because of how inarticulately his character has been sketched. Even the big reveal in the end can be seen from miles away, ans when it's revealed, it's as if writer-Director Razneesh Razy Ghai and his co-writers, Chintan Gandhi and Rinish Ravindra, ran out of a script given how suddenly things wrap up. And when Dhaakad is not bogged down by plot contrivances or lazy writing, it either keeps pushing the boundaries of incredulity to give us a hearty unintended laugh or tests our patience by getting someone to sing the same lullaby (literally speaking) for the umpteenth time.

Kangana Ranaut goes all out as a badass spy in Dhaakad and pulls it off, too. If only the rest of the film was even of what her character is. I'm going with 2.5 out of 5 stars.