Dobaaraa movie review: Taapsee Pannu starrer is thrilling, but not one of the best works of Anurag Kashyap

Dobaaraa movie review: Is Taapsee Pannu and Anuraag Kashyap's film worth your time and money? Read our review here... 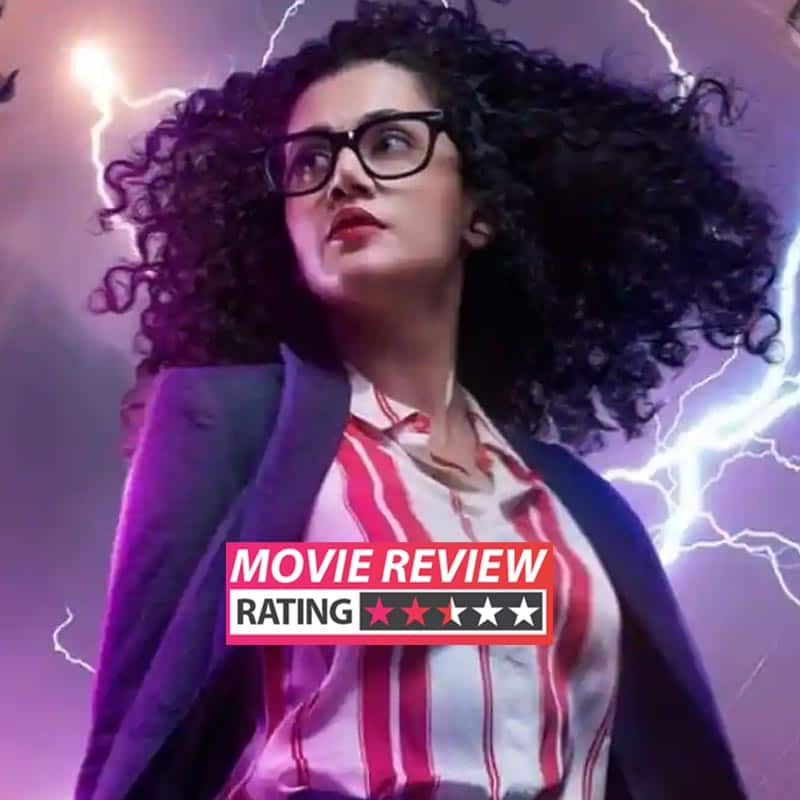 After Manmarziyaan, Anurag Kashyap and Taapsee Pannu have teamed up for Dobaaraa. The 2018 release was a decent film and did reasonably well at the box office. Dobaaraa is a thriller and a remake of the Spanish film Mirage. The trailer had grabbed everyone’s attention, and even though Taapsee and Anurag have gone all out to promote the film, the buzz around it has been low. Dobaaraa has hit the big screens today. So, is it worth your time and money? Find out in our Dobaaraa review below… Also Read - Dobaaraa Public Review: Anurag Kashyap, Taapsee Pannu’s movie is a Hit or Flop? [Watch Video]

Antara (Taapsee Pannu) and Vikas (Rahul Bhat) are married and have a daughter named Avanti. The couple moves into a new house and discovers an old TV and a video camera from the ’90s that belongs to Anay (Pankaj Rajput), a kid who used to live in that house years back. Anay is the witness to a murder that took place in the neighbourhood. One night there’s a dreadful storm that occurs once in 10 years, and that night Antara connects with Anay (in the past). What happens next after these two lives from different eras get connected forms the rest of the story…

When you watch a suspense-thriller you want to be hooked to the screens and don’t want a predictable plot; Dobaaraa clearly offers that. While watching the film, you might think that this would be the suspense, and maybe predict a few things, but when the suspense is revealed, you are left stunned.

Anurag Kashyap knows how to get the best out of his actors, and of course, there’s Taapsee Pannu who is known for strong performances. Taapsee and Saswata Chatterjee impress us with their acts. Pavail Gulati steals the show whenever he appears on the screen.

While the film is not predictable and keeps us hooked, it more looks like an OTT product. Anurag Kashyap has made a few projects for OTT, and he narrates Dobaaraa in the same way. We cannot call it one of the best works of the filmmaker and there are loopholes that leave us with question marks; something that we don’t expect from an Anurag Kashyap film.

Dobaaraa is a good film, but it has an OTT feel to it. Maybe skipping a theatrical release would have been a better option for the makers.