Dog movie review: Channing Tatum, his furbaby, their road trip and more reasons not to miss this heartwarming canine flick

Dog movie is a heartfelt road trip where a human and canine bond in the unlikeliest of ways and help each other's trauma in the most unbelievable manner. It also serves a reminder that Channing Tatum is pure star material, with underrated acting chops. 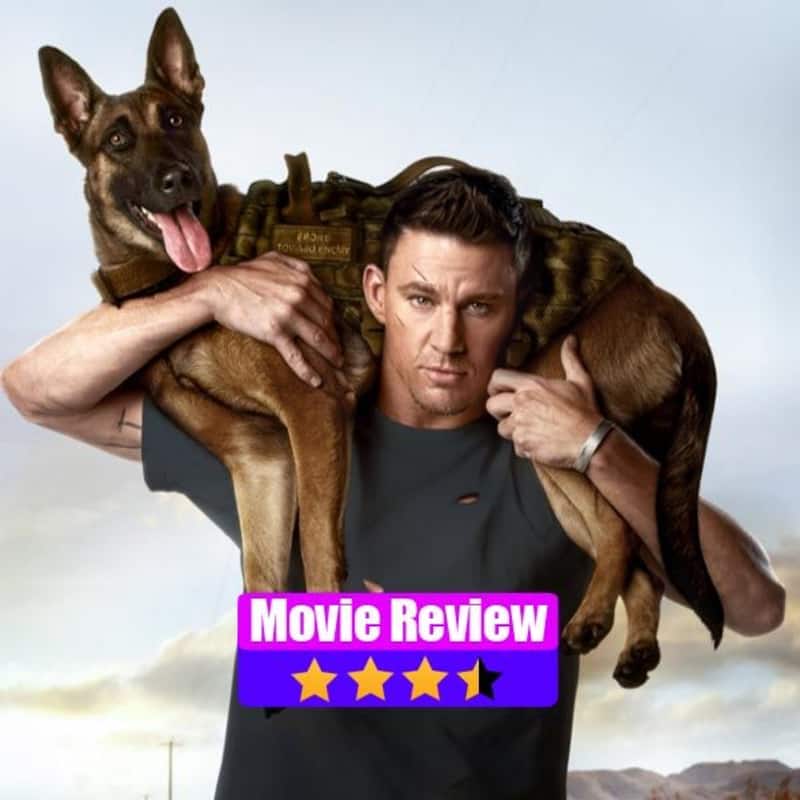 Hollywood has no shortage of dog movie, but some of them truly stand out. A Dog's Way Home, Max, A Dog's Purpose, Alpha, Turner & Hooch, Hachi (yes, even the remake is very good despite the Japanese original being in a class of its own), Eight Below, Marley & Me are the ones that come immediately to mind. So does Channing Tatum starrer, simply named Dog, with which he also makes his directorial debut, join these ranks. And does Channing Tatum make an impressive debut as a Director? The response to both these questions is a resounding 'yes'. Here are the top five reasons to watch Dog movie this weekend... Also Read - Happy birthday Channing Tatum: Did you know that before stripping in Magic Mike, the birthday boy was a real-life stripper?

The Hollywood heartthrob returns to the screen in a lead role six years after Magic Mike XXL (in Logan Lucky he was a part of an ensemble cast, and his other parts in-between have either been cameos or voiceovers), reminding one and all why he has genuine star-power while also setting the record straight once and for all about his acting chops. He pours his heart and soul into Dog as actor and Director, coming up trumps in an empathetic portrayal of PTSD army ranger Jackson Briggs, yearning to get his life back on track. Also Read - Channing Tatum and Jessie J split after 3 months of reconciliation - deets inside

Dog is basically a road trip that Jackson and Lulu take so that the latter can reach her owner's funeral in time adn then return to army base for a decision to be taken about her future since she's suffering from severe anxiety, turned aggressive and can't get along with anybody. To say that the moments where they bond and help each other overcome their demons are the highlights of the film would be an understatement. Tatum and co-Director/writer Reid Carolin truly shine with their narrative here.

Without going overboard, the film aptly depicts how PTSD can effect both human and animal and how nothing both connection with another and time can help circumvent it.

At times. movies like these can make the mistake of getting excessively sentimental, which, thankfully, Dog never does.

To sum it up, Dog is a heartfelt road trip where a human and canine bond in the unlikeliest of ways and help each other's trauma in the most unbelievable manner. It also serves as a timely reminder that Channing Tatum is pure star material, blessed with underrated acting chops, which also seem to have overflown behind the camera. The movie could've been edited slightly better and a few of the moments could've been played up a bit more, but it's still as warm and furry as one could hope for. I'm going with 3.5 out of 5 stars.