Dream Girl movie review: Ayushmann Khurrana is in crackling form in this situational comedy that is set in Mathura. 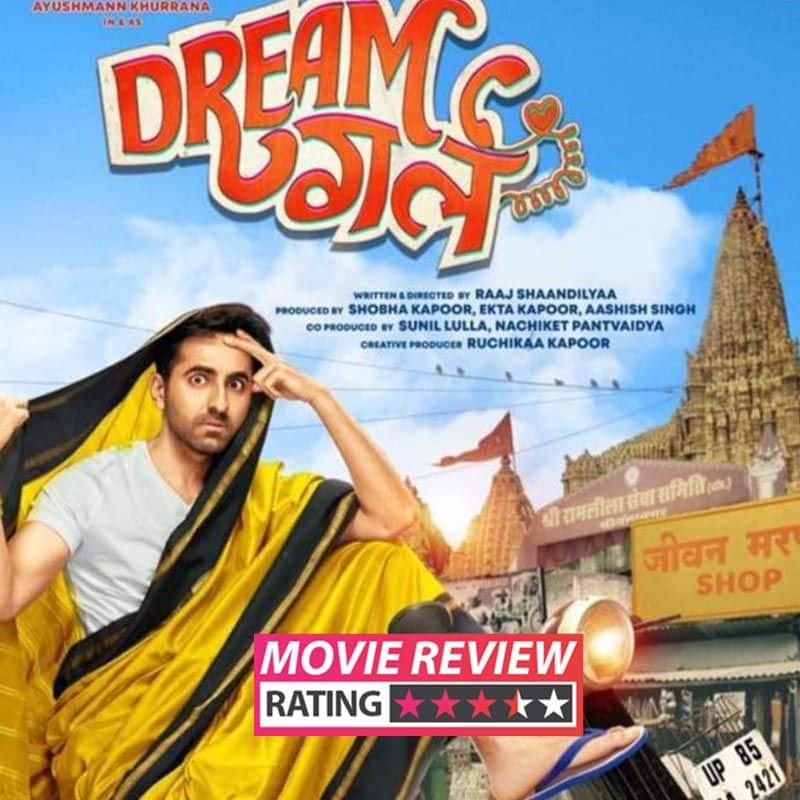 Ayushmann Khurrana is back and how! After ruling the roots with his path-breaking performance in AndhaDhun Badhaai Ho and Article 15, the actor is all set to repeat the history this year as well with another quirky entertainer, Dream Girl alongside Nushrat Bharucha. Needless to say, the trailer promised a fun ride and created all the buzz. But is it worth a watch? Catch our full review here! Also Read - An Action Hero actor Ayushmann Khurrana proves he is the biggest Shah Rukh Khan fan as he passes by Mannat; netizens say, 'Srkians for life'

What's it about:
Ayushmaan's character Karam turns Sita maiya and then Puja and everyone is smitten by her mesmerising voice which leads to a series of unusual, crazy situations. Set against the backdrop of Mathura, Dream Girl is a comedy of errors that stars a crackling ensemble consisting Vijay Raaz, Abhishek Bannerjee, Manjot Singh, Nidhi Bisht, Rajesh Sharma, Raj Bhansali among others.
Also Read

What's hot:
It seems like Ayushmann Khurrana has figured out the trick of the trade. With effortless comic timing and expressions we didn't think see coming, the actor delivers another knockout performance. Every part of his body emotes the lines he is saying. While we are still at that, director Raaj Shaandilyaa has given him some of the wackiest and hilarious dialogues. Even Nirmaan Dsingh's screenplay holds tight and leads you right into a cackle or two and more. Annu Kapoor and Vijay Raaz have meaty parts and they shine throughout the film.
What's not:
Apart from Puja's dreamy tone, every other piece of music is noise. Music by Meet Brothers doesn't do anything for the film's track and the untimely ones even distracts one from the twisty tale that is the film. Apart from that, the narrative does falter at points where it takes unnecessary turns and plot twists. The film even suffers from the preach problem as it tries to push a social message, inconsistent from the entire film. Also, it could have been anyone else in the movie instead of Nushrat Bharucha. Not that she was given a lot to play with, in the first place.
BL Verdict:
Watch it for all the hysterical punches and Ayushmann Khurrana's dialoguebaazi. Not to mention, the crackling situational comedy all of the above, make the film. We are going with 3 and a half stars!
Rating : 3.5 out of 5