Drishyam 2 Movie Review: Ajay Devgn and Tabu's steal the show with their layered performances, Abhishek Pathak does a terrific job as a director and more 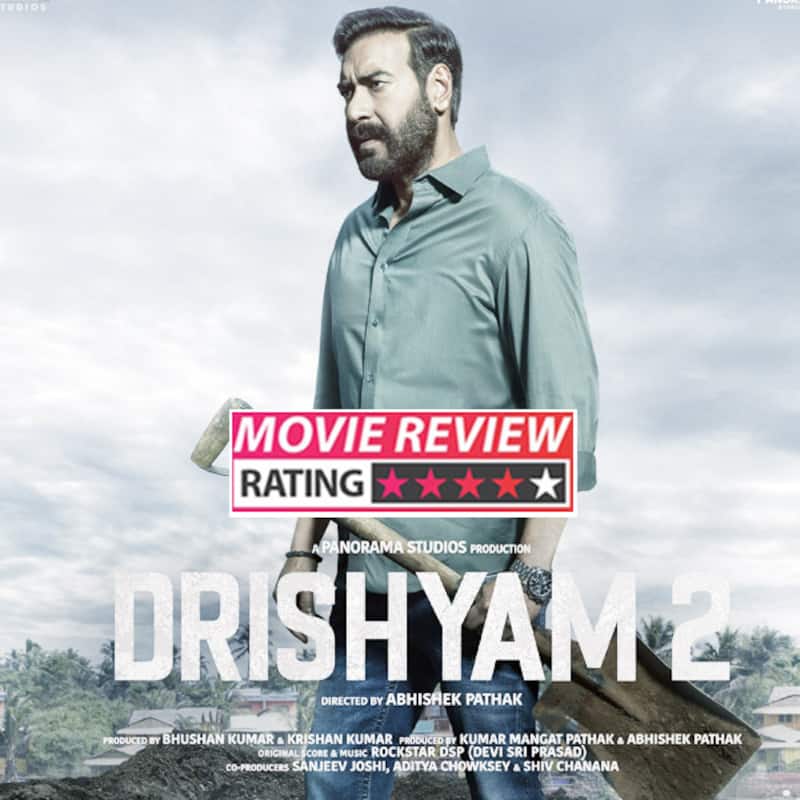 Drishyam was undoubtedly one of the best thrillers to come out of the Indian film industry. The 2015 film was the Hindi adaptation of the Malayalam movie that came out two years before. Directed by Jeethu Joseph, the movie is loosely on the lines of the Japanese novel, The Devotion Of Suspect X, a crime masterpiece by Keigo Higashino. Drishyam 2 is again a remake. This time, the challenge before the main protagonist Vijay Salgaoncar (Ajay Devgn) is different from the first time. Also Read - Drishyam 2 trailer launch: Ajay Devgn and Tabu remember Nishikant Kamat but 'show must go on'

Vijay Salgaoncar (Ajay Devgn) has prospered and is living an affluent life with his family. The past haunts them but he has psyched his family to behave like nothing ever happened. Meera Deshmukh (Tabu) and her husband Mahesh (Rajat Kapoor) are living in the pain of not even being able to do their son last rites in a befitting manner. She still wants justice. New IG of police and Meera's close friend Tarun Ahlawat (Akshaye Khanna) enters the scene. He is a shrewd cop and obsessed about the case. Is this the end for Vijay Salgaoncar and his family?

Watch the trailer of Drishyam 2 below

Drishyam 2 has all the key elements of a good thriller. There is the consistent element of tension, elevated scenes and a climax that will blow away your mind. We will not give any spoilers here. Talking about performances, Ajay Devgn and Tabu steal the show. Their eyes do the talking all through. Akshaye Khanna brings in the flair, swag and menace to Tarun's role. Shriya Saran is in good form too. Filmmaker Abhishek Pathak deserves a pat on the back. The film shines on every front whether it is performances, technical aspects and emotion. Sudhir K Chaudhary's camerawork is terrific. The BGM given by Devi Sri Prasad also works well for the film. The vibe of the film is contemporary, and you will relate on every front. It is also a big screen movie as the film has its share of atmospherics. Fans of the TV show Ghum Hai Kisikey Pyaar Meiin will be happy to see actor Siddharth Bodke who is known as Jagtap from the TV show.

The first half is a build-up for the unbelievable climax. Some might find it a bit uneventful but that's inconsequential. The only issue is that fans of the franchise might have watched the Malayalam version which released and will know the twists.

Drishyam 2 is a movie that will leave you cheering in the halls, and you will be talking about the climax for some days. This is one film you should not miss.