From the electrifying entries to the elaborate cons, Bunty Aur Babli 2 is a massy, immensely entertaining sequel that lives up to the charm of the first part in more ways than one 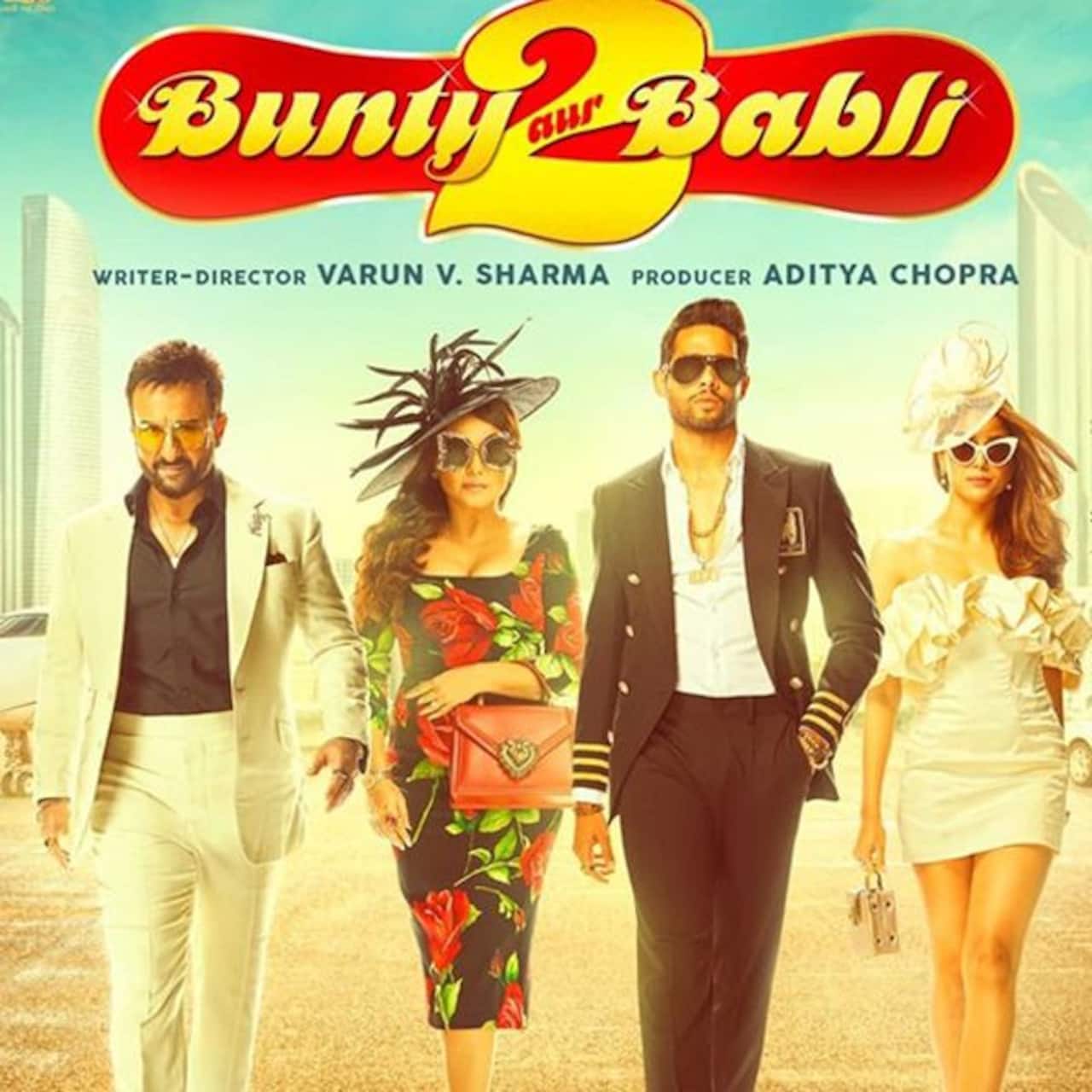 Positives: Entries are all electric – right from Siddhant Chaturvedi and Sharvari being presented as Bunty Aur Babli 2.0 to Rani Mukerji and Saif Ali Khan being reintroduced in their worn-out Bunty Aur Babli avatars to Pankaj Tripathi cruising in on the railway tracks, the very onset of all the characters in Bunty Aur Babli 2 screams heroism and mass moments. Plus, the cons are planned as elaborately and entertainingly as the first part. And just like the first part, YRF has shown its smarts to cast exceptional actors like Yashpal Sharma, Asrani and Gopal Datt even in small parts as also to being back some of the old gang like Brijendra Kala and the legendary Prem Chopra. Most importantly, the plotting is sharp, editing is crisp and the pace is brisk; Director Varun V. Sharma makes a very confident feature-film debut. However, for such outlandish stories to be convincing, the acting needs to be on the money, and it's here where the Bunty Aur Babli sequel shines through most, with Siddhant Chautrvedi as the ideal chameleon, Saif Ali Khan as the perfect middle-aged man, clinging on to his past life, Sharvari making a dream debut (presented as a proper Yash Raj heroine, she couldn't have asked for more), Pankaj Tripathi being a brilliant alternate for Amitabh Bachchan's cop avatar, and, above all, Rani Mukerji proving yet again why she's an eternal star who'll always rule our hearts. Also Read - Rajinikanth follows Amitabh Bachchan; issues public notice of copyright infringement over use of his voice and name

Negatives: One thing that Bunty Aur Babli 2 can't shake off, just like in the original, is the ludicrous undercurrent of some of the cons. You really have to suspend disbelief more than needed to get into the cons, as elaborate and entertaining they may be. Even the relationship between the cops ans the original Bunty Aur Babli is a bit hard to digest. Another major bone of contention is the completely lackluster music, immediately igniting a craving for the evergreen songs of the first part. Also Read - Pathaan Special Screening: Ranveer Singh, Rani Mukerji join in the mania; Hrithik Roshan brings family to watch Shah Rukh Khan's action dhamaka [VIEW PICS]

For now, Bunty Aur Babli 2 is extremely entertaining, gleefully amusing and a well-made sequel to a loved film. Hope the second half also lives up to expectations. Also Read - Salman Khan, Aryan Khan and more Bollywood celebs AWKWARD pictures that will leave them embarrassed and how