Ekta Kapoor and Zee5 have brought back the classic Pavitra Rishta and rebooted it with Ankita Lokhande as Archana and Shaheer Sheikh as Manav. Do Ankita and Shaheer manage to hold the fort of the much-loved series? Find out... 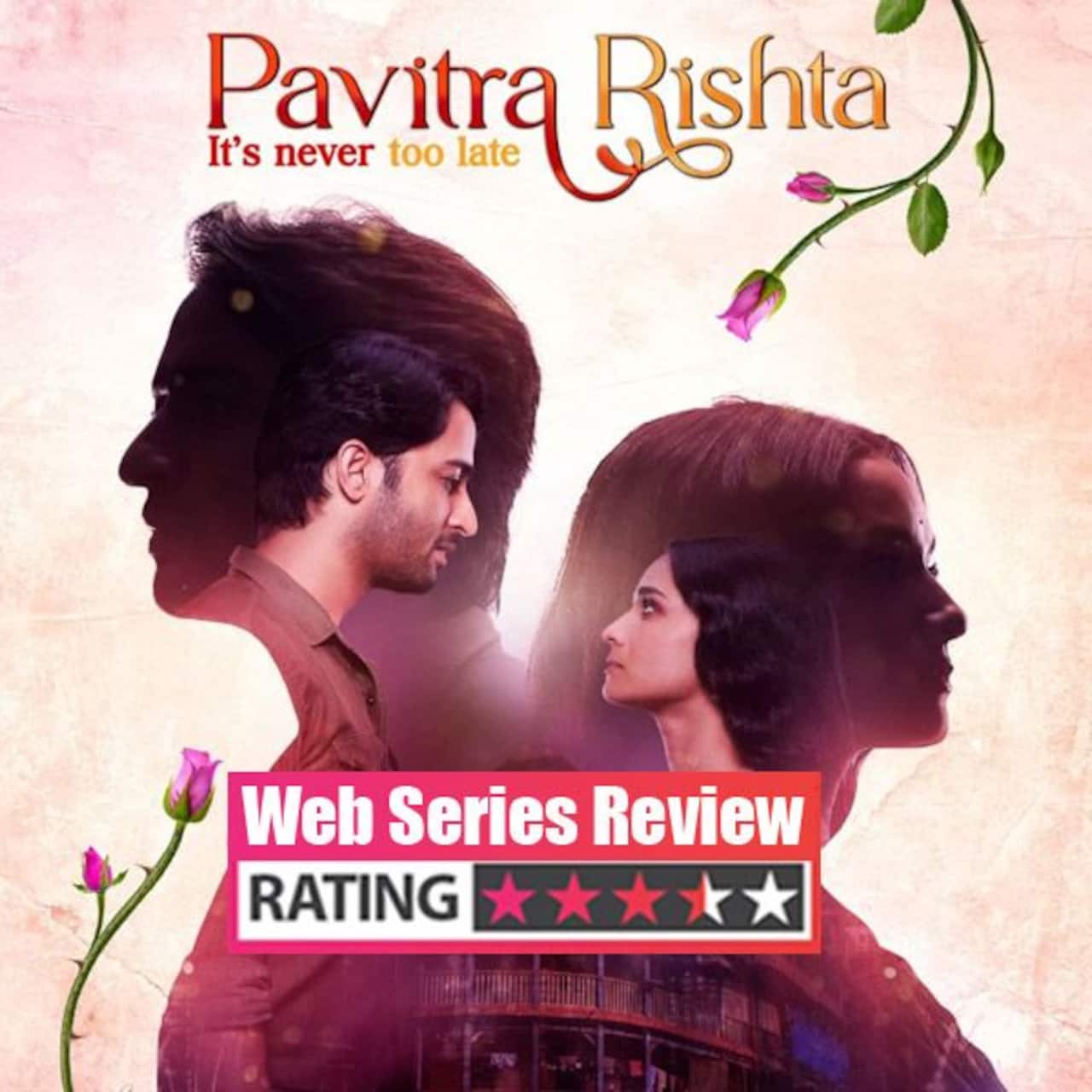 Ekta Kapoor created Pavitra Rishta about 12 years ago. It featured Ankita Lokhande as Archana and Sushant Singh Rajput as Manav. The TV show narrated the love story of two star-crossed lovers. Sushant and Ankita as Manav and Archana impressed the audience, and their chemistry is still etched into the hearts of the audience. And now, Ekta has brought back Manav and Archana. The TV Czarina has replaced the entire cast of Pavitra Rishta except for Ankita and Usha Nadkarni. Shaheer Sheikh steps into the shoes of Sushant as Manav. And this time, the platform isn’t TV but OTT platform Zee5. So, does Pavitra Rishta 2 manage to create a good impression? Check out my review of Shaheer and Ankita starrer Pavitra Rishta: It's Never Too Late below: Also Read - Sushant Singh Rajput birth anniversary: Sara Ali Khan celebrates Kedarnath star's birthday with NGO kids and it'll leave you teary-eyed [Watch]

Pavitra Rishta 2 is a retelling of the 2009s TV show. It is a journey of Archana and Manav who have an unbreakable bond but are separated due to unforeseen circumstances and differences in families. Will Archana and Manav stand the test of time and how the dynamics of relationships affect their Pavitra Rishta forms the crux of the story. Also Read - Sushant Singh Rajput birth anniversary: Rhea Chakraborty shares some candid unseen pictures remembering the late star; faces backlash

Ankita Lokhande effortlessly reprises her role of Archana. She is a fantastic actress and brings alive her most-loved character as though she never stopped being Archana. She still has the same poise and nuances that she had years ago. Shaheer Sheikh does an impressive job as Manav. While people still connect Manav to Sushant, Shaheer manages to sink into the character of a simpleton garage mechanic Manav. Shaheer emotes every expression on-screen in a way that it resonates with you. Usha Nadkarni as Manav's Aai steals the show every time she is on-screen. The key cast, which includes Abhidnya Bhave as Archana's sister-in-law Manjusha, Randeep Rai as Manav's brother Sachin, Suchita Bandekar as Archana's mother and others, make for the perfect supporting cast and help in taking the story forward. The background music is good, the revised verse of Pavitra Rishta title track is just amazing and enhances the emotions of Archana and Manav. The show is fast-paced and leaves you on a cliff-hanger.

Since the characters are already known, the makers have skipped the depth. But for the ones who haven’t watched the original PR, one wishes to see more background and nuances of the characters as the story seems a little rushed. There are a lot of characters who are connected to the story, but their individuality isn’t established, at least in the 8 episodes that have released so far. So you may be left wondering about some and what is their part in the series, but guess waiting for the next season to drop, will help.

For those who have seen the original TV show, Pavitra Rishta, this is a refreshing take. The characters are the same, but the story is slightly altered to make it a web show. Every actor has stepped into the well-set characters effortlessly and immerses you in this new take on Pavitra Rishta. For those who are watching it first-time, the series is a good watch since you don't have a prejudice about the characters and the storyline. Pavitra Rishta: It's Never Too Late, manages to tug at your heartstrings even if you have watched the original TV show. Except for the loose ends (which I hope will be tied in the next episodes/seasons) the series is quite enjoyable and rides on drama without going overboard. And hence, I give it 3 and a half stars out of 5.