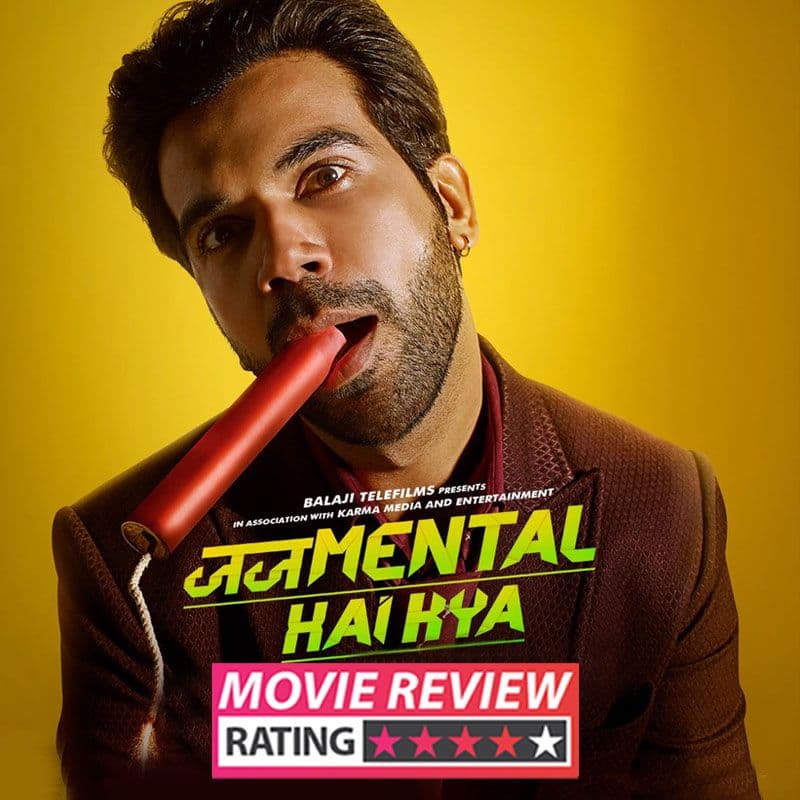 Rajkummar Rao and Kangana Ranaut's Mental Hai Kya which has now been titled Judgementall Hai Kya has grabbed all the attention since its inception. Needless to say, the title of the film was the bone of contention with a lot of doctors and like-minded people so the name was changed. Soon Kangana Ranaut's spat with a journalist took center stage and there were talks about blanket ban but nothing takes away from the fact that the trailer, poster, songs et all have piqued the interest of the audiences. But is it worth a watch? Catch our full review here.. Also Read - Dharam Patnii: Fahmaan Khan aces the romantic side of Ravi Randhawa on screen and we are left lovestruck [View Pics]

The film introduces us to Bobby who BTW is unlike any other character you have seen. A voice over artist who dresses like she is the heroine of her life is curious when she comes across a seemingly 'normal' couple. She does get obsessed about the guy, Keshav. Packed with dramatic scenes and crackling dialogues, the premise sets high expectations for the plot. Obviously, eccentric is the key word here. However it soon topples when a supposed murder takes place. And Bobby's obsession becomes a conviction that Keshav is the culprit. Now it isn't just a voice inside the head but acute psychosis. But that's not the biggest revelation. Keshav obviously maintains that she has lost the plot. So it's her word against him and that forms the core of the plot. An interesting one, at that. Also Read - Dharam Patnii: Fahmaan Khan aka Ravi Randhawa to finally make entry on the show; fans gaga over Bollywood style promo [Read Tweets]

Kangana Ranaut and Rajkummar Rao feed off each other and how! Consistent, concise and crisp, these are the few adjectives one can use to describe the riveting thriller that writer Kanika Dhillon has cooked up. Not to mention the class act by kangana and Raj. Even the duel of dialogues between them and other shining stars like Jimmy Shergill and Hussain Dalal. Director Prakash Kovelamudi uses light and shadows, music and cue to narrate a tight story with the air of suspense intact all through out. Plus the motifs picked from Indian mythology to shed light on a prevalent social evil is done beautifully. The film, contrary to the assumptions, even champions mental health and by implication tries to disassociate the stigma attached to mental illness. This cannot end without mentioning Kangana's pitch perfect delivery and the pure genius that is Rajkummar. Special hoots are reserved for Queen's fashion statement. And Raj's unnerving macho guy look that makes him look irresistibly hot.

The genre of dark psychological comedy/thriller sits well for the most part but at points it does seem self - indulgent. Also the second half doesn't pack as much punches and the first . Even the pace drops comparatively.

Check out the public review of JudgeMentall Hai Kya

Kangana Ranaut and Rajkummar Rao already sit on a commendable body of work but JudgeMentall Hai Kya has and will reserve a special place in their filmography. Watch it for their explosive screen presence and counter performance. We are going with 4 stars.