Kukoo (Varun Dhawan) and Nainaa (Kiara Advani) are on the verge of divorce. Before letting their families know, a wrench is thrown in their plans when Kukoo's father, Bheem (Anil Kapoor), announces that he, too, intends to divorce his mother, Geeta (Neetu Singh) 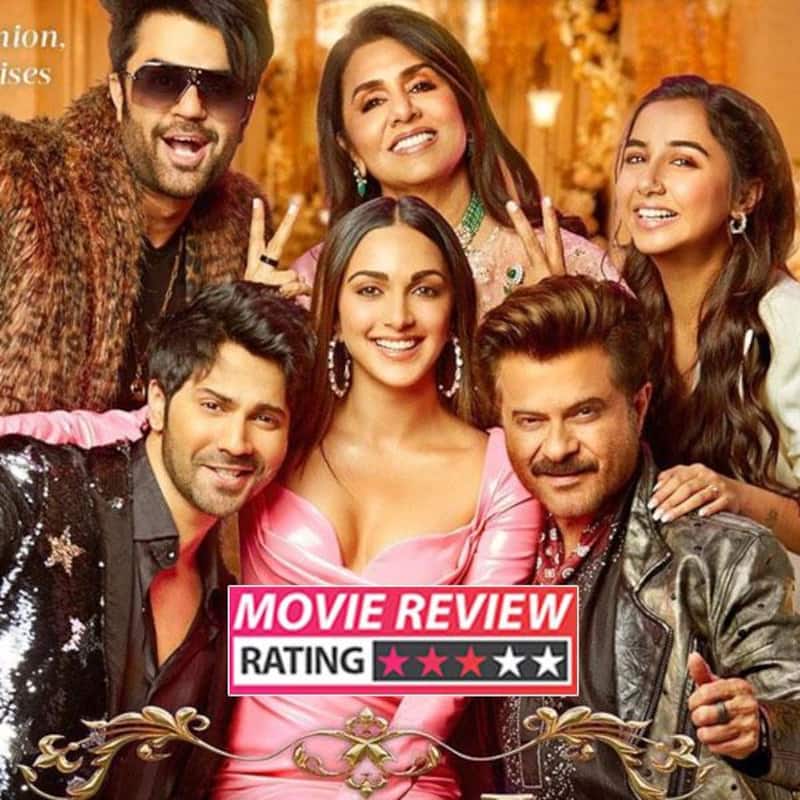 Director Raj Mehta has already proven his credentials with family dramas courtesy 2019's superhit film, Good Newwz. He's back 3 years later with Jug Jugg Jeeyo, backed by the same production house, Dharma Production, ans starring Anil Kapoor, Varun Dhawan, Neetu Kapoor, Kiara Advani, Maniesh Paul and Prajakta Koli. So does this, too, have what it takes to click with the audience. Well, it's a good family entertainer no doubt, but it may just not hold the broad appeal of his maiden effort. Also Read - Kiara Advani ready to talk about her relationship with Sidharth Malhotra? The Jugjugg Jeeyo actress FINALLY reveals

Kukoo (Varun Dhawan) and Nainaa (Kiara Advani) are on the verge of divorce after 5 years of marriage. Before they decide to let their families know, a wrench is thrown in their plans when Kukoo's father, Bheem (Anil Kapoor), announces that he, too, intends to divorce his mother, Geeta (Neetu Singh).

Hands down it's Anil Kapoor who's the heart and soul of Jug Jugg Jeeyo, making us laugh uncontrollably or relate to his redemption even in scenes that are at times lazily written. He's so good that Varun Dhawan has to pull out all the stops to match up even when his senior is merely being effortless (they have the most scenes together), and, thankfully, he's more or less on the money. Neetu Singh Kapoor isn't offered much scope in the first half, but her character graph expands in the second half, and she especially knocks it out of the stadium in a scene with Kiara Advani on a park bench. The latter is given the least scope for some bewildering reason throughout the film, but gets a moment to shine during a bedroom brawl with Varun, and shine she does. Maniesh Paul is offered some of the best lines and absolutely nails them while Prajakta Koli impresses in her big-screen debut.

The writing is fairly good in the first half, with more than enough punchlines and fun moments to keep the clock ticking without you noticing it. The humour, while neijer absent not less funny in the second half, takes a backseat for some emotional and dramatic sequence, some of which do work. Technically the film is pretty sound with production values expected of a Dharma project and Jay I. Patel's camerawork to back it up.

A lot of the humour hits because of how well the cast improvises their scenes or mouths their lines, especially Anil Kapoor. The same goes with the emotion and drama because truth be told, the script is a bit topsy-turvy, more so in the second half. It also doesn't help that Raj Mehta appears less confident in his direction as opposed to his debut feature, resulting in more than a few important scenarios either being rushed or being all over the place. His choice of a jarring background score replete with cliche Punjabi sounds to substitute for his inadequacies is also puzzling if not highly annoying. Also, the tonality of the movie is an issue, with the narrative feeling confused at times between comedy and drama rather than achieving a harmonious balance.

Additionally, a few scenes come across as regressive and to make up for them, pseudo-feminism is thrust in the climax. Plus, once again, a Bollywood filmmaker makes the uninformed choice of giving his film an excessively urban look, with shenanigans associated not just with the rich, but with the rich and hip, though her/his/their product is peddled as to cater to all demographics of the country, thus alienating a large chunk of her/his/their audience even before the film is complete.

Jug Jugg Jeeyo is a good movie, make no mistake of that – it has enough going for it by way of both humour and emotions, making for a fairly enjoyable family entertainer. It's just that it could've been even better with more assured direction, less regression, less pseudo-feminism and a background score that had no business leaving the recording studio. That being said, Varun Dhawan, Neetu Singh, Maniesh Paul and above all, the legendary Anil Kapoor make it worth the trip to a theatre at least once. I'm going with 3 out of 5 stars.