KGF 2 movie review: Yash and Prashanth Neel's film will leave you high with its adrenaline, machismo and unbridled entertainment

KGF 2 movie review: Yash and Prashanth Neel's film is big screen experience at its best. From the rivalry of Rocky Bhai and Adheera to the spectacular action and BGM, this is a movie experience for the big screen 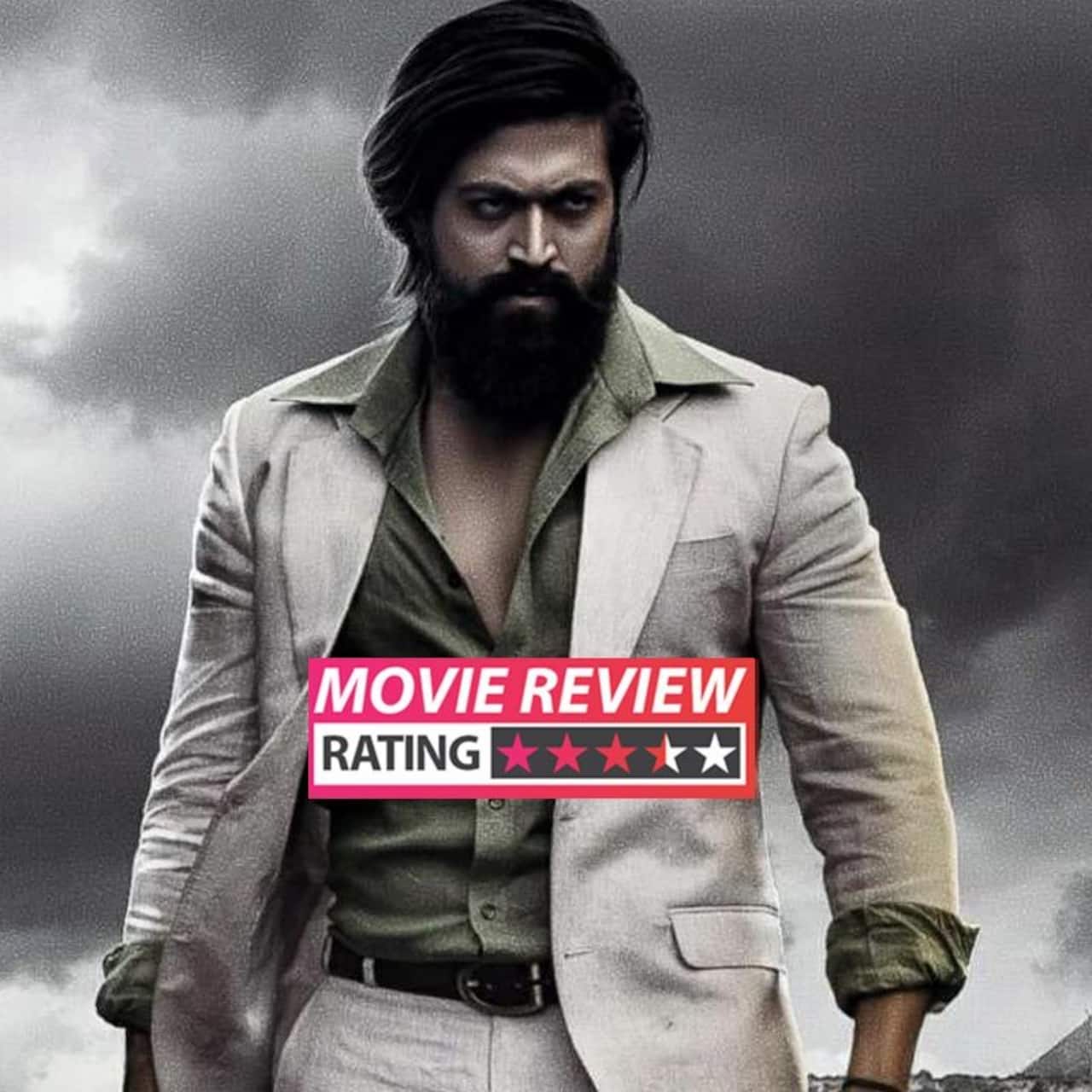 KGF 2! The film was hailed to be one of the event films of the Indian film industry after the first film released in 2019. The trailer of KGF 2 did not disappoint. Yash was back as Rocky Bhai the gangster turned gold mine lord with unmatched machismo. The icing on the cake was the presence of Sanjay Dutt as Adheera, another dreaded villain after the now legendary Garuda. The developments around Narachi town seemed more intricate. The trailer promised a movie with loads of action, drama, intrigue and adrenaline-pumping moments. Does KGF 2 live upto the expectations set by its predecessor and the trailer? Take a look at my full review... Also Read - Sara Ali Khan-Kartik Aaryan, Janhvi Kapoor-Shikhar Pahariya and more: When pictures of Bollywood exes reuniting created a storm

After single-handedly killing Garuda, Rocky Bhai (Yash) is the undisputed Sultan of Narachi, the fabled El Dorado of the KGF series. He rules over the gold mines with his power, generosity and people are ready to lay down their lives for their Sulthan. But Adheera (Sanjay Dutt) the brutal and blood-thirsty brother of Suryavardhan wants to reclaim his land. Rocky Bhai's former masters too are baying for his blood and gold. In the middle of all this, is a Prime Minister Ramika Sen (Raveena Tandon) who too is on a mission to hunt down the nation's most noted criminal. Will Rocky Bhai save his people and gold from his rivals?

Watch the trailer of KGF 2 below

The stars of KGF 2 are Yash and Prashanth Neel. The Kannada superstar's towering personality does full justice to the almost mythical character of Rocky Bhai. Very few stars would have made a role like Rocky Bhai believable and Yash owns it in every frame. Filmmaker Prashanth Neel ensures that the story proceeds at a brisk pace. Sanjay Dutt matches him in presence. Prakash Raj is nuanced as the narrator of the film. Raveena Tandon is impressive and you will wonder why she did not get such roles in her prime. From Rocky Bhai gaining sole control over Narachi to how he makes one quick escape to return stronger, it is one helluva ride. The visuals will linger in your memory for a long time. The team has shot at JSW sites, which gives KGF 2 the canvas of brown, grey and black. Ravi Basrur's scintillating BGM lifts up the sequences and you cannot help but stay transfixed to the screen. Another star of the film is cinematographer Bhuvan Gowda. The aesthetic of KGF 2 is a lot like Mad Max: Fury Road. Prashanth Neel who is part of the writing team ensures scenes loaded with dry humour and witty dialogues. With references to nepotism and secularism, KGF 2 taps into the modern milieu.

KGF 2 could have been 10 minutes shorter. The scenes showcasing the glory of Rocky as Sulthan seem a bit repetitive. Also, the love story seems unnecessary and the track is totally reminiscent of gangsta flicks of the 80s-90s. Also, there is a scene between Rocky Bhai and Reena which robs the former of his cool quotient. Srinidhi Shetty as the feisty Reena in part one was more fun.

KGF 2 is big screen entertainment at its best. Yash and Sanjay Dutt's testosterone laden, adrenaline-raising period action film is pure entertainment. You will clap at the dialogues, stay glued to the action sequences and root for Rocky Bhai. Will we see KGF 3 being announced soon? The makers seem to have left the option open...