Laal Kaptaan movie review: Saif Ali Khan is caught between a wannabe Western and Desi period piece in this bland quest for revenge

Saif ALi Khan plays a Naga Sadhu, on a single bloody-minded quest to avenge a treacherous childhood betrayal, which takes him across Maharashtra and parts of Rajasthan during the fall of the Mughal Empire and early days of the East India Company. The film also stars Manav Vij, Zoya Hussain, and Deepak Dobriyal. 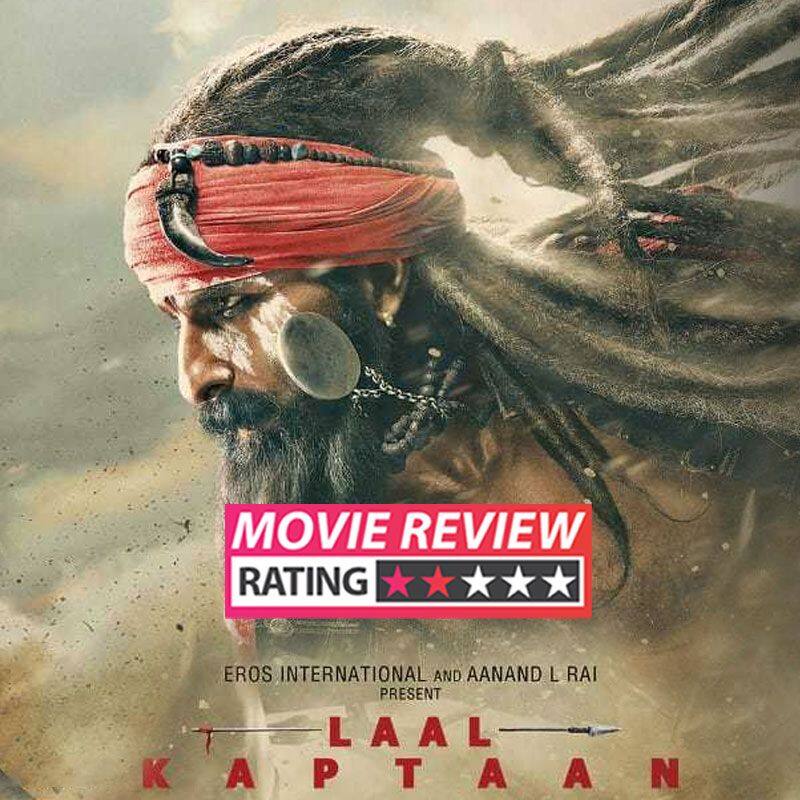 Saif Ali Khan is known for excelling in intense characters. There's something about the dark and gritty that brings the best out of him be it Omkara, Ek Hasina Thi, Being Cyrus, or Phantom. On the other hand, Navdeep Singh has proven his worth in a fledgling career as a filmmaker who's adept at engaging viewers by tapping into the vicious human side with thrillers like Manorama Six Feet Under and NH10. So, you'd expect their union to be match blessed by Satan himself. Sadly, Laal Kaptaan bears no signs of their erstwhile best efforts, ending up as another film of late that Saif could've done without. Also Read - Unseen pictures of Sara Ali Khan with Saif Ali Khan prove she always had a 'protective daddy', unlike Karan Johar's claims

What's it about Also Read - Saif Ali Khan birthday special: Palace in Bhopal to a chalet in Switzerland; a look at the most expensive properties owned by Vikram Vedha actor

Laal Kaptaan is besieged by a one-line story that sets Gossain, a Naga Sadhu, on a single bloody-minded quest to avenge a treacherous childhood betrayal. This quest takes him from pillar to post across Maharashtra and parts of Rajasthan in a non-linear narrative during the fall of the Mughal Empire and early days of the East India Company. Along the way, we're introduced to several characters with an eye to tie the many dots that have led him in pursuit of one, Rehmat Khan (Manav Vij). Also Read - Happy Birthday Saif Ali Khan: Times Kareena Kapoor Khan documented Taimur, Jeh, Sara Ali Khan, Ibrahim Ali Khan's sweetest bond with their Abba

There's one seriously good twist in Laal Kaptaan that salvages the rubble somewhat. Not that it's the only twist on show, just that it's the only good one. In the same vein, Saif Ali Khan and Deepak Dobriyal soar above the rest of the cast, though the former could've done with a bit of less grunting sounds to convey his intensity — slightly surprising when you consider how good he is in these roles. The BGM, sound-mixing, and cinematography too, while not astounding, are pretty sound, fitting right in with the milieu and epoch of the film, plus its treatment.

Watch the trailer of Laal Kaptaan

Firstly, Laal Kaptaan is interminably long, with precious little to say, which eventually renders it a soporific affair. As mentioned before, the entire premise hinges on a one-line idea, which would've been fine had the screenplay been tight enough, with plenty of interesting sequences to hold our attention to the end — something that Bollywood Directors of the 70s and 80s used to do so well with these simple revenge or lost-and-found plots.

However, being interesting enough is not the script's only problem when you consider how disjointed and cluttered it is. Characters and plot elements pop up and disappear without doing much and there's too much happening with too little meaning to hold our attention. Also, it seems like Singh wasn't sure what he was going for here as his direction alternates between imitating Spaghetti westerns, Manmohan Desai and Prakash Mehra styled revenge dramas, and arty period pieces. It's a mishmash and the result shows.

Barring Saif and Dobriyal, too, the rest of the cast from Manav Vij to Simone Singh to Zoya Hussain, don't do much (partly because of their half-baked characters) to rise about the issues plaguing the movie. As for Jabeen Merchant's editing (the biggest culprit here), well, we'd have to write a separate review if we had to outline how slipshod it is.

Saif Ali Khan's wait for a good film continues. His script choices (Happy Ending, Rangoon, Kaalakaandi) have left a lot to be desired over the past couple of years, and it appears to have rubbed off on his otherwise talented Director this time. Beside some nifty technical work and one good twist that jolts you out of partial slumber, there's not much to write home about here. I'm going with 2/5 stars.