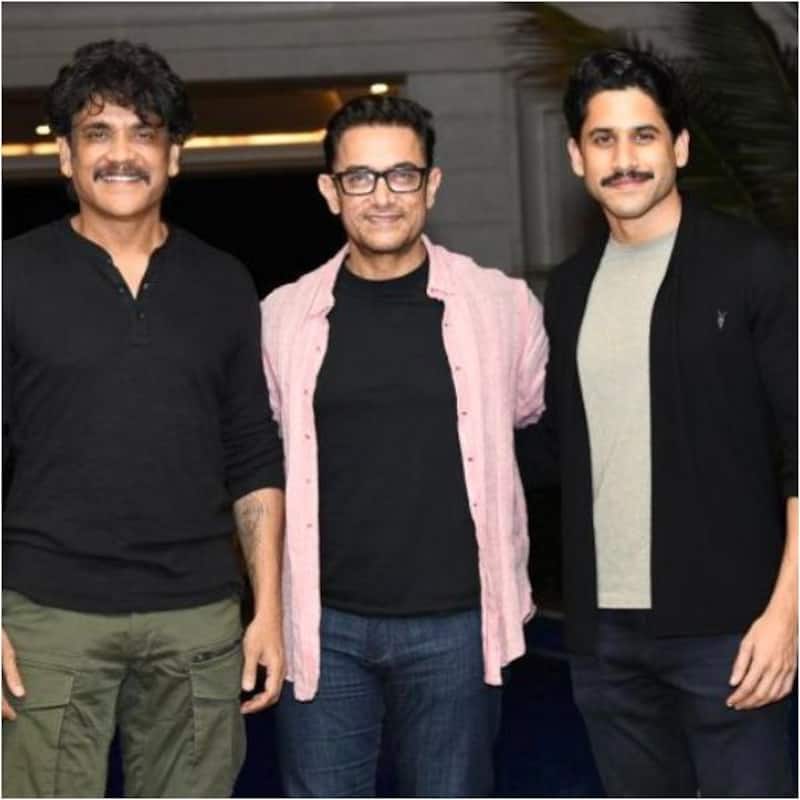 Aamir Khan and Kareena Kapoor Khan starrer Laal Singh Chaddha is one of the most awaited films of the year. The movie, which also stars Mona Singh and Naga Chaitanya in pivotal roles, is slated to release on 11th August 2022. A few days ago, Aamir hosted a special screening of the film for a few South celebs. Chay’s father and Telugu superstar Nagarjuna watched the movie at the screening, and recently, he took to Twitter to share his review of Laal Singh Chaddha. Also Read - Vikram Vedha box office collection day 1: Hrithik Roshan, Saif Ali Khan film's opening falls short of Brahmastra, Bhool Bhulaiyaa 2 and more Bollywood movies this year

Nagarjuna shared a note which read, “Had the privilege of watching Aamir Khan’s Laal Singh Chaddha. A breath of fresh air! A film that goes more than surface deep. A film that stirs you from within!! Makes you laugh, cry, and ponder!! It comes with a simple message love and innocence conquer all!! Was wonderful to watch Naga Chaitanya grow as an actor. Director Advait Chandan, writer Atul Kulkarni and the team you just lift our spirits up!!” Also Read - Vikram Vedha day 1 box office advance booking lags behind Brahmastra, Bhool Bhulaiyaa 2; overtakes Laal Singh Chaddha, Gangubai Kathiawadi

Laal Singh Chaddha will mark Naga Chaitanya’s Bollywood debut. While it’s a Hindi movie, it will be dubbed and released in Tamil and Telugu as well. Also Read - Aamir Khan all set to bounce back; to begin work on RS Prasanna's Spanish film Campeones remake from January 2023?

Directed by Advait Chandan, Laal Singh Chaddha is the remake of the Hollywood film Forrest Gump. Aamir, Kareena, and Chay have been busy with the promotions of the film, and they have given many interviews in which the actors have spoken up about the movie.

#BoycottLaalSinghChaddha has been trending on social media for the past many days. However, a few days ago, during a media interaction, Aamir Khan requested people to not boycott his movie and watch it in theatres.

Laal Singh Chaddha will be clashing with Akshay Kumar starrer Raksha Bandhan. It’s the clash of the titans at the box office, and everyone is waiting to see which film will win the box office race.