Liger movie review: Vijay Deverakonda impresses in this Puri Jagannadh directorial that is entertaining in bits and pieces

Planning to watch Vijay Deverakonda, Ananya Panday's Liger? Here's our Liger Movie Review before you decide on your weekend plans. Directed and co-produced by Puri Jagannadh, Liger is an action thriller movie. 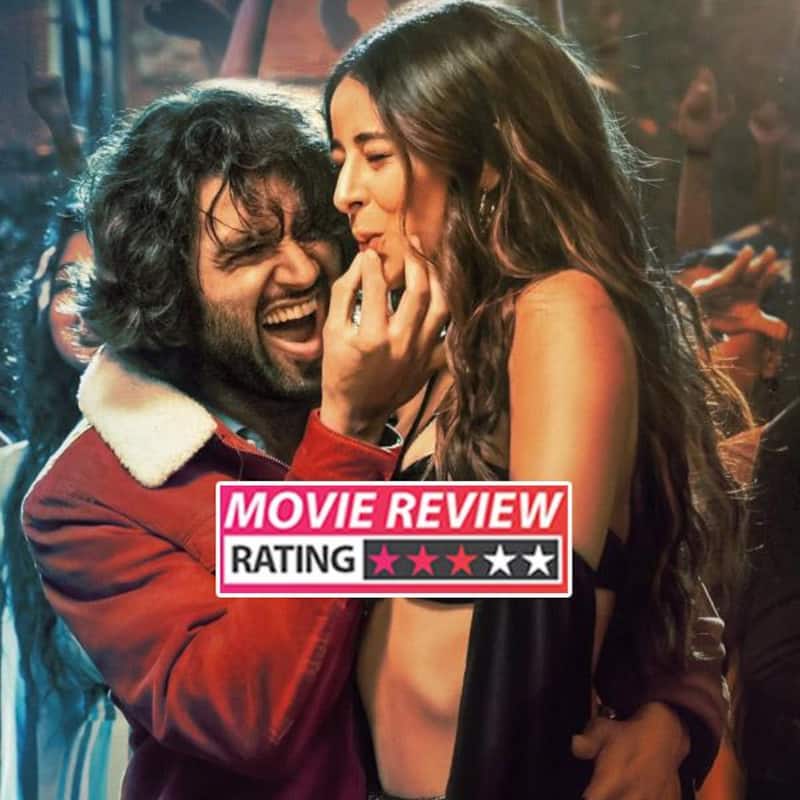 Liger (Vijay Deverakonda) and his mother Balamani (Ramya Krishna) come down to Mumbai from Karimnagar to get trained for Mixed Marital Arts Championship by Christopher (Ronit Roy). For a living, they sell tea on the streets of Mumbai. Christopher’s rival is Sanju who is already a champion in MMA and now Liger has to win against Sanju in the ring. Liger falls in love with Taniya who is Sanju’s sister. Also Read - Trending South News Today: Vijay Deverakonda’s Liger on OTT; Tamannaah Bhatia reveals the reason why she doesn’t go on fancy dinners and more

Taniya, one day, breaks her relationship with Liger because of his stammering problem. He loses his confidence while the competition is nearing. On the other hand, Balamani is doing every possible thing to bring back his confidence and push him to the ring. While the fight between him and Sanju becomes personal, Liger starts taking it seriously as revenge on Taniya. But it is Liger’s responsibility to win because he becomes and inspiration to many gully boys like him. Also, his mom has been dreaming to see him becoming a champion. Will he succeed? Is it so easy for a youngster from the slums of Mumbai to become an international champion? Are there no villains here? Let’s see that too. Also Read - Allu Arjun to Vijay Deverakonda: Fees charged by these top South Indian actors for brand endorsements will leave you shocked

That first actor who deserves all the appreciation here is Ramya Krishna. She is the soul of the film. She is a firebrand mother who doesn’t let any harm come near her son. Not even a girl. Her performance in this film is powerful. Vijay Deverakonda’s physical transformation into a martial arts champion is applause-worthy. His performance as a stammering guy is natural. He got into the skin of the rugged youngster from the slums and his avatar is mind-blowing. Ronit Roy, Ali, Getup Srinu, and Vish have done a good job. Watching Mike Tyson on screen gives a high to the audience and his introduction scene will give goosebumps audience.


The camera work by Vishnu Sharma is good. BGM elevates almost all the scenes. Thanks to Charmme, production values are high. Director Puri Jagannadh has shown his mark in the film. His dialogues, characterisation of the artists, and every minute detail he focused on are just wow. He came up with a film after three long years and it manager tow in your hearts in bits and pieces. The first half of the film is very much strong and Puri’s mark is very much visible here.

The second half of the film is very boring, irritating, annoying and whatnot. It is written and shot in a very poor manner. The hero starts working on something and ends up doing something else in the end. The climax could have been a lot better and what you expect to see is what does not happen there. Ananya Pandey is one of the biggest drawbacks of the film. Though she brings twists and turns in the story, she doesn’t really have anything meaty to play with. She is just a glam doll who has a skin show to do. Liger is said to be a Telugu film. But the entire film is shot in Hindi and dubbed in Telugu. That is such a disgusting thing to watch. Only Vijay Devarakonda, Ramya Krishna and Ali recite dialogues in Telugu. Mumbai background is a red flag and you really can’t connect with it.

On the whole, the Liger here manages to impress the audience but the director fails in narrating a successful story.