Satya (Tahir Raj Bhasin)'s life is in jeopardy after losing his boss' drug money and needs his much smarter girlfriend, Savi (Taapsee Pannu), to come up with a plan to source Rs. 50 lakh in less than an hour, trapping them in a time loop that affects both theirs as also the lives of whom they encounter during this time 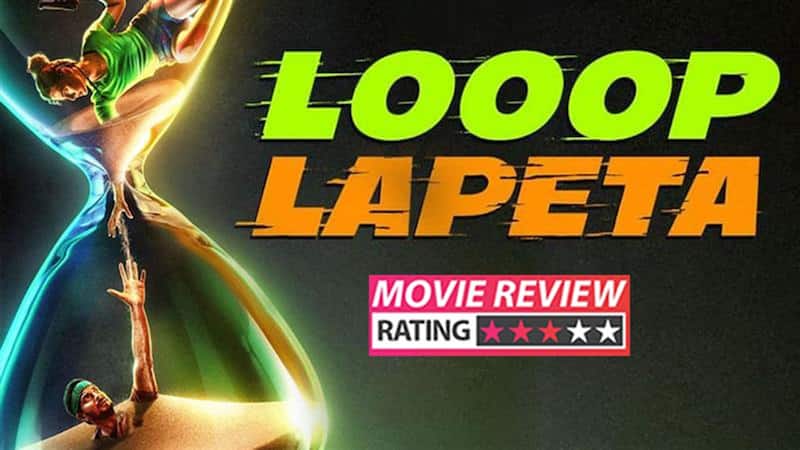 Run Lola Run, released back in 1998 went on to achieve cult-classic status as one of the handful of German movies that truly cut across demographical, ethnic and regional boundaries to attain global popularity. A major reason for that was because of its groundbreaking content and fun presentation, which ingeniously amalgamated complex philosophical theories such as free will, determinism and compatibilism against a wildly entertaining backdrop of a fast-paced sprint within a time loop. So, how does the Taapsee Pannu and Tahir Raj Bhasin Bollywood remake, Looop Lapeta, fare in comparison? The good news is that it's quite different from the German original with Director Aakash Bhatia and his mini-army of co-writers taking the plot in several new directions. However, does that make Looop Lapeta's own identity as good as Run Lola Run if not better? Well, it doesn't, but that doesn't mean this Netflix movie isn't worth your time. Also Read - Ajay Devgn's Runway 34, Amitabh Bachchan's Jhund and more Bollywood movies that flopped this year despite good reviews

Satya (Tahir Raj Bhasin)'s life is in jeopardy after losing his boss' drug money and needs his much smarter girlfriend, Savi (Taapsee Pannu), to come up with a plan to source Rs. 50 lakh in less than an hour, trapping them in a time loop that affects both theirs as also the lives of whom they encounter during this time.

Watch the Looop Lapeta trailer below:

Looop Lapeta boasts a fine act from Tahir Raj Bhasin, who proves with each new project the true meaning of versatility. He's extremely well supported by Dibyendu Bhattacharya, Shreya Dhanwanthary, Rajendra Chawla, Manik Papneja, Raghav Raj Kakker and Bhupesh Bandekar. Taapsse, too, is good in her role as the central protagonist, but it's just feels like she's playing herself these days. Make no mistake, Taapsee as Taapsee is still pleasing to watch on screen, but you wish she mixes it up a bit. Aakash Bhatia realises the need of the hour to simpify Run Lola Run to appeal to a wider, homespun audience, and it works for the most part, with the narrative being both interesting and funny. The Goan flavour also fits right in with the concept and its indegenous milieu adds a distinct shade to proceedings. Yash Khanna's camerawork, plus Rahul Pais and Nariman Khambata's backgroud score also add to the engagement factor.

As mentioned earlier, Looop Lapeta going in mostly a new direction from Run Lola Run is welcome, but doesn't always click, mainly due to it taking a bit too long to set itself up, which takes away that snappy vibe that worked so well for the original. Moreover and most importantly, the cause behind its time loop remains undefined and as such, the effect loses quite a bit of sheen. Even if the makers wanted to make a detour from the source material, which is always a good things for creativity, they could've just watched last year's best Tamil movie, Venkat Prabhu's Maanaadu to comprehend how to make a longish movie on the same concept, completely simplified for a desi audience, without losing sight of its core theme or dumbing things down. Despite being ten minutes shorter to Maanaadu, Looop Lapeta still feels longer and not as tight, with editor Priyank Prem Kumar being as much to blame here as Director Aakash Bhatia.

To put in a “loop”, Looop Lapeta is enjoyable with its quirky comedy, local flavour and performances, and though its different approach from Run Lola Run is welcome, the result doesn't have the same effect as the layered German original nor as a simplified yet superlative Tamil masterpiece of last year, Maanaadu. Nevertheless, this merry-go-round ride on Netflix from Taapsee Pannu and Tahir Raj Bhasin is worth a watch at least once. I'm going with 3 out of 5 stars.