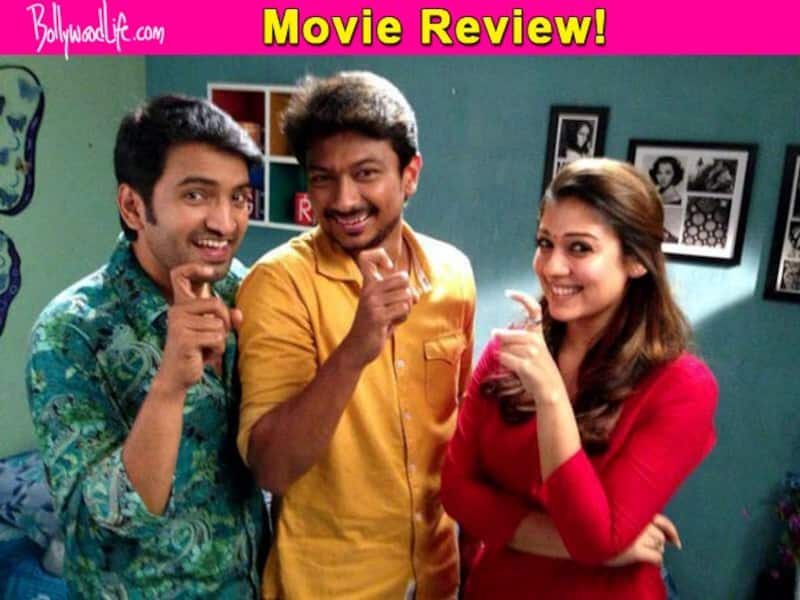 With Santhanam and Udhayanidhi teaming up for the second time, the film is a laugh riot as expected by fans

This summer there are many releases in Kollywood and Nanbenda is one of the much expected ones. it opened to packed houses on Thursday and reports say that it's doing really well at the box office. Also Read - Trending South News Today: Rashmika Mandanna banned in Kannada industry; Nayanthara wins Vignesh Shivan mother's praise and more

The movie – as the title suggests – is about friendship and in this film it’s about Udhay’s friendship with Santhanam. Udhay (who lives in Thajavur) helps Santhanam (who lives in Trichy) get a job and every month on the first he meets up with him blow up his salary. Udhay doesn’t like to work but loafs around and tries to get out of the job interviews his father sets up. On one of the monthly trips, he bumps into Nayanthara and as expected love blooms. His mother had told him that according to his horoscope if he unexpectedly meets a woman three times on a single day that she will be woman of his dreams and his wife. So does he meet Nayanthara thrice? Does he win her love? What are the impediments to their love? This forms the rest of the story. Also Read - Samantha Ruth Prabhu BEATS Alia Bhatt, Deepika Padukone, Katrina Kaif and more to become the Most Popular Female Star [VIEW FULL LIST]

Udhay has improved tremendously in his acting and dancing skills and his dialogue delivery. He seems much more effortless in this film as compared to his earlier OKOK. Nanbenda tries to bring back the Udhay-Santhanam friendship that is laced with comedy and this provides for quite a few laughs. Nayanthara looks gorgeous and as always her acting is impeccable. The music in the film is good and the visuals are a treat.

The story is not spectacular or new. It’s old wine in a new bottle that is beautifully packaged.

Nanbenda is a light-hearted comedy that provides you laughs. This is a good summer treat because it’s not a heavy subject and doesn’t bore you. Santhanam keeps the laughs going and the film has something for everyone – comedy, romance and little bit of action. The whistles and claps for Santhanam, Udhay and Nayanthara in the theatre prove that it's definitely worth a watch!