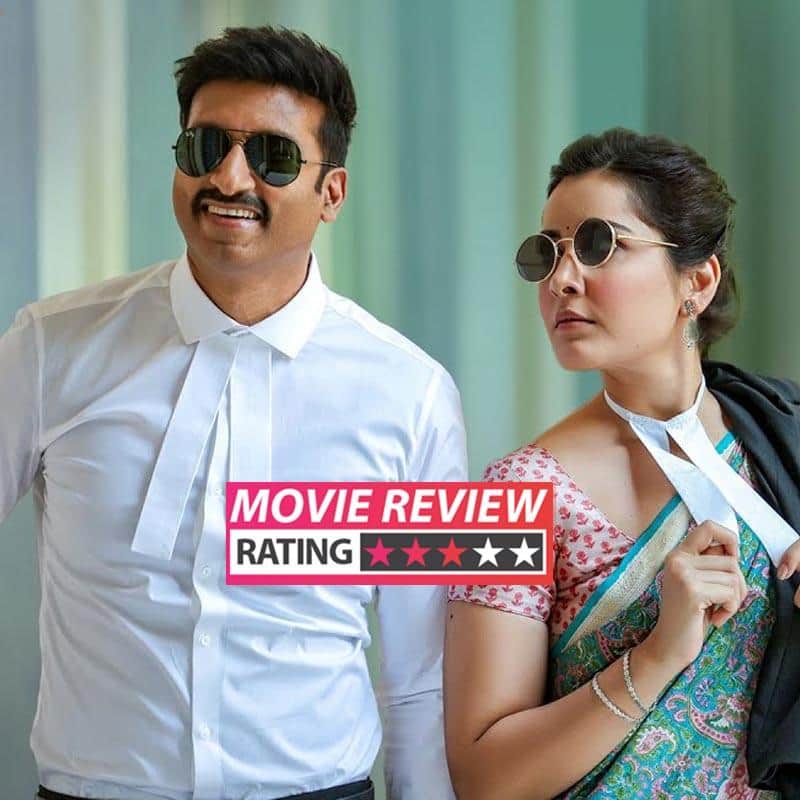 Actor Gopichand is one of the bankable actors in the Telugu film industry and has been going through a tough time finding the right story that can help him bag a hit at the box office. Well, finally, we can say he found the right one. Pakka Commercial, directed by Maruthi, hit the screens today and opened to positive responses from audiences and fans. The film has Raashi Khanna, Sathyaraj, Rao Ramesh, and others in key roles. Here’s our review of this Pakka Commercial entertainer. Also Read - Taarak Mehta Ka Ooltah Chashmah: Asit Kumarr Modi takes a dig at Shailesh Lodha's exit; says, 'Show rukega nahi' [Watch]

What's it about Also Read - Friendship Day 2022: 'It is the foundation of life,' says Anusha Dandekar [WATCH EXCLUSIVE VIDEO]

Lucky (Gopichand) is a lawyer who takes up any cases just for the sake of money. All he needs is money and nothing else. That’s how is known for being ‘pakka commercial’. He is the son of former judge Suryanarayana (Sathyaraj) who is known for his values and is an inspiration to many. This father and son duo is popular in the city for being in contrast to each other.

Then comes a businessman Vivek (Rao Ramesh) who wants Lucky to deal with his legal affairs. To our surprise, Vivek is the reason behind our judge quitting his profession. Now the father decides to lock horns with his son in the courtroom in order to teach his son a lesson and also to take revenge for the pain caused to him.

The director’s writing, and the story. Be it Bhale Bhale Magadivoy, Mahanubhavudu, or Prathi Roju Pandagey, Maruthi is known for writing some really good comedy scripts which become a hit with the comedy timing of the actors. He entertained the audiences once again with this film. Gopichand is back with a bang as he shines on screen as Lucky. He got into the skin of the role and proved his mettle once again. He is indeed a visual treat in this film. Raashi Khanna, over the past years in the characters she played, has improved a lot. She is just perfect in this film. Rao Ramesh and Sathyaraj fit well into their roles and these two senior actors are a delight to watch. A satire on the sword fights in Rajamouli and Boyapati’s films are a bang on.

This film has a lot of bits and pieces on spoofing commercial ways of filmmaking and TV serials. Also, Raashi’s character is stretched beyond a point in the second half.

If you are looking forward to watching a pakka commercial entertainer that will make you laugh at the theatres, then this film is for you.