Pathaan Movie Review: Shah Rukh Khan and Siddharth Anand deliver an entertaining actioner that has mass blockbuster written all over it

Pathaan starring Shah Rukh Khan is out in theatres. The movie also stars Deepika Padukone and John Abraham. Is it worth your time and money? Read our Pathaan Movie Review first and decide... 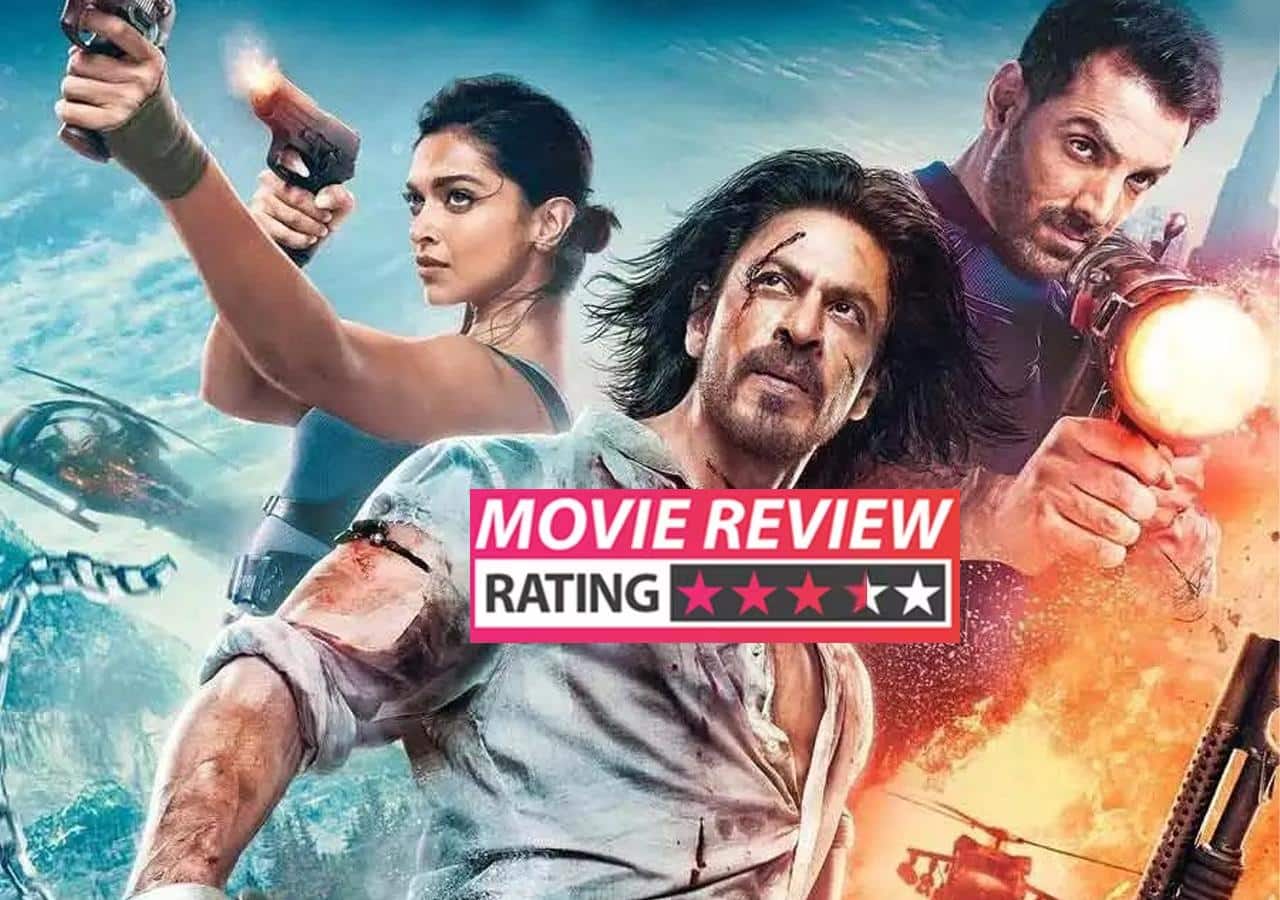 Pathaan (Shah Rukh Khan) an ace spy is missing for a couple of years. He has to end his exile as a rogue soldier, Jim (John Abraham) who is now a contract terrorist has his evil eyes set on his former motherland. The mission is one and the same to save Mother India from a deadly lab-generated virus. Joining him on the mission is Rubina (Deepika Padukone) in a mysterious character. How he manages to play saviour in what it is about. Pretty much simple and basic. Also Read - Pathaan movie review: Shah Rukh Khan, Deepika Padukone starrer leaves fans impressed; call it a 'cinematic joy', 'super duper hit'

Siddharth Anand is a huge fan of action movies and knows how to present his leading man. Shah Rukh Khan's entry is terrific. The background song enhanced it 10x. The film is pacy and moves at breakneck speed. Shah Rukh Khan seems to be revelling in playing an action hero. He brings in the machismo, swag and charm in equal measure. Fans will also love the stunt choreography of the movie. The action sequences shot in the frozen lake and the train one deserve a special mention. John Abraham is sizzling and excels in the role of a villain driven by personal tragedy. Dimple Kapadia is earnest in her role which reminds us of M from the James Bond movie. Some of the dialogues are fun. The piece de resistance is the sequence of Salman Khan and Shah Rukh Khan. Their bromance is making you whistle and how. Deepika Padukone is super hot and fans will be reminded of Race 3 and Cocktail in terms of the glam. Shah Rukh Khan and Deepika share moments of tenderness and sexual tension which prove their kick-ass chemistry. Siddharth Anand does a good job of delivering a masala film.

The predictable storyline is the weakest link of the movie. But it does not annoy you as the screenplay is engaging. The VFX of the jet pack scene could have been a bit better. Critics will argue that it has nothing in terms of the story that has not been done before.

Pathaan is one of the best action films made in India. It is a visual treat. Shah Rukh Khan proves yet again why he is king. His commitment to his craft and audience will make you Jhoom in the theatres and how.