It's no secret that Pati Patni Aur Woh is a remake of the legendary B.R. Chopra's 1978 dramedy by the same name, with Kartik Aaryan, Bhumi Pednekar and Ananya Panday stepping into Sanjeev Kumar, Vidya Sinha and Ranjeeta Kaur shoes 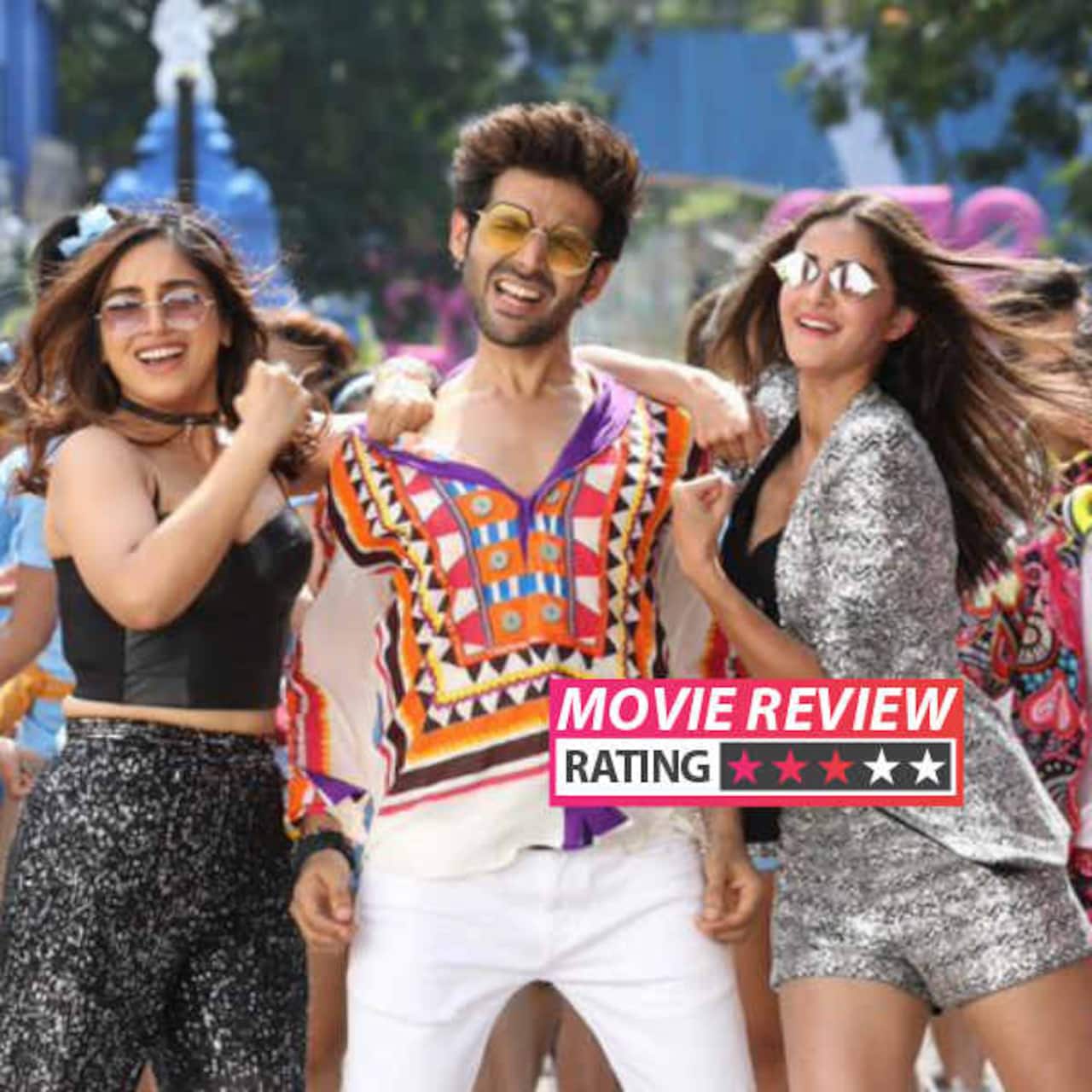 Forget the 1978 original, Bollywood has had a rich and proud tradition of dishing out films based on extramarital affairs, whether they're of the serious and sensitive kind like Guide, Silsila, Arth and Astitva or laugh-out-loud rib-ticklers like Saajan Chale Sasural, Biwi No. 1, Masti and No Entry (and I'm just naming a handful of the good the great ones). Something about the subject seems to perpetually draw our filmmakers to it, yet emerge on the other side with results that range from profound to hilarious more often than not. So, does the remake of Pati Patni Aur Woh manage to become a part of this age-old tradition? Well, almost... Also Read - Bigg Boss 16: Did Karan Johar just take a jibe Kartik Aaryan for Dostana 2? Almost spills the beans on Sidharth Malhotra-Kiara Advani wedding and more

What's it about
It's no secret that Pati Patni Aur Woh is a remake of the legendary B.R. Chopra's 1978 dramedy by the same name. However, this time around, the makers have leaned more toward comedy than drama, which is understandable given today's tastes and how modern-day audience have become all too familiar with such discretions. Kartik Aaryan, Bhumi Pednekar and Ananya Panday step into Sanjeev Kumar, Vidya Sinha and Ranjeeta Kaur shoes, where Kartik plays Chintu Tyagi, a man who's seemingly living the good life, with his career on the ascendency and a beautiful wife, Vedika Tripathi, played by Bhumi, who loves him to bits. Also Read - Adipurush: Kriti Sanon says she's extremely proud of Prabhas starrer, 'I hope it gets its due'

Yet, he can't resist the temptation of an adventurous shenanigan when an urbane and hip Tapasya Singh, played by Ananya waltzes into his life for professional reasons. This germ of an idea featured in the original, too, which shows how you don't need to be unhappy to seek "extra" happiness elsewhere, is smartly retained by the makers. The resemblance mostly stops at this point as the rest of the film thankfully displays its own identity. Also Read - Trending Entertainment News Today: Fans root for Pathaan star Shah Rukh Khan in Dhoom 4, Kartik Aaryan trolled for remaking Character Dheela and more

What's hot
The two biggest winners in Pati Patni Aur Woh are the dialogues and performances in that order. Mudassar Aziz needs a special mention for how he has tapped into the core essence of Kanpur and Lucknow's dialect sans alienating viewers from other parts of the country while also embellishing his actors' lines with comical punches. Of course, it helps when you have performers of the caliber of Kartik, Bhumi and Aparshakti Khurana (as Chintu's best friend, Fahim Rizvi — a character modeled on Asrani's Abdul Karim Durrani from the original, but again, quite different in it's own right) mouthing these lines. Surprisingly, Ananya also does a serviceable job with a cutely charming act, showing that she's more than what was shown in her first outing. Rajesh Sharma is as reliable as ever and it's a pleasure to watch K.K. Raina in a substantial role after ages.

It's down to Bhumi Pednekar once again though to steal the show from right under the noses her highly competent costars. Regardless if she's playing the woman in charge of the relationship or her destiny or the small-town feminist who refused to let a man take her for granted, Bhumi nails every moment. She's building a repertoire of excellence and building it rapidly. Especially, watch out for her scenes where she breaks down in a mall and when she contemplates skirting risque territory herself at her sister's wedding. This is also one of those rare times when the editing (Ninad Khanolkar) is just right. Chirantan Das' camerawork also does a fair job at capturing the quaintness of UP's small towns.

Ananya opens up about her marriage plans

What's not
For a film going down the comical path, Pati Patni Aur Woh needed to be consistently funnier. It has its hilarious moments, especially during the final 30-40 minutes, but there a portions, particularly sizeable ones in the first half, where the slapstick scenarios either don't hit you well enough or could've been milked more. Additionally, the narrative doesn't feel as fresh as it needed to with several moments looking as more as been borrowed rather than inspired from superior similar products like Masti, Saajan Chale Sasural and Biwi No. 1. Mudassar Aziz's script and direction needed to be at the same level as his dialogues. Fortunately the borrowing trend doesn't venture to other titles. The music, too, while easy on the ears, doesn't really register with you (Dheeme Dheeme may appeal to the youth though). Such comedies really need one or two songs that are big hits — something Dream Girl, released earlier this year, did so well.

BL Verdict
Pati Patni Aur Woh is a lighthearted, breezy affair that intermittently tickles your funny bone, but had the potential to be a real laugh riot. It's still a decent crowd pleaser and should especially appeal to the family audience and Kartik Aaryan fans. I'm going with 3 out of 5 stars.