Raid movie review: Ajay Devgn-Ileana D'Cruz's film is all the inspiration you need to file your Income Tax returns on time

Raid is a decent watch, even otherwise 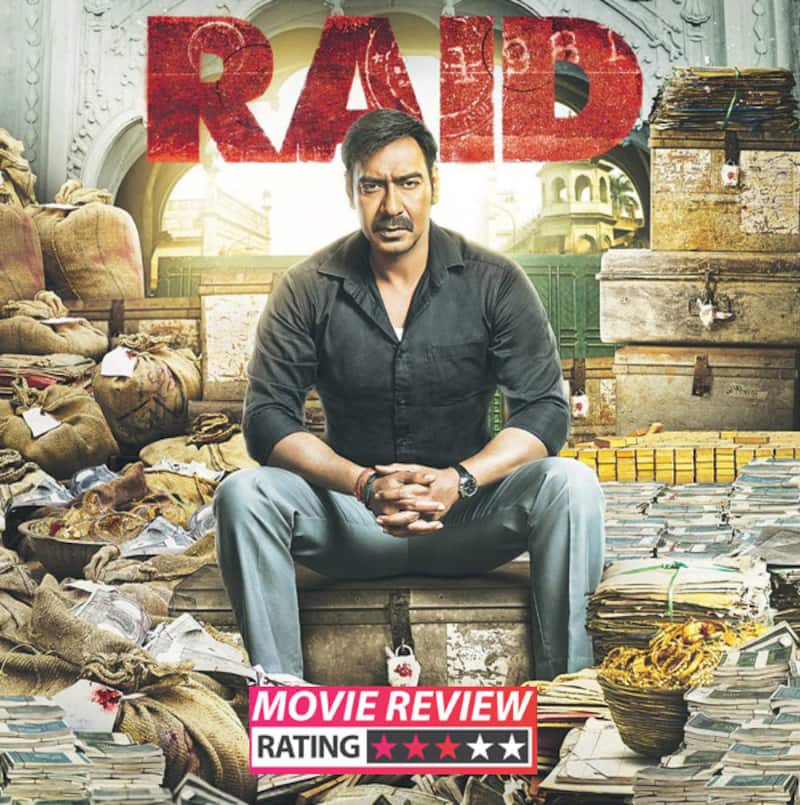 At a time when you are crunching numbers, trying to get your documents in place inorder to file income tax returns, a film that documents the longest raid in the history of India, does seem relevant. There is something deviously satisfying in knowing that there are people who are out there sitting on pot loads of money and that there is a system in place to bring them to order, isn't it? But let's face it, tax evasion is rampant all around us. We all know someone, who knows someone, who has stashed away bags full of black money. And so, when a kickass trailer offered us a glimpse into the story of Raid, we were game. So, with much excitement and hope, we made our way to the theatre to watch the film and review it for you. Here's what we thought... Also Read - After Laal Singh Chaddha-Raksha Bandhan's disastrous box office run; these five upcoming BIG clashes may end up losing money

Amey Patnaik (Ajay Devgn), an Income Tax officer, is honest to a fault. So much so, that you want him to falter at times. Sample this: He wakes up at 4:30, does everything by the clock, follows rules no matter how silly they seem, goes to parties with his own bottle of rum so as not to be indebted to others. In short, he is the very definition of an ideal citizen. What's more...he has been transferred 49 times due to his over honest ways and now he is so used to it, that he goes to a place only to move from there in the matter of a few raids. However, his wife, Malini (Ileana D’Cruz), isn't so happy with the whole vagabond lifestyle. She keeps pestering him to not be as honest as he is, but when he doesn't relent, she plays the dutiful wife, prettying up herself for him, tidying the house and getting scared about his righteous ways. She does the same things when they get transferred to Lucknow, while her husband dearest is trying to find out that one controversial raid that will get him transferred. But Amey is in luck because no sooner does he arrive, a informer tips him off about a wealthy MLA's tax evasion. Jumping on to the opportunity, Amey lands at the politician's house with his army of officers. And while at first the whole thing seems like a sham, what with the officers finding nothing, little by little, he manages to find the treasure trove. However, the MLA that Amey has targetted is not ordinary man. Rameshwar Singh (Saurabh Shukla) is the MLA with a lot of clout. Such is his prowess that he is at a position to threaten the reigning government. But Amey has the power of his honesty. Raid is all about the fight between good and bad. There are no shades of grey here. Also Read - Independence Day 2022: Anushka Sharma, Virat Kohli, Ram Charan, Jr NTR and more celebrate Azadi Ka Amrit Mahotsav; Ram Gopal Varma's idea of 'freedom' leaves netizens in splits

There's something about seeing Ajay Devgn play an officer - a policeman, an army personnel or an income tax officer. He brings a lot of depth to the character, what with his brooding eyes and deep baritone. He lends Amey an air of reality. If not for him, a character as righteous, would be too good to be true. Saurabh Shukla, as his arch nemesis, plays his part so well, he seems deplorable. But there comes a point in the film when he also seems vulnerable, which, thanks to a nuanced performance, comes through. The unassuming and verbose grandmother is another highlight of the film. Besides this, the film does keep you riveted throughout. You are always kept guessing as to what will happen next, which is a great thing for a film like this.

Being a film about an income tax raid, it would be impossible for Raid to avoid comparisons with Special 26. And, though fake, the raids in Akshay Kumar's film were more glossy and awe-inspiring. Despite knowing that they were crooks, you wanted to cheer them on. That drama seems to be missing from the raid conducted in the Ajay Devgn-starrer. Besides, a thriller like this demands a dramatic background score, which seems to have gone completely for a toss here. And what was the need for that song during a crucial scene in the film where Ajay was trying to run away from the public. It seemed completely out of place there. Lastly, we know that the film tried to tell us of the commitment of government officers and their families, but that whole honest officer's feisty and bubbly wife thing has been done to death!

Raid is a great watch if you want inspiration to file your IT returns on time. Raid is a decent watch, even otherwise. However, don't expect it to bowl you over.