Lala Kedarnath (Akshay Kumar) runs the most famous chaat shop in all of Chandni Chowk and has four sisters whose weddings are the biggest concern of his life, especially with the insane amounts of dowry that's been demanded 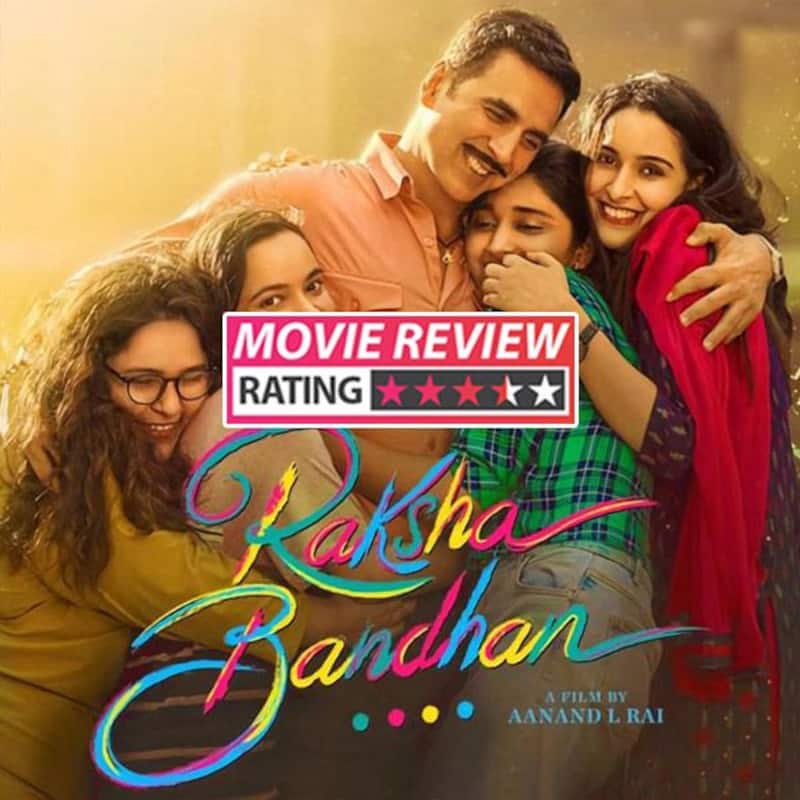 Movie: Raksha Bandhan
Raksha Bandhan cast: Akshay Kumar, Bhumi Pednekar, Sadia Khateeb, Sahejmeen Kaur, Deepika Khanna, Smrithi Srikanth, Seema Pahwa
Raksha Bandhan Director: Aanand L Rai
Where to Watch: In Theatres
Akshay Kumar is not having the best of time at the movies. His last two theatrical releases, Bachchhan Paandey and Samrat Prithviraj, were outright flops, the second being a big disaster in fact, one that he faced after several years. So, will Akshay Kumar manage to bounce back with Raksha Bandhan? Well, the box office along will decide that, but for now, his movie with Bhumi Pednekar, directed by Aanand L Rai, at least has the kind of content at first glance to potentially strike chord with the audience, more so since the theme of sibling bond should resonate heavily given its time of release. Also Read - Trending TV News Today: Bigg Boss 16 premiere, Ghum Hai Kisikey Pyaar Meiin fans threaten to boycott the show and more

Lala Kedarnath (Akshay Kumar) runs the most famous chaat shop in all of Chandni Chowk and has four sisters whose weddings are the biggest concern of his life, especially with the insane amounts of dowry that's been demanded. His secondary problem is his own live life as he can't marry Sapna (Bhumi Pednekar) till his sisters tie the knot. Also Read - Ghum Hai Kisikey Pyaar Meiin: Ayesha Singh-Siddharth Bodke's off-screen bond wins hearts; THESE pictures are proof why fans ship them together

Watch the Raksha Bandhan trailer below:

Raksha Bandhan highlights how the evils of dowry system are still rampant across India even in metros like Delhi and how even good people Lala Kedarnath can't help but be a part of it, thinking it's the only way to get the daughters of your house married. The jolt received to make his realise how wrong it is, is predictable yet effective and the good thing is that the heavy drama is offset by copious humour. After a long time, three songs in a movie work, but not all that surprising when Himesh Reshammiya is the man behind all the tunes. Akshay Kumar, Bhumi Pednekar, Neeraj Sood and everyone who plays Akshay Kumar's siblings are in fine form as in the lead star himself. The direction and writing works, well, too for the most part.

The fat shaming and colour shaming gets a bit too much after a point, more so when they aren't properly resolved. For some reason, a lot of the dialogues are bellowed at an extremely high decibel by the entire cast, too, particularly in the comedy scenes, which dilutes some of the humorous impact. The entire movie is also wrapped up too quickly and conveniently, and a bit abruptly, when the narrative were set up for more. Truth be told, Hemal Kothari's editing right through is a bit of an issue as is K U Mohanan's pedestrian camerawork.

All said and done, Raksha Bandhan brings back old-school Hindi cinema with old-school values to good effect. BollywoodLife is going with 3.5 out of 5 stars.