Salaam Venky Movie Review: Kajol and Vishal Jethwa's film based on a real story has managed to leave a few emotional. 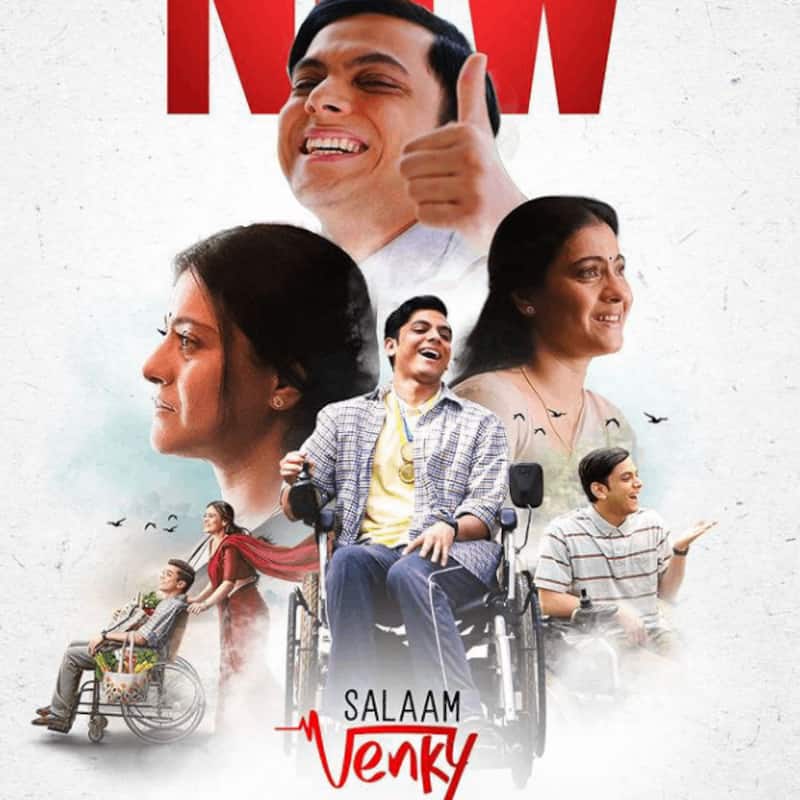 Quite a few Bollywood films are now making their way to the theatres. Among the cluster of films, Kajol and Vishal Jethwa's film Salaam Venky has made it to the theatres today. The movie directed by Revathi is about a mother who does it all to fulfill her son's last wish. It is based on a true story. It is based on the book The Last Hurrah by Shrikant Murthy which narrates the story of a 24-year-old chess player who suffered from the rare degenerative disease Duchenne Muscular Dystrophy. The movies has made it to the theatres and going by the Twitter reactions one can say that it going to be an emotional ride. Also Read - Nysa Devgn rings in New Year 2023 in Dubai with Orhan Awatramani, Ahan Shetty and other friends [View Pics]

Movie Review: Here's what netizens have to say about Salaam Venky starring Kajol and directed by Revathi

Being a patient itself. I'm thankful to you for stepping out and talking about this rare disease "MUSCULAR DYSTROPHY".#SalaamVenky #SupportMuscularDystrophy #DMD #BMD #LGMD pic.twitter.com/dk5DVX6UPC

Its SENTIMENT, its LOVE,its COMEDY,its THRILLER "SALAAM VENKY " Movie ?Concept is good ?. FROM TODAY in theaters....Tickets ? booking OPEN NOW in ONLINE AND IN near THEATRES.All the best ? to Bollywood actress KAJOL mam ? ?.This is SRIDHAR.M https://t.co/BO1nIDsUJj pic.twitter.com/kHml3GDPoD

#SalaamVenky interval:- #VishalJethwa deserves all the love and praise! All the markings of a star man. #Kajol really delivering the helplessness of a mother having dedicated her life only to her own son

Heartfelt but heartbreaking because it’s an empty theatre ?

Just yesterday, Ajay Devgn reiewed wife Kajol's film and mentioned that he was touched by it. He penned a note stating that the film charged him emtionally. Also Read - Ajay Devgn's daughter Nysa Devgn stuns again with her bold Christmas outfit; check all the times she grabbed eyeballs with her hatke dressing style

Salaam Venky ‘charged’ me emotionally. This one is special.