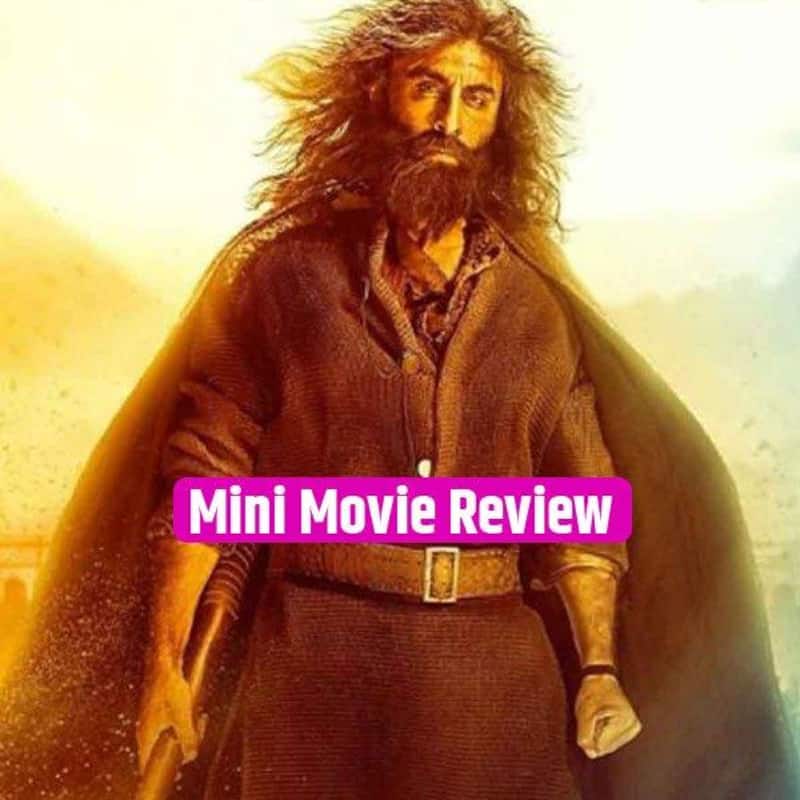 Shamshera has finally been released on the big screen and the good news, no, the great news is that it more than lives up to its lofty expectations on being an archetypal big-screen masala entertainer – the kind Bollywood used to dish out with freakishly successful propensity in the 60s, 70s, 80s and 90s and to some extent in the early 2000s, but shamefully turned its back on post that barring Rohit Shetty. Hopefully, Shamshera brings those golden days back, especially when it come to dacoit actioners aka Hindi cinema's homespun brand of curry westerns because till the first half, which we're just done with, the Karan Malhotra directorial, starring Ranbir Kapoor, Sanjay Dutt and Vaani Kapoor, indicates exactly that. Also Read - Kaun Banega Crorepati 14: Besides Aamir Khan, Ranbir Kapoor, Alia Bhatt and more Bollywood stars set to appear as guests on Amitabh Bachchan's show

Shamshera has every nostalgic throwback you could hope for from the best of 60s, 70s and 80s dacoit films, yet writer-Director Karan Malhotra and his trio of co-writers yet doesn't play on nostalgia alone, infusing the movie with enough modern elements to appeal viewers of all ages and demographics. Everything from the introduction of the hero to the revenge theme to double roles to rescuing your heroine to fulfilling your prophecies is straight out of the pages of Manmohan Desai, Ramesh Sippy, Raj Khosla and Nasir Hussain, but the contemporary touch brought to it is all Karan Malhotra. Big word, too, for the cinematography and YRF again showing their technical finesse in the VFX department. As for Ranbir Kapoor, he completely nails it in his first double role and Sanjay Dutt is as evil as evil could be while Vaani Kapoor's character so far is limited, but still pretty important to the plot. The rest of the supporting cast like Ronit Roy and Saurabh Shukla are in fine form. The first song, Fitoor, is also enthusing to watch on the big screen. The interval block face-off between Ranbir and Sanju Baba is another high point. Also Read - Friendship Day 2022: Shah Rukh Khan-Salman Khan, Sanjay Dutt-Arshad Warsi and more Bollywood actors who became friends after working together in a film

Very little to complain about so far in Shamshera other than things feeling a tad, and only a tad uneven when the plot is being set up in the first 10-15 minutes. The first half could've also been trimmed overall by 8-10 minutes. None of the songs other than Fitoor leaves a mark, which is thankfully why the makes must've decided to not show the rest in their entirety. Ranbir's dacoit loots could've also been fleshed out a bit more. Also Read - Alia Bhatt and Ranbir Kapoor off for a babymoon? Actress looks cute as she flaunts bump in a sweatshirt [View Pics]