The film is complete bang for your buck 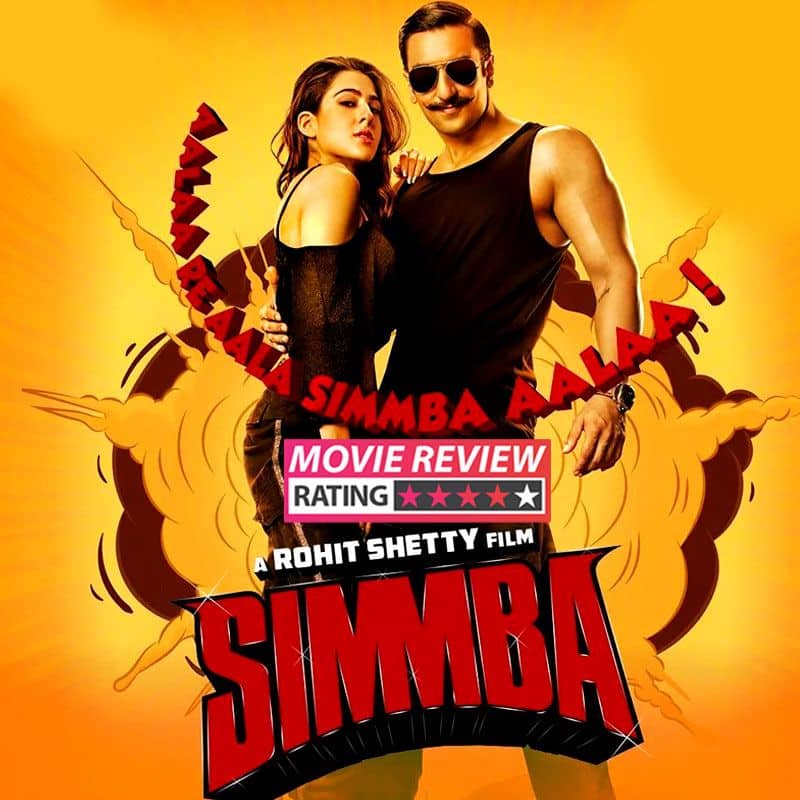 We have come to associate directors with their signature style of filmmaking. Karan Johar is known for his larger-than-life themes, Sanjay Leela Bhansali delivers opulent dramas, Imtiaz Ali has the pulse on modern romances and Aanand L Rai is the master of telling the most ordinary stories, extraordinarily. Similarly Rohit Shetty is known for entertainers, with a lot of action and comedy thrown in the mix. What's interesting this time around is that he has company in Ranveer Singh, who personifies entertainment. The film sounds promising right from the word go. So it is with great excitement that I go for a press screening of the film and here's what I thought of it... Also Read - Liger star Vijay Deverakonda upset with his episode of Koffee With Karan 7? [Exclusive]

What's it about
Sangram Bhalerao (Ranveer Singh) is unscrupulous, which he attributes to his upbringing as an orphan. He learns quite early on in life that an uniform will fetch you respect and help you earn money. So despite being involved in petty thefts, he studies to become a police officer. When he gets the uniform, he does what he had always dreamt of - earn big bucks. He doesn't care about the crimes taking place as long as he is being bribed. He hits jackpot when he is transferred to the Miramar police station, as he terms it to be a gold mine. Once there he pays a visit to Durva Ranade (Sonu Sood) and assures him of his cooperation. His own troops are also are aware of his bribe-taking ways as his reputation precedes him. And while everyone joins him in the money-making business, Nityanand Mohile (Ashutosh Rana) warns him of the consequences of his ways, after trying to make him see the error of his overlooking crimes. But Simmba being Simmba, continues to make merry and make 'families' everywhere he goes. He falls in love at first sight with Shagun (Sara Ali Khan) and dreams up of not one, but two remixed songs with her. When he spots Aakruti (Vaidehi Parshurami) teaching street kids, he immediately takes a liking to her as she reminds him of his teacher and later when she comes to the police station to lodge a complaint, he proclaims her as a sister. Everything is hunky dory as Simmba continues to draw government's salary and work for the goons. But everything changes when one fateful night Aakruti is raped and murdered. Then on begins the rise of Sangram Bhalerao.
What's hot
Ranveer Singh. And when we say that, we don't mean only the way he looks. Ranveer has an innate quality of becoming the character he plays and with Sangram Bhalerao, it looks like he didn't have to do much. Ranveer's swashbuckling swag lends so beautifully to a cop's character, it seems almost criminal to have kept him away from the uniform for so long. He is made-to-order for these roles! But don't get me wrong here, I'm in no manner saying that it was easy for him to play the character. Far from it. The role did require him to show the full arc of Sangram - as he transforms from a street-smart cop to a helpless one and then emerges as the one who delivers justice. Ranveer certainly deserves every clap and whistle that he fetches throughout the film. As does Rohit Shetty. Every scene of the film made me wonder as to what took them so long to get together. Rohit is in his element here, with some amazingly choreographed fight sequences that will make the single-screen audience in you hoot. However, you see how far he has come as a filmmaker too, when he avoids his usual tropes and steers clear of blowing up cars or planning elaborate car chase sequences. He also will win the masses with the manner in which he addresses an issue with a super-entertaining plot. He speaks the language of the masses and that should help the film connect. Not to say that it's the only thing that the audience will appreciate. The narrative is laced with humour and some explosive dialogue play. Every time Sangram goes, 'Tell me something I don't know,' or 'mind is blowing,' the crowd erupts. Sara Ali Khan has little to do in the film, except dance and look pretty, which she does. But, she should surely heave a sigh of relief that this wasn't her debut film. Ajay Devgn's cameo in the film lends even more authenticity to Simmba. The whistles just don't stop when he appears on screen. Also, the amazing background score deserves a round of applause.
What's not
We have all, at some point or the other, been part of conversations where people have advocated the need for public justice over the judicial system. No matter what side you took in that conversation, Simmba will force you to agree with the fact that taking matters in one's own hands is the only solution left. Like we pointed out, it is the general consensus. However, the thought of cops determining the fate of a criminal is not the most comforting one, no?
The film falls in the generic genre of family entertainers - fare that we have grown up on. Which is why, at times, the film confuses you. While you find yourself doubling up in laughter through the first half, the somber second half has some very emotional moments. However, this is not a flaw. What I have a complain with is the rather one-dimensional ensemble cast. While Ranveer has a well-fleshed out character, the others seem pretty flimsy in comparison. Also Sonu Sood doesn't work as a villain simply because we have seen him play some endearing roles which he hasn't really shirked off in this one. His villain could have been nastier so as to make the plot even more tight.
What to do
Anyone who has watched The Lion King, would first think of the cute little lion cub from the film when thinking of Simmba. Not anymore. Ranveer Singh is here to steal the name and also the roar. Simmba provides complete bang for your buck. But it will also make you rue all the years Rohit Shetty and Ranveer Singh have wasted without collaborating. And it will make you wish they come together again and soon. Simmba will ensure you end the year on a high. Watch it with your family and ideally in a single-screen theatre for the complete experience.
Rating : 4 out of 5