Student of The Year 2 movie review: Is Tiger Shroff, Ananya Panday, Tara Sutaria and Aditya Seal-starrer worth your while? Check out our full movie review to find out! 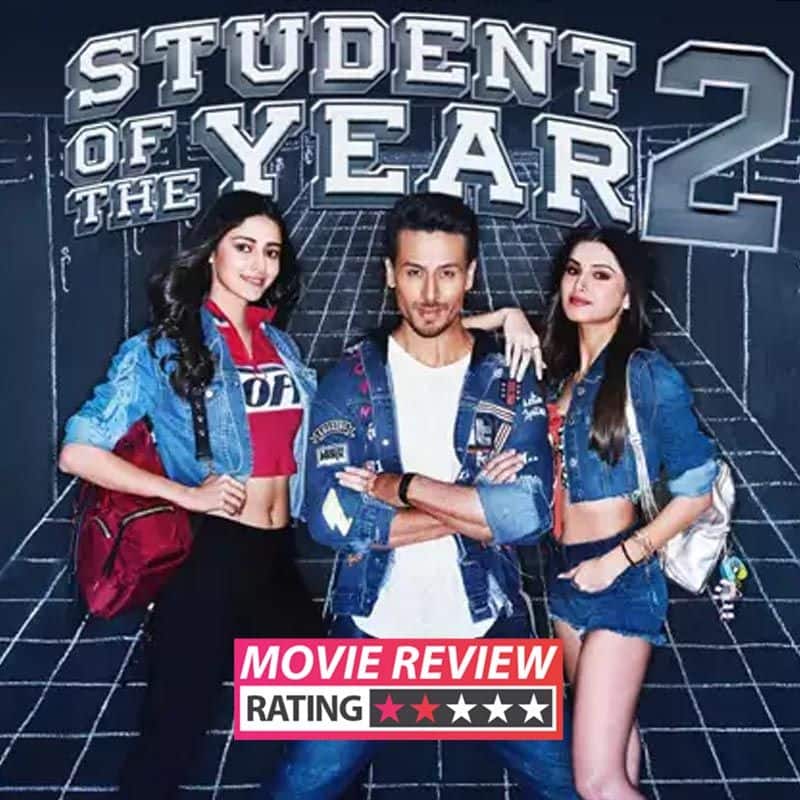 The much talked about debut film of Ananya Panday and Tara Sutaria Student Of The Year 2 is here. Tiger Shroff steps in as the leading man in this frothy college entertainer. The film is directed by Punit Malhotra. Well, it is the classic tale of the underdog. The setting is the same, Dehradun's prestigious St Teresa's college with just a poor student Rohan Sachdev (Tiger Shroff) trying to negotiate between his dreams and love for Mridula/Mia (Tara Sutaria). Also Read - Aparshakti Khurana reveals what's on his OTT web series binge list [Watch Video]

What is it about...
Sporting champ and lovestruck Rohan follows Mia into St. Teresa where he encounters the annoying Shreya (Ananya Panday). They have petty arguments and soon Rohan gets into a rivalry with the existing star student Manav Singh Randhawa (Aditya Seal). Matters escalate after Mia becomes a bone of contention between the boys. Slowly, Shreya and Rohan form a connection and what happens next is what the film is all about. Also Read - Nysa Devgn to Janhvi Kapoor: Star kids who are born fashionistas [VIEW PICS]

What is hot...
The actors power the film, which is extremely frothy and superficial. Tiger Shroff is earnest and his comic scene with Gul Panag is a laugh riot. You will see a new side of Tiger that is quite refreshing. Tara Sutaria is gorgeous and expressive. Coming to Ananya Panday, she has some of the best punchlines in the film and displays a comic flair that would make dad Chunky Panday proud. Aditya Seal pulls off his role as the egoistic, condescending and aggressive Manav effortlessly. He is a sheer joy to watch. YouTube star Harsh Beniwal and Abhishek Bajaj also do well. The music is the second biggest highlight of the film. The songs are placed nicely in the narrative and make for good listening. Ravi K Chandran films the hill stations with a lot of love and the film is a glossy package. Some of the dialogues are hilarious and make you crack up and how. Also Read - Entertainment News Today: KRK claims Karan Johar tried to commit suicide; Salman Khan wraps up Kisi Ka Bhai Kisi Ki Jaan shoot and more

What's not...
In a bid to make a candy floss-popcorn entertainer, people have neglected the story and how. All the characters are poorly developed. Only Shreya (Ananya Panday) has bit of a journey in the film. You don't feel any sympathy for Mia or resonate with Rohan, the way you should. It is disappointing as there was scope to do something different. Karan Johar's Student Of The Year had a better plot and emotional core.

BL Verdict
Leave your logic behind and you wont find SOTY2 to be a disappointment. It is a total timepass movie with some lilting music and funny one-liners. And let us tell you that both the girls are quite confident and you would see more of them.