Thank You movie review: A must watch for Naga Chaitanya and Raashi Khanna’s performance

Thank You Review: Naga Chaitanya's sincere performance and the movie's feel good message are the two strong points. The drawback is the similarity to Premam and the fact that it is boring in parts 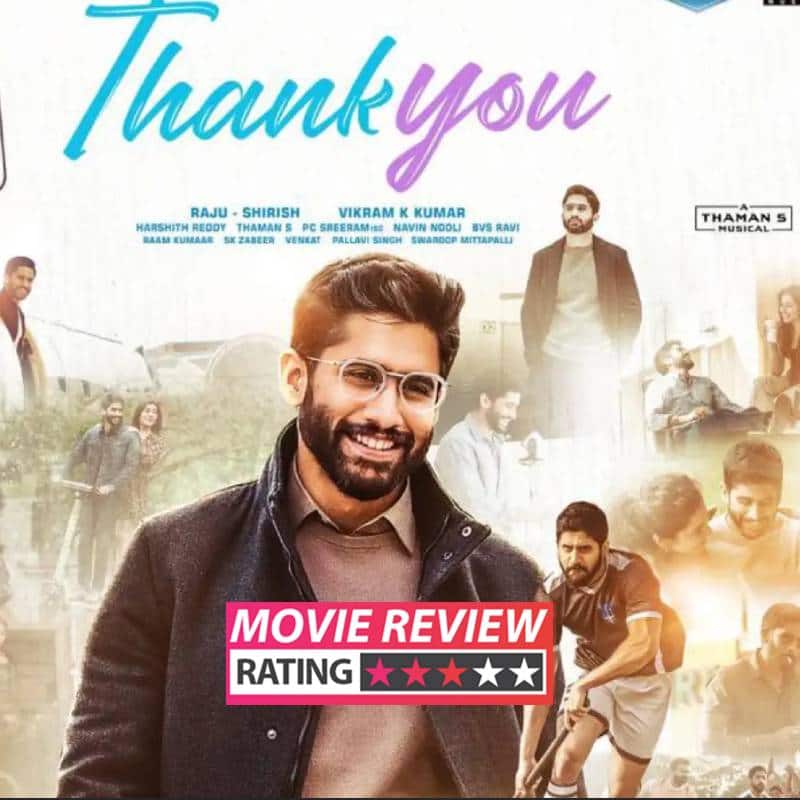 Movie: Thank You
Thank You Cast: Naga Chaitanya, Raashi Khanna, Malvika Nair, Avika Gor and others
Thank You Director: Vikram Kumar
Where to watch: In Theatres
Review by: Sarvepalli Bhavana Also Read - Raksha Bandhan 2022: Ranbir Kapoor give the festival a miss due to wife Alia Bhatt

Starring Naga Chaitanya and Raashi Khanna in lead roles, Thank You hit the screens today. Directed by Vikram K Kumar, the film is being praised by the audiences on social media. Here’s our review... Also Read - Suniel Shetty extends support to Akshay Kumar-Aamir Khan amidst the 'boycott trend' against Raksha Bandhan and Laal Singh Chaddha

Abhiram (Naga Chaitanya) is a highly successful business and is one of the top-notch people from the corporate world. He is obsessed with himself and is one of the egoistic people you will ever meet. His behaviour and nature will push his girlfriend (Raashi Khanna) also away. One fine day, things go wrong and that makes him regret the fact that he doesn’t express his emotions. He decides to thank all those people who had their back every time he was failing and falling. So he starts his journey to them, meets them and thanks them individually. What makes him regret and how his journey ends is something you got to watch on big screen. Also Read - Raksha Bandhan movie screening: Rupali Ganguly, Sunny Kaushal with mom-dad and more celebs attend the private preview of Akshay Kumar's film

Thank You is a must watch film. It is very much simple. So twists and turns. No lag or any kind of scenes that will make you walk out of the theatre. It is all about the life of an egoistic business man and how he realises the importance of people and the gratitude he has to have for them. Chaitanya just got into the skin of this role. The variations in his character and how he managed to show them with ease is something audiences are going to fall for. Chay delivered a clap- worthy performance and he needs all the appreciation for portraying these different shades superbly. Raashii Khanna looks beautiful and she also performs well in her mature role. Other heroines Malavika Nair and Avika Gor also give their best. Malavika and Chay’s track is quite good. Prakash Raj and Sampath played short roles but still, they outdid their performance. Director Vikram K Kumar handles the visuals well as they are one of the best aspects of the film. PC Sreeram’s camera work creates magic throughout the film.

The story of the film, though simple, is routine. Audiences are familiar to these kinds of emotional stories and Chay himself acted in a film like Premam where different phases of his life are shown. So this one is very much similar to Premam only. The Vikram trade mark is actually missing in this film. Majority of the story is predictable and boring but manageable in some parts. The film’s runtime is just 2 hours but it would have been better if it still had some trimming.

On the whole, the film is watchable and is a must watch for performances, visuals and the efforts the team put in.