The Batman movie review: Robert Pattinson and Matt Reeves' take on the caped crusader is gorgeous to look at but dull to experience

Bruce Wayne aka Batman (Robert Pattinson) is into his second year of fighting crime in the filth that Gotham has become, with Selina Kyle aka Catwoman (Zoe Kravitz) and Detective James Gordon (Jeffrey Wright) his only allies 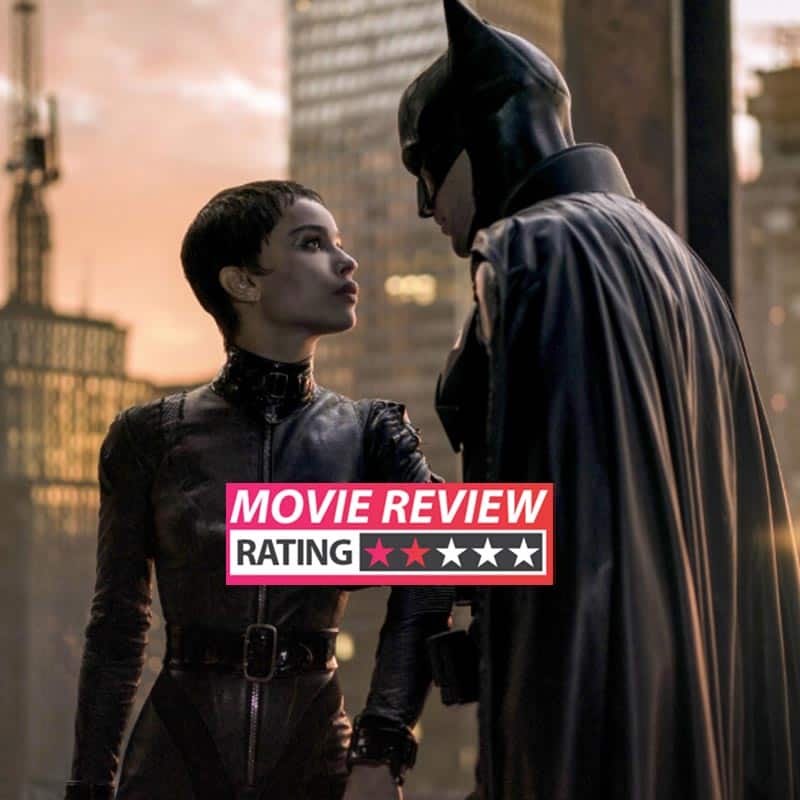 Batman has been done to death so many times both on the big screen and small in all shapes, forms and sizes that anything new is met with obvious skepticism, bred from excessive familiarity. There's also the small matter (pun intended) of Christopher Nolan's Dark Knight trilogy setting the bar just too high not only for all future Batman movies, but superhero films in general. In such a scenario, how does the new big-screen adaptation of the Gotham's caped crusader, titled simply The Batman, fare, and does Robert Pattinson managed to leave an impact in the eponymous role after Christian Bale, and before him, Michael Keaton, left their indelible imprints on the character? Unfortunately, both the film and performances barely pass muster, at least, for me. Also Read - BTS V aka Kim Taehyung BEATS Robert Pattinson, Hrithik Roshan and others to be crowned Most Handsome Man of 2022 [Check Top 10 List]

Bruce Wayne aka Batman (Robert Pattinson) is into his second year of fighting crime in the filth that Gotham has become, with Selina Kyle aka Catwoman (Zoe Kravitz) his only ally and Detective James Gordon (Jeffrey Wright) his only support among the cops or politicians. The hostility against the Dark Knight escalates when Riddler (Paul Dano) begins executing high-profile targets, leaving clues leading back to “The Batman”.

Watch The Batman trailer below:

Gotham has been reduced to filth and dirt and this dark, grimy aesthetic has been well captured by cinematographer Greig Fraser. Jeffrey Wright, Andy Serkis and Zoe Kravitz also do well to make leave their mark on the characters of James Gordon, Alfred Pennyworth and Catwoman in that order despite earlier and better version of these parts. Matt Reeves's direction does manage to shine, but only just and very sporadically, with the standout being the scene in the police station where (SPOLIER ALERT) Batman has to escape almost the entire precinct of cops gunning for him.

I get that Matt Reeves was going for a complete film noir vibe, in keeping with the earlier Batman comic and as a homage to Hollywood's detective classics of the 50s and 60s. However, merely dimming the lights, creating shadows, having everyone sulk and applying extended voiceovers isn't film-noir, especially when it can't evoke the style or feel that defines the genre nor does it imbue the characteristic that hark back to Batman's roots, where in both cases, the thrill of the case remained paramount while in the film, noir seems to have been misconstrued for endless wordplay and long-dragged out scenes, which could have easily been resolved. Furthermore, dimming the lights and casting long shadows isn't a statement of style as how you present it all makes a difference, which goes for a toss in this case.

It doesn't help either than there's a distinct lack of action in a superhero film, and whatever is there, is barely choreographed and barely registers a mark. The chase scene alone with The Penguin serves as a good example of how a similar action set piece was filmed way better with The Joker in Nolan's Dark Knight. The biggest drawback though is a horribly miscast Robert Pattinson as Batman while Paul Dano tries his best, but can't do much when his Riddler is tried to be made to look smart, but his action and motivations aren't all that fancy. And for all the amazing prosthetics to transform Colin Farrell into The Penguin, he's completely wasted as is a talented actor like John Turturro.

The Batman mistakes film noir for endless dialogue, jumbled voiceovers and dim lighting, leading to a bore-fest for major portions, compounded further by an atrociously miscast Robert Pattinson, weak antagonists and unremarkable action sequences that pale in comparison to even Tim Burton's Batman back in 1989. Forget not holding a candle to Christopher Nolan's Dark Knight trilogy, even 2016's bloated Batman v Superman is better than this. Barring a handful of moments that stand out and Matt Reeves showing glimpses of his craft that we loved in the new Planet of the Apes mvoies, there's precious little here to appeal to the family audience while the payoff isn't huge for matured viewers either. The last straw is an almost 3-hour movie that's desperate to appear as a noir saga, but is more of a soporific pill. I'm going with 2 out of 5 stars.