Two rival news channels with different sets of ideals, headed by Jaideep Ahlawat and Sonali Bendre see their feisty, motley crew of journalists navigate the rigours of media life as they attempt to uncover reports with a starkly different approach 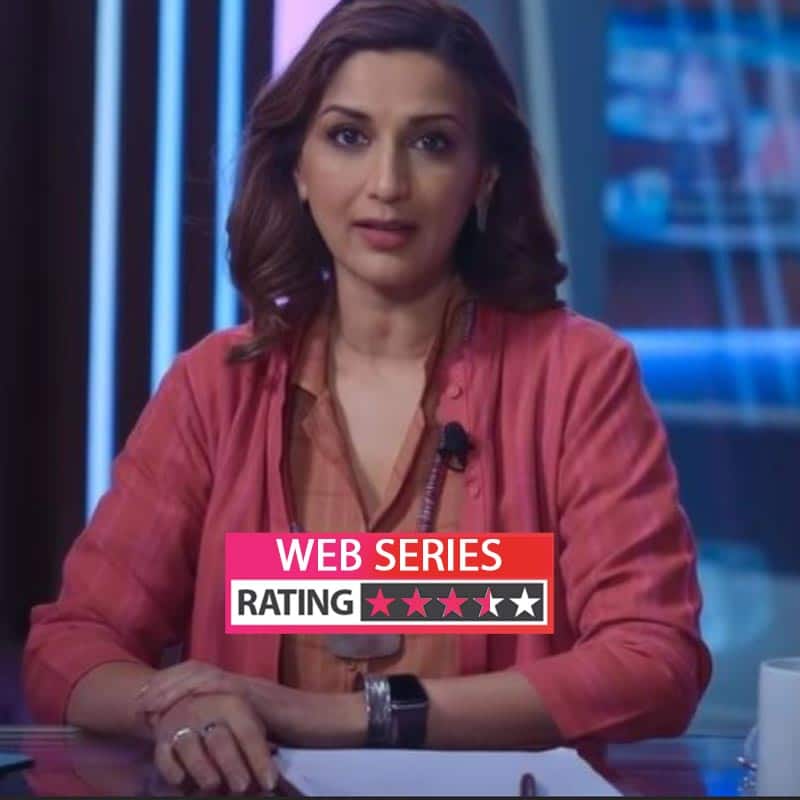 ZEE5 has always had a hit or miss reputation when it comes to web series. Thankfully, their latest, The Broken News, starring Sonali Bendre, Jaideep Ahlawat and Shriya Pilgaonkar, is not just in the former category, but sits near the top of it (near). The Broken News turns out to a razor-sharp adaptation of the highly acclaimed 2018 British show, Press, well molded to an Indian context, with Jaideep Ahlawat proving yet again he's one of the best actors going around and Sonal Bendre reminding one and all not only what we've been missing, but also how her talent was criminally underutilised during her heyday. Also Read - Khatron Ke Khiladi 12: Net worth of Shivangi Joshi, Sriti Jha, Rubina Dilaik and other contestants will blow your mind

Watch the The Broken News trailer below:

The Broken News presents an unexpectedly gripping take on investigative journalism, with the plot drawing us in further as we go, and a big twist at the end truly shaking things up. The production values and technicalities are also pretty sound and the performances are generally very good, not just from Jaideep Ahlawat and Sonali Bendre, but also the rest of the supporting cast.

Once again, comes a show that's a bit long in the tooth – an issues seen across the board, not particularly restricted to Indian web series. The Broken News could've easily wrapped things up in 6 episodes instead of 8, or at least trimmed it to 8 episodes of 25-40 minutes each instead of 40 minutes. Additionally, some of the sub-plots are left dangling or feel rushed toward a haphazard conclusion. Most of all, Shriya Pilgaonkar's performances is a total eye sore, getting all the more brutally exposed as one of the main leads alongside Jaideep and Sonali.

Some shortcomings notwithstanding, The Broken News on ZEE5 is still a riveting, binge-worthy web series that takes an incisive, topical look at on modern-day journalism in the country. I'm going with 3.5 out of 5 stars.