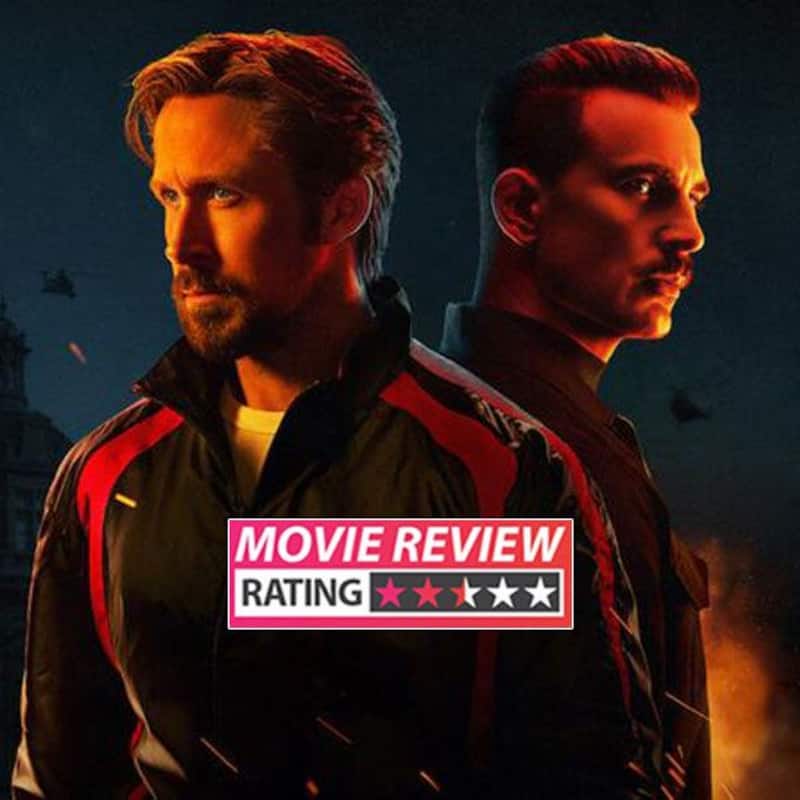 After ghost agent Sierra Six (Ryan Gosling) of the CIA uncovers dark secrets of his agency and a plot to keep them being buried by annihilating all members of his ghost team, a corrupt agency bigwig hires unhinged private contractor Lloyd Hansen (Chris Evans) to do away with Six, who, in turn, unleashes the world's most deadly mercenaries on his tail. Also Read - Raksha Bandhan star Akshay Kumar promises to never make any 'ghinoni films'; says, 'Even a psycho thriller should be viewed by families'

Watch the The Gray Man trailer below:

Right off the bat, the only things that keep The Gray Man barely afloat are the performances and a couple of action scenes – not even all of them. Ryan Gosling is the perfect laconic leading man, who's action well and truly speak louder than words, while Chris Evans is gleefully insane as a sociopathic private contractor, leading the biggest team of mercenaries. Ana de Armas is very impressive and almost matches Gosling's intensity and action chops, Rege-Jean Page is sufficiently creepy and Julia Butters is simultaneously spunky and innocent.

Veterans Billy Bob Thornton and Alfre Woodard do what veterans do. Coming to Dhanush, he's there for all of 15 minutes, but it's the impact he leaves both as an actor and the way his character is sketched that matters. Now, coming to the action, a long choreographed scene in Prague and the climax to some extent are the only major highlights, but shine enough to keep you mildly engaged. The production values, cinematography, VFX are all top notch, but that's what you'd expect from one or Netflix's most costliest products ever, boasting a $200 million budget.

The Gray Man is probably the most derivative film I've seen in my life. From the core concept to every plot point to how said points are executed to the sub-plots and right down to the character arcs – everything is a walking cliche, carrying a glowing lable of 'being there, done that and done that way better' from a thousand similar spy-action movies in the past. Divulging what these myriad derivations are technically count as spoilers, but I doubt anybody would consider them as spoilers if I were to actually reveal how many such derivations the film actually holds.

It's also telling that despite bearing so many similarities to so many better movies in the past, the first half of the film really tests your patience, till things pick up thereafter. The Russo Brothers – Anthony Russo and Joe Russo – once again display their grip over executing technically sound action scenes and making their characters look and feel stylish or injecting the dialogue with moments of humour, but it's their overall script (Joe Russo with Christopher Markus and Stephen McFeely) that's hackneyed and weighs down the execution. Even some of the action set pieces are surprisingly derivative (can't help but keep using this word), coming from the Director duo of some of the biggest action movies ever made. Another drawback is how long the movie is when it fails at multiple levels at holding your attention – 15-20 minutes could've easily been chopped.