The Kashmir Files: Varun Dhawan reviews Vivek Agnihotri's film; calls it one of the most hard-hitting movies ever made

Varun Dhawan applauds The Kashmir Files; here's what he has to say about the film. 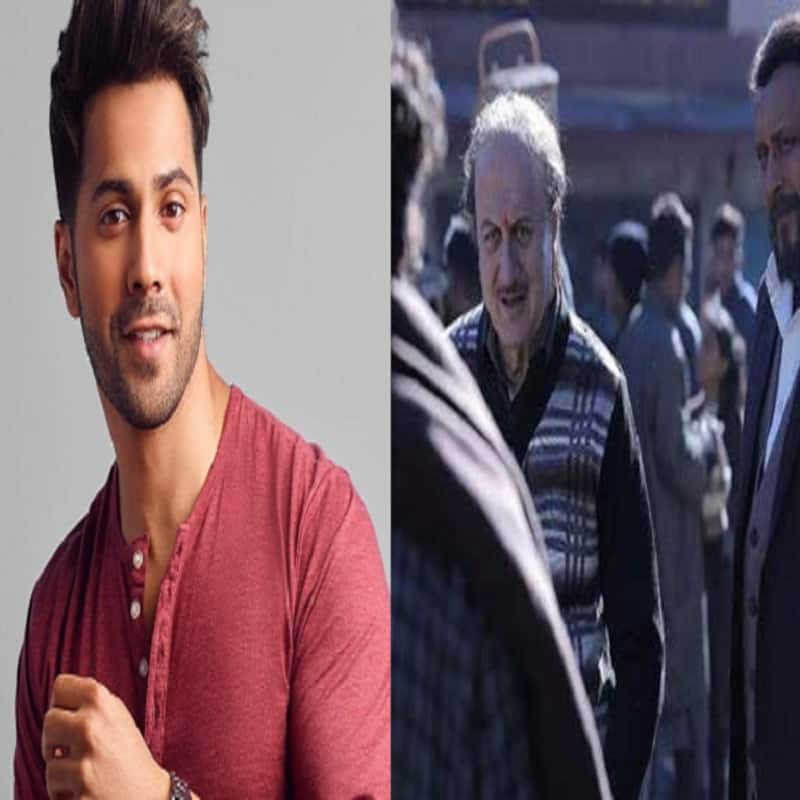 Right now, everyone is hailing and going gaga over The Kashmir Files. Ever since the film has released it has been receiving accolades across the globe. People, who have watched the film, cannot stop praising the performances and the content of it. Bollywood celebs like Akshay Kumar, Kangana Ranaut, and others praised the film. And now, Varun Dhawan had shared his review on the film. After watching The Kashmir Files he took to his Instagram stories and called the film hard-hitting. He wrote, "One of the most hard-hitting films ever made with incredible performances. Every technician has excelled. Anupam Kher deserves all the awards." He gave a huge thumbs up to the entire star cast and filmmaker Vivek Agnihotri. Earlier, Kangana Ranaut had hailed the film and shared, "Itni achi film banayi hai inhone ki Bollywood ke paap dho diye (They have made such a great movie that Bollywood's all sins have been washed away)." Also Read - Salaam Venky Movie Review: Kajol and Vishal Jethwa leave everyone emotional with their heart-touching performances

She had also slammed Bollywood celebs for being silent about the film. The actress had posted, "Please notice the pin-drop silence in the film industry about #thekashmirfiles not just content even its business is exemplary... investment and profit proportion might be such a case study that it will be the most successful and profitable film of the year. It also broke many myths about theatres being exclusive for big budgets event films or visual/VFX spectacles post-pandemic, it is breaking every myth and preconceived notion that was there and bringing back the audiences to the theatres, 6 am shows in multiplexes are full it`s unbelievable!!!" BollywoodLife also spoke exclusively with Darshan Kumaar who is an integral part of the film and is winning hearts with his performance. The actor stated that he was ashamed to not know this truth of Kashmiri Pandits and has played the character with utmost honesty. Also Read - Agastya Nanda REPLACES Varun Dhawan in Arun Khetarpal biopic; fans express disappointment after the big announcement