Thor Love and Thunder movie review: Here's what netizens have to say about Chris Hemsworth and Natalie Portman starrer. Read on to know more... 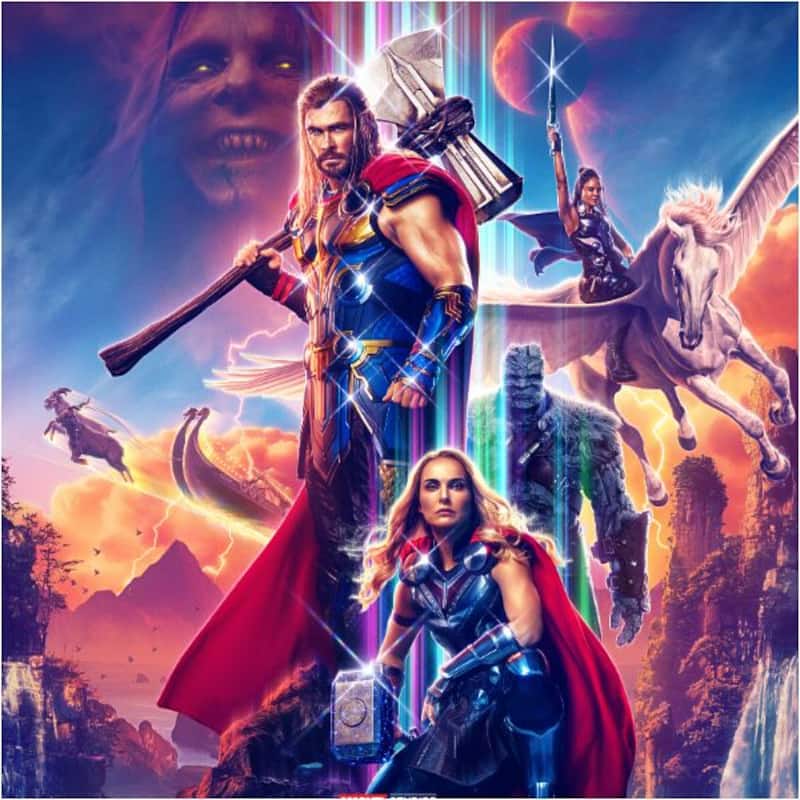 Finally, the wait is over! Taika Waititi’s Thor: Love And Thunder has hit the big screens in India today. The movie is the fourth Thor film and Chris Hemsworth returns in the titular role. Well, Marvel fans have been eagerly waiting for the movie. Natalie Portman returns to the franchise and she will be seen as Mighty Thor in the movie. The trailer of the film had impressed one and all, and it looks like the netizens are impressed with the movie as well. Also Read - Ghum Hai Kisikey Pyaar Meiin fans shower love on Ayesha Singh as she grooves with Akshay Kumar on Ravivaar with Star Parivaar

Thor: Love And Thunder has received a mixed response from the critics, but the movie is getting good reviews from the fans. A fan tweeted, “Another fun, action-packed chapter in Thor's long MCU journey. My expectations were exceeded. With perfect blend of comedy, character-driven stories and fantastic fight scenes, Thor Love and Thunder is one of the best movie in this phase.” Check out the tweets below… Also Read - Independence Day 2022: Huma Qureshi talks about what freedom means to her; 'Trying to be the best possible citizen of India' [Exclusive]

Funny and Entertaining like @TaikaWaititi films ✅✅#NataliePortman was good in her role ???@chrishemsworth never disappoints as #THOR ?#ChristianBale 's villan act was a bit down ?

After seeing Thor Love and Thunder, I can definitively say that it is one of the best looking MCU movies of all time pic.twitter.com/g65IJSbgm3

Another fun, action-packed chapter in Thor's long MCU journey. My expectations were exceeded.

With perfect blend of comedy, character-driven stories and fantastic fight scenes, Thor Love and Thunder is one of the best movie in this phase. pic.twitter.com/0m1wImetSI

Well, the last two Marvel films, Spider-Man No Way Home and Doctor Strange in the Multiverse of Madness had done great business at the box office. Spider-Man No Way Home had collected Rs. 218.41 crore at the box office in India, and Doctor Strange in the Multiverse of Madness minted Rs. 130 crore. Now, it will be interesting to see whether Thor: Love And Thunder will be able to beat the collection of these movies. Also Read - Independence Day 2022: Shah Rukh Khan, Aamir Khan and more Bollywood actors who were true 'Change-Makers' by redefining patriotism in THESE movies