Undekhi season 2 sees and DSP Barun Ghosh, Teji and Daman trying to bring the criminal empire of Rinku and Papaji while Saloni and Shashwat continue on the run, even as Koyal is still hell-bent on revenge against the Atwals 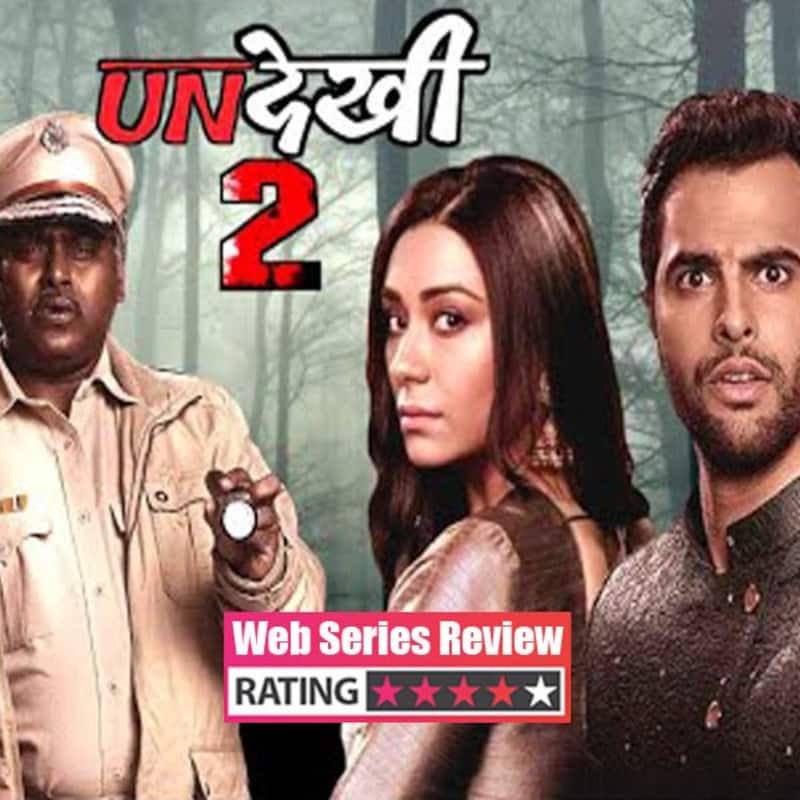 Undekhi, released back in 2020, is arguably India's biggest sleeper hit web series till date, yes even bigger than Scam 1992, which also, incidentally, released on Sony LIV. It brought together a motley group of actors (excluding a veteran like Harsh Chhaya), a relatively unknown Director/creator and a bunch of writers who were out to prove themselves, with Varun Badola the only known name among them. What happened next was that Surya Sharma, Anchal Singh, Ayn Zoya, Abhishek Chauhan and others became familiar with the OTT audience at least by their onscreen characters, Dibyendu Bhattacharya received a second lease of life and everyone was anxiously waiting for Undekhi 2. It's finally here, but making a mark when nobody expects much is one thing, and returning with the responsibility of expectations is an entirely different ball game? So, does Undekhi season 2 live up to such lofty expectations? Well, let's just say it's as close to a perfect sophomore season one could've hoped for, and we'll take that with open arms. Also Read - Trending OTT News Today: The Gone Game season 2 trailer, Richa Chadha trains in Kathak for Heeramandi and more

So, are you excited about what to watch this weekend or what to watch this week and wondering whether Undekhi 2 is worth your time? Scroll down for my full Undekhi 2 web series review... Also Read - Trending OTT News Today: Stranger Things season 4 volume 2 trailer is out of this world, Hansal Mehta and Sony LIV reunite for the untold story of R&AW and more

Picking up immediately from where the first season left off, Undekhi season 2 sees and DSP Barun Ghosh (Dibyendu Bhattacharya), Teji (Anchal Singh) and Daman (Ankur Rathee) trying to bring the criminal empire of the latter's cousin, Rinku (Surya Sharma), and father, Papaji (Harsh Chhaya), down while Saloni (Ayn Zoya) and Shashwat (Sayandeep Sengupta) continue being on the run, even as Koyal (Apeksha Porwal) is still hell-bent on revenge against the Atwals. The introduction of new character further stirs the pot.

Watch the Undekhi 2 trailer below:

The best part of Undekhi season 2 is how the makers have kept the tension alive while also taking the plot forward in interesting new directions. Despite season one being a tough act to follow, the team has returned with a clear plan and executed it with surgical precision. You delve deeper into the lives of every character, while the new additions aren't thrown in for the heck of it – everyone and everything plays their part. No prizes for guessing that the performances, once again, are spot on as is the editing, both of which were among the highlights first time around. The cinematography again is nothing striking, but passes muster.

Unlike season 1, Undekhi 2 does have a few plot holes, with the decisions of some of the characters at crucial junctures questionable. Also, this time around, there's a slight dip in the narrative, especially in episodes 7 and 8 (perhaps pruning two whole episodes wouldn't have been a bad idea). Additionally, in spite of another exciting finale, you do get the feeling that the conclusion this time around was a bit inorganic if not contrived.

Barring a couple of minor hiccups, Son LIV's Undekhi season two more than lives up to its killer – literally and metaphorically – first season in more ways than one. It's absolute binge-watch stuff this time, too, and waiting for season 3 is again going to be unbearable. I'm going with 4 out of 5 stars.