Uri: The Surgical Strike is 2019's first release. Read our review to find out if it s worth your time. 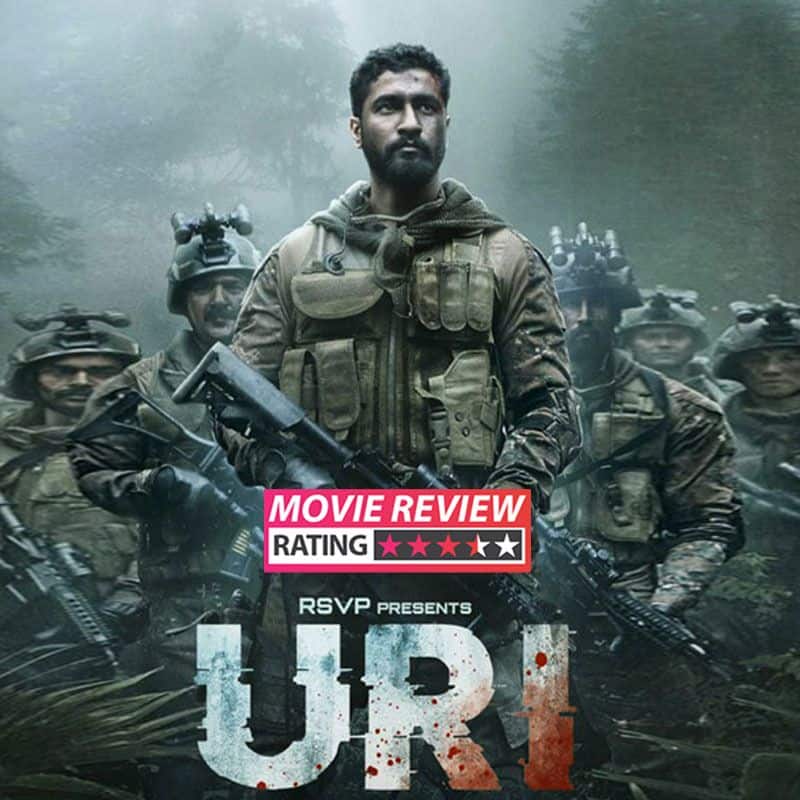 Vicky Kaushal had a fabulous 2018. The actor got everyone talking with his portrayal in Sanju and then left everyone asking for more with his act in Manmarziyaan. Now, the actor returns in a different avatar. The actor plays an army officer, a first in his career, for Uri: The Surgical Attack. The film is based on the surgical strike of 2016. The actor takes on the big screen with Yami Gautam, who was last seen in Batti Gul Meter Chalu, and Paresh Rawal. Does the team do justice to the recreation of the Uri attack? Is it worth spending time of your weekend? Read our review to find out. Also Read - Koffee With Karan 7: Did you know Alia Bhatt-Karan Johar drunk-dialed Vicky Kaushal right before his wedding with Katrina Kaif? Deets here

What's it about? Also Read - Koffee With Karan 7: Vicky Kaushal shares the thoughts he had on the day of his wedding with Katrina Kaif and it's hilarious AF

Based on the surgical attacks planned and executed by the Indian Army in 2016, Uri explores different attacks that took place before the attack and the last straw which forced the Indian government and the army to take such actions. Vicky plays Major Vihaan Shergill who leads the mission against the terrorists. The film is divided into five chapters. Each chapter is told through Vihaan’s perspective. Viewers are taken through his personal and professional life. Movies goers are introduced to the army officer, his work, his family and his love for the country. Also Read - Here’s when Katrina Kaif will announce her pregnancy with hubby Vicky Kaushal [Exclusive]

There are quite a few good things in Uri. Let’s start with the obvious: Vicky Kaushal. The actor has put in a lot of effort in the movie and it is evident. Right from trying to replicate an army officer’s behaviour to the action scenes in the second half where he is ruthless with those who killed his kin and others in the army, Vicky keeps you hooked. The actor also shows different facets of the character in the movie.

In one of the chapters, you meet the doting son who leaves his on-ground post to be with his mother who is diagnosed with Alzheimer's disease. You feel his fear of being forgotten by his mother. In another part of the movie, you see him battling with his emotion while paying his respect to those soldiers who lost their lives fighting the terrorists. His expressions in the scene – breaking from within yet holding back because he’s standing there as a disciplined army officer – tear you apart. You choke, if not let those emotions pour out. Even in the second half, Vicky makes you root for him.

While Vicky holds the movie on his shoulder, the supporting cast bring the movie together. From Kriti Kulhari to Manasi Parekh, the supporting actors’ roles were crisp and done well. Yami is seen stepping out of her comfort zone. Paresh’s subtle portrayal as the mastermind behind the Uri attacks keeps you engrossed.

I personally enjoyed the story telling. Director Aditya Dhar, who is also the writer of the movie, chose to divide the story in parts to help the audience understand what was going on. There were too many stories that had to be told. Instead of intertwining them into a one-length movie, I enjoyed that it was divided like a book. It was engaging and educating. There were no unnecessary dialogues placed to induce nationalism and patriotism which was a relief.

The movie has its flaws. While the story telling format is good, the stories are long. Although I enjoyed the military portions of the movie, the personal and political angles to it were a drag. There were subtle digs at political parties which were unnecessary, especially since the movie was focusing on the efforts of the intelligent agents and the Indian Army.

The movie is long, and it absorbs all your energy. You’re caught up connecting the dots of each story in the first half. You will have to read up on the attacks a little before entering the theatre to get understand the film better.

If you loved watching movies like Border and L.O.C: Kargil, Uri: The Surgical Attack is a film for you. It will make you laugh and cry, and you'll walk out of the theatre feeling proud of the soldiers, both on and off the screen.