Are you planning to watch Varisu starring Thalapathy Vijay, Rashmika Mandanna in theatres? Thalapathy Vijay is back and this time with a family drama that will remind you of Hindi TV shows and Sooraj Barjatya films. Read our review of Varisu below: 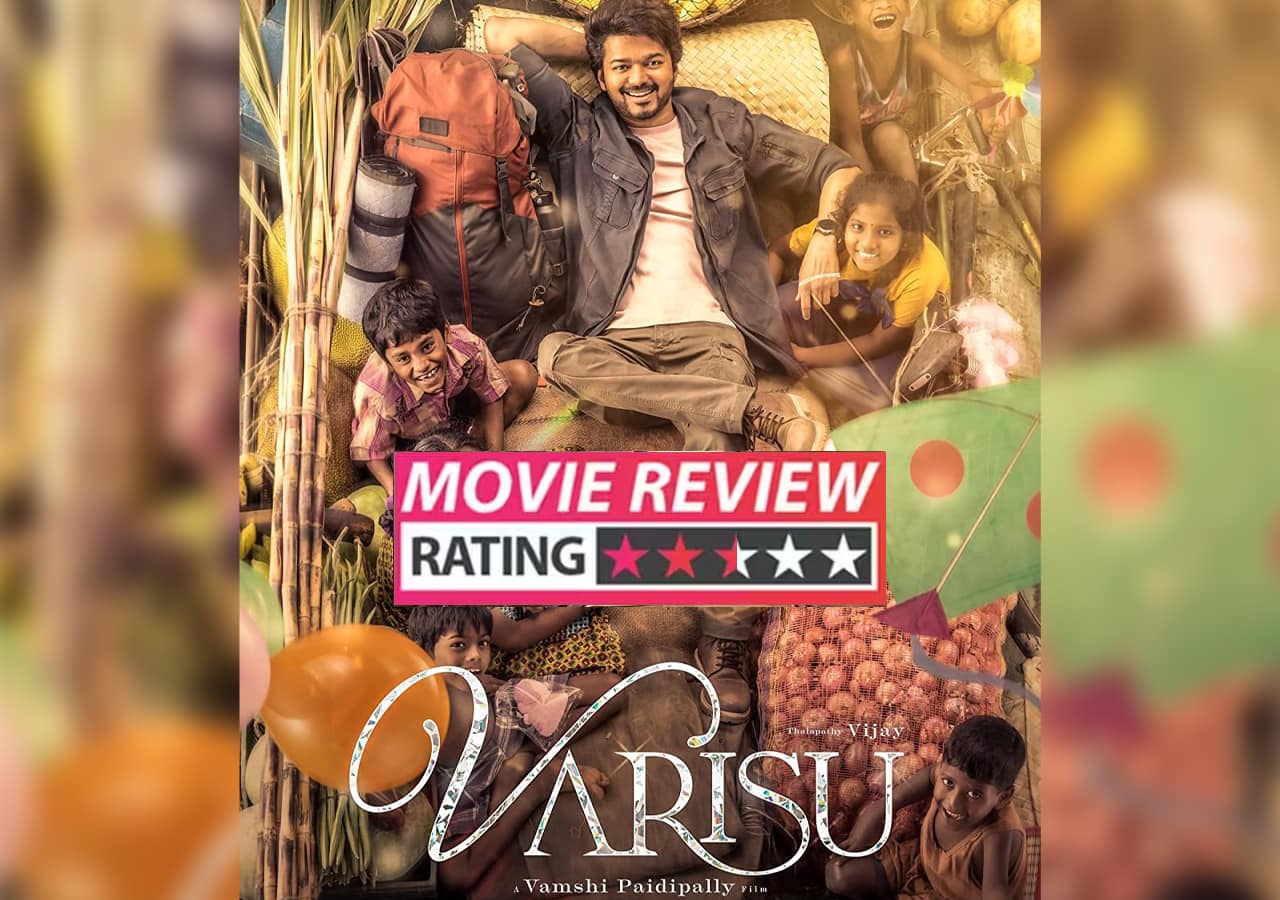 Movie: Varisu
Varisu Cast: Thalapathy Vijay, Rashmika Mandanna, R Sarathkumar, Jayasudha, Shaam, Srikanth, Prakash Raj, Yogi Babu and more.
Varisu Director: Vamsi Paidipally
Varisu Release Date: January 13, 2023
Where to Watch: In theatres
Review by: Shivani Pawaskar
Varisu is a family drama movie with action as well. Thalapathy Vijay and Vamshi Paidipally have come up with a family drama that will serve well to the Hindi TV audience (you’ll know when you watch the film) and the fans of Sooraj Barjatya, who is known for family-oriented films. Will it cater to everyone? Entertainment News is buzzing hot with Varisu. Even if you are a fan of South Indian films and are in two minds about whether to watch it or now, read our review to know…

Varisu centres around a family named Rajendran. It has a patriarch running a successful business empire in the country. Being a businessman he runs his family in the same manner. He lives with his two sons who are business-minded like him but they are also selfish. He also has a younger son who was thrown out of the family as he didn’t follow his lead. However, when there’s a threat to the patriarch of the family, things change for the whole clan.

Watch the trailer of Varisu here:

Thalapathy Vijay of course. The mother-son relationship of Thalapathy Vijay and Jayasudha will touch your hearts. Thalapathy Vijay’s character, Vijay adds the perfect dose of action and entertainment including comic relief. R Sarathkumar is good as the father and so are the sons, Shaam and Srikanth. Prakash Raj is good too. Yogi Babu adds comic relief as well. The visuals are soothing to the eyes.

The length of the film. One might think it's too long and dragging to no end. The pace is too slow as well, especially in the first half. The songs are good but do nothing to add to the story. They are sheer dance numbers. The story seems a little far-fetched with the lack of a proper villain. If you are going to watch the movie for romance between Rashmika Mandanna and Thalapathy Vijay, don't keep your too high.