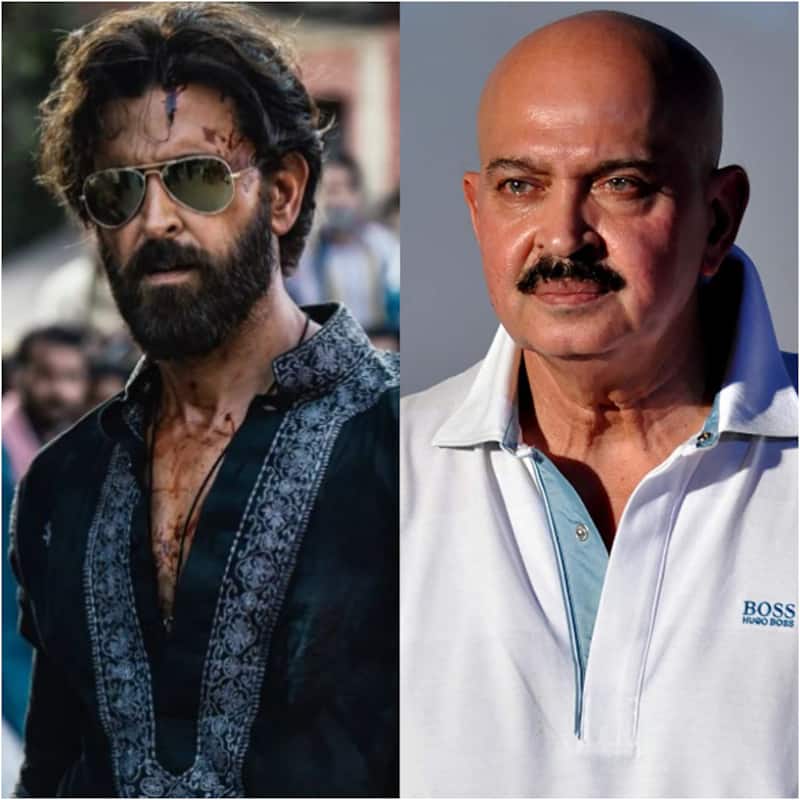 Vikram Vedha starring Hrithik Roshan and Saif Ali Khan is all set to release on 30th September 2022. After Brahmastra, it is expected that Vikram Vedha will create a storm at the box office, and the trailer and the songs have created a good pre-release buzz. Moviegoers are waiting to read the reviews of the film, and Vikram Vedha first movie review is out now. The movie is reviewed by none other than Rakesh Roshan who is a veteran actor and filmmaker, and also Hrithik Roshan’s father. Also Read - Hrithik Roshan and Saba Azad to move in together: Vikram Vedha actor REACTS

Senior Roshan took to Twitter to share his review. He tweeted, “Saw Vikram Vedha TERRIFIC credit to the director, actors & the team WOW!” Check out the tweet below… Also Read - Radhika Apte expresses unhappiness with her small role in Vikram Vedha: I did the film as I wanted to work with...

Reviews started coming already. Hope it continues after release too and builds up a strong wom which will convert into bo numbers.?#VikramVedhaReview #VikramVedha https://t.co/Q9pHg4NZ2n

When one of the best directors in the industry gives a WOW, you gotta watch it. #VikramVedha #HrithikRoshan? @iHrithik https://t.co/HNlBXE9K77

Vikram Vedha is a remake of a Tamil film of the same name. The original movie starred Vijay Sethupathi and R Madhavan in the lead roles and was a hit at the box office.

After watching the trailer of Vikram Vedha, one can expect it to be a massy action entertainer that moviegoers have been craving for. In the past few months, the audience has not seen any good action film, and it looks like finally, their wait will come to an end on 30th September 2022.